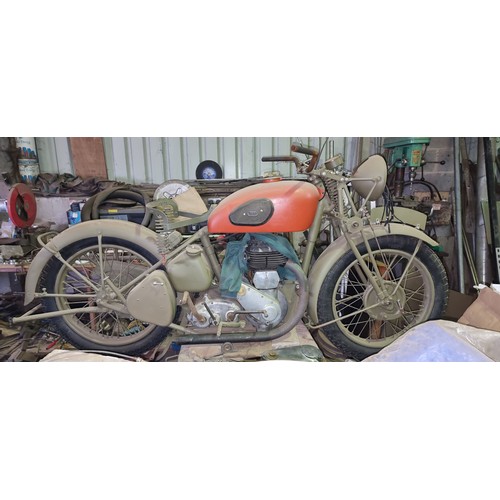 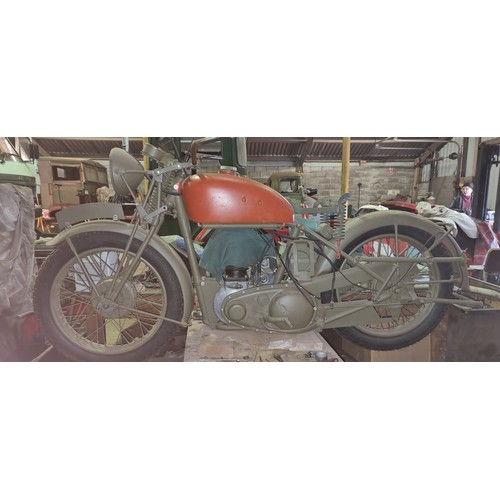 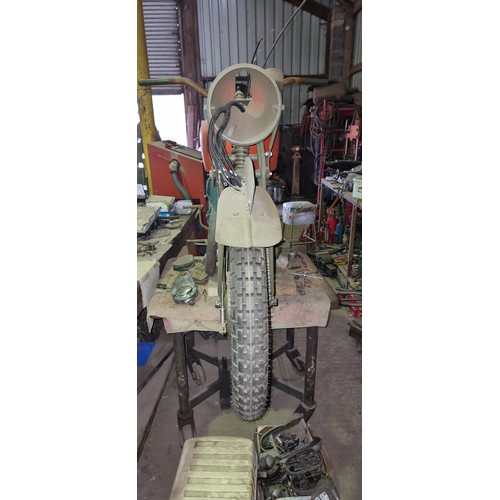 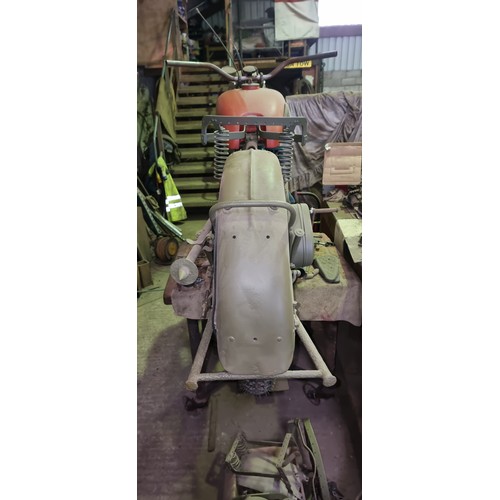 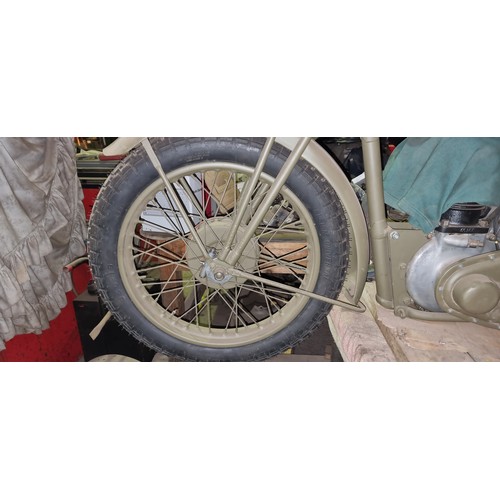 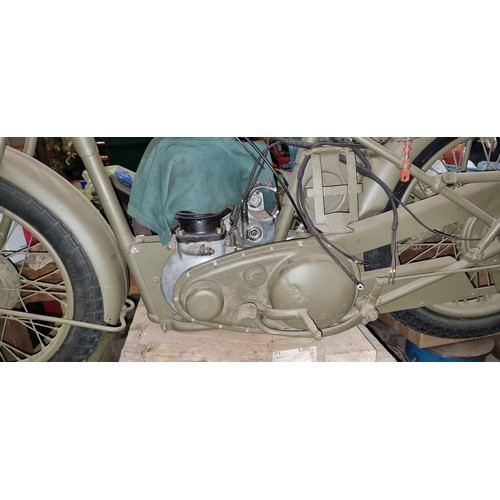 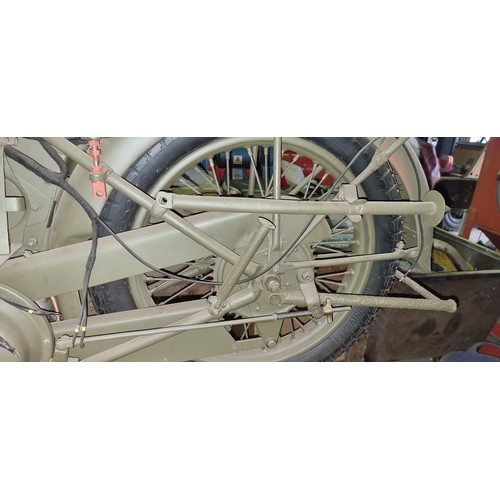 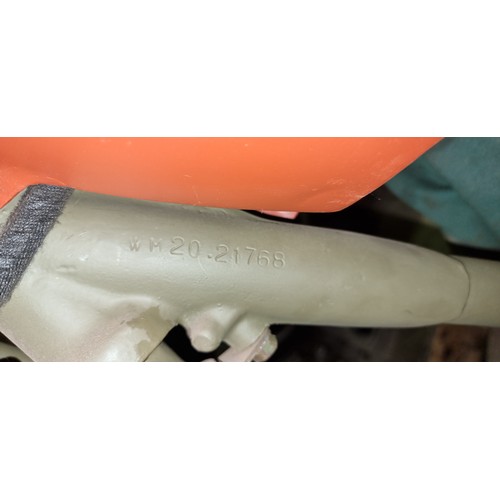 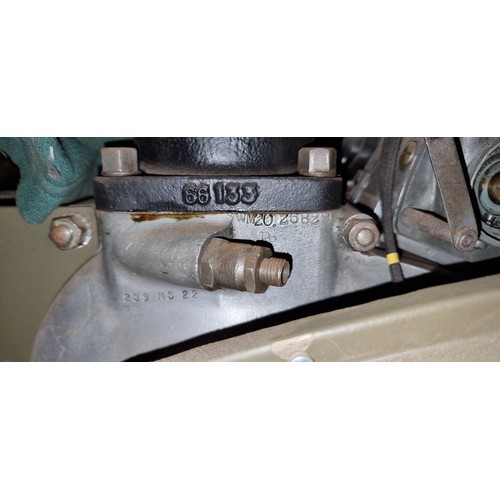 c.1941 BSA M20, 499cc. Registration number YXS 185 (non transferrable) Army tank number C4197280. Frame number WM20.21768. Engine number WM20.26829.
It's entirely appropriate that Birmingham Small Arms, a firm that was founded in 1861 to provide rifles to the military, should answer the call when England entered World War II in 1939. BSA had been in the motorcycle market since 1910 and by the Thirties was well on its way to becoming the world's largest motorcycle company. With the advent of hostilities, production concentrated on the M20 military single, some 125,000 of which saw duty during the war, used in every theater by the Army, the Admiralty and the Air Ministry.
Introduced to the civilian market in 1937 the sidevalve 496cc M20, with rigid frame, girder forks and four-speed, hand-change gearbox, was intended mainly for the sidecar man. Ruggedly built and endowed with copious low-end pulling power, it was successful in its intended role as a tug, though that invariably meant it was far from the most exciting model in BSA's catalog. That workaday quality, plus the addition of a foot-change gearbox, served the M20 well when it joined the military, doing sterling service as a dispatch rider's mount and convoy escort. Though M20 production ceased in 1955, the bike saw service in limited numbers throughout the 1960s when it was finally taken off the books.
This matching numbers 1940 example saw service during WWII and is a nearly completed project. Dispatched from the factory on the 20th June 1940 on tally number 314047 with frame number 21768 and engine number 21768 this is a rare example to still be complete. The metal has all been painted, the engine stripped and rebuilt with new piston and bearings, the gearbox is rebuilt with new bushes, the carb has also been rebuilt, the brakes overhauled, the wheels respoked with new tubes and tyres, all replacement parts are period not reproduction. The vendor believes it to be 97% complete, and oil indicator is missing.
Sold with the V5C

This machine has not been running, it is a stalled project 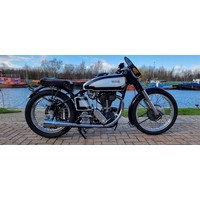 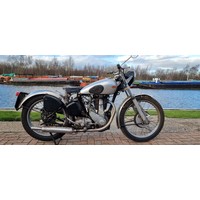