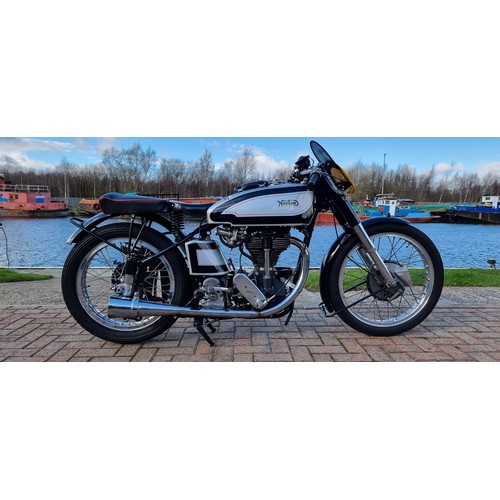 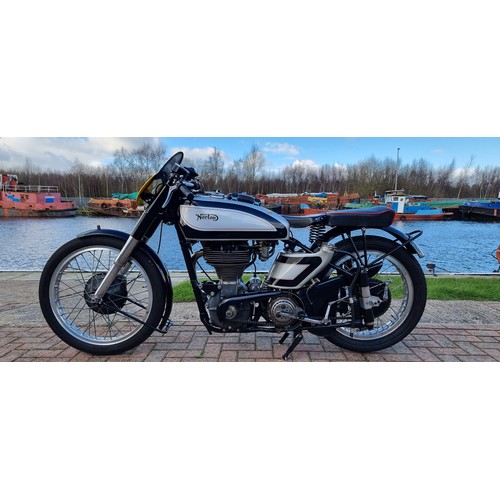 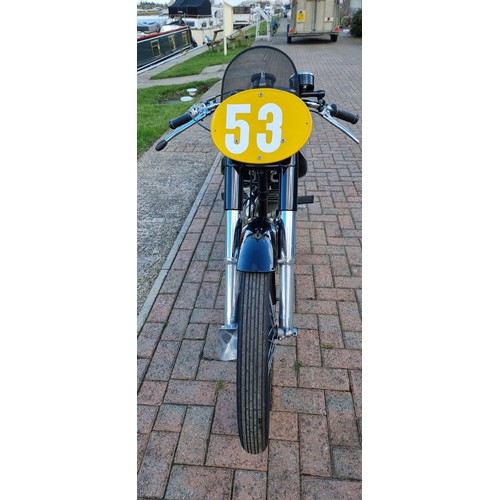 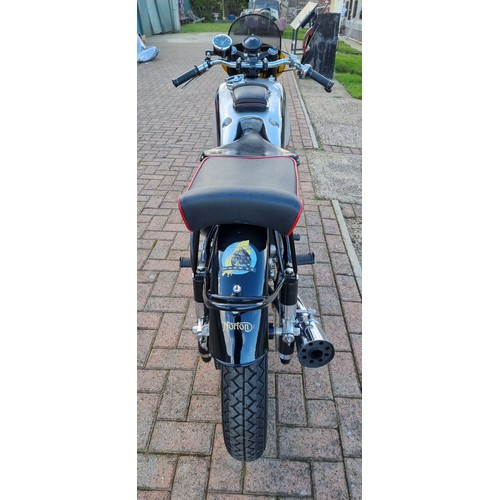 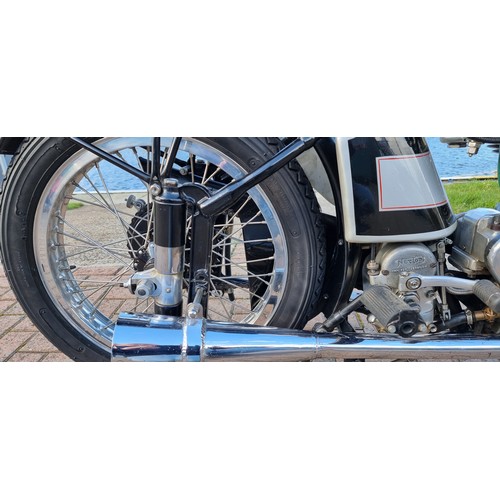 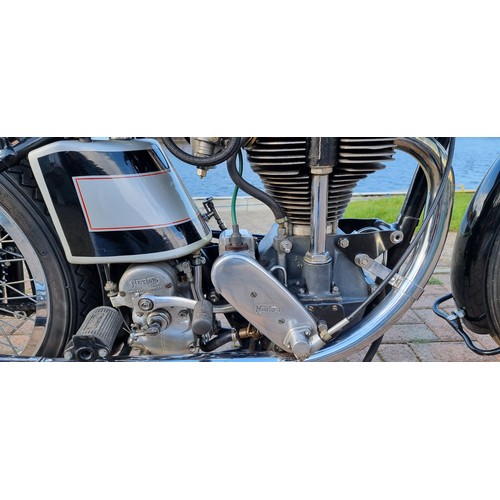 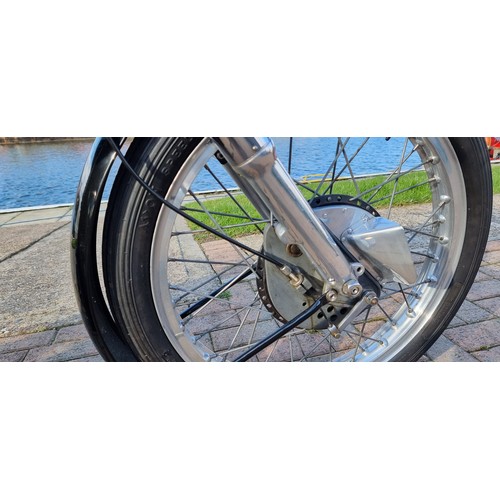 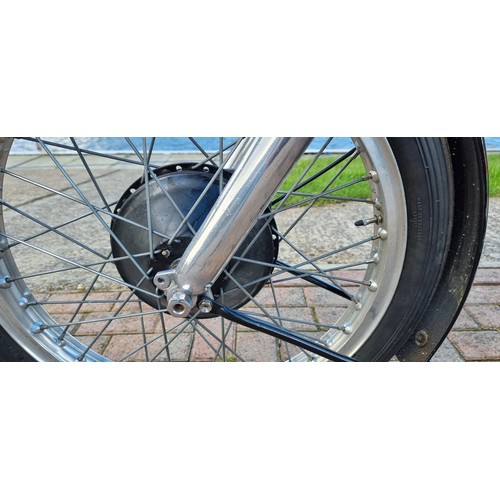 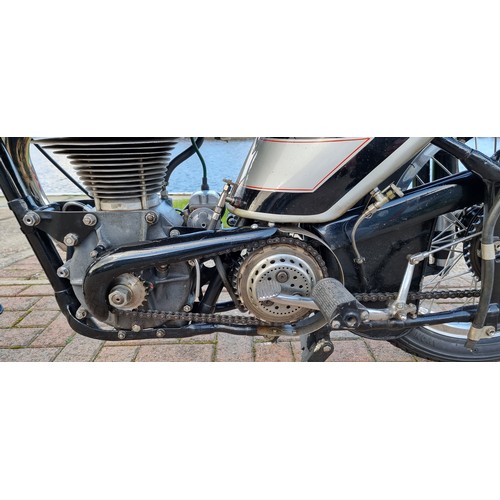 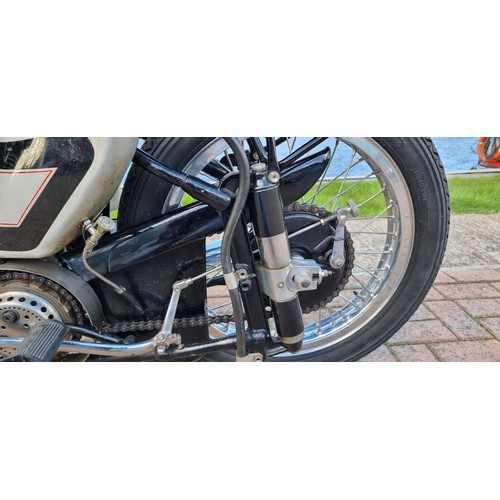 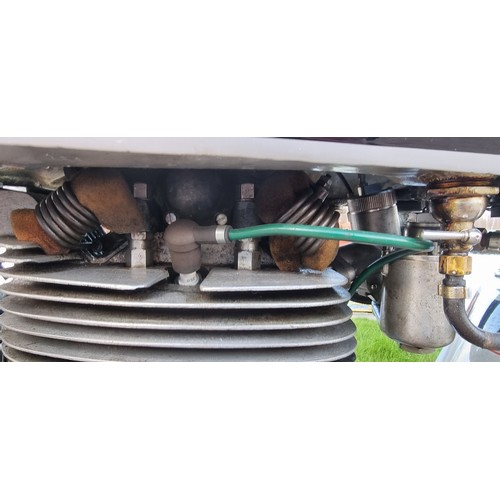 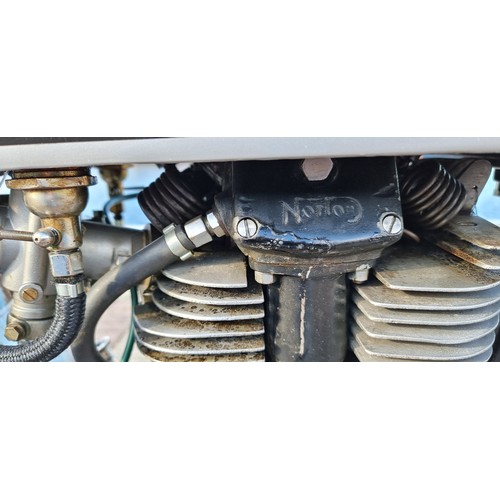 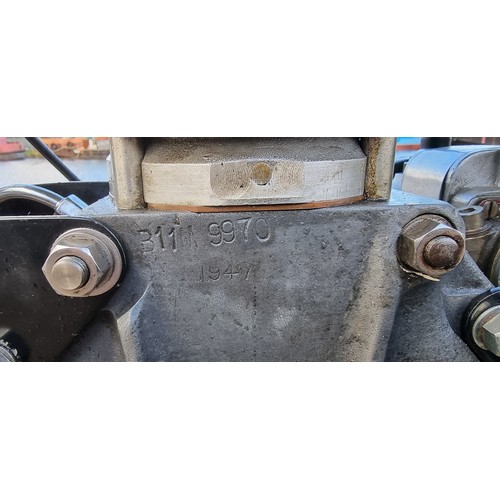 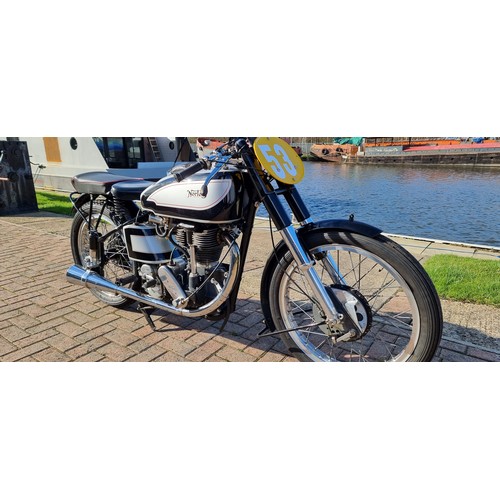 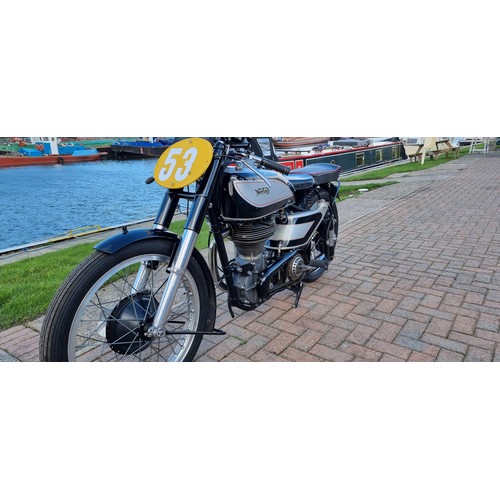 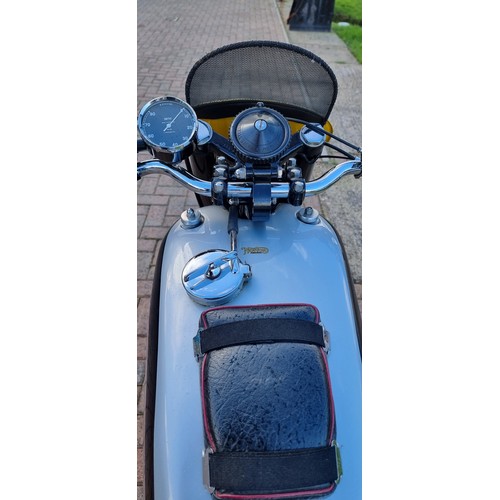 1947 Norton Manx, Model 30M, 499cc. Registration number not registered. Frame number not found. Engine number B11M 9970 1947.
Dubbed 'Manx Grand Prix' in 1939, what would become the best-known racing motorcycle of all time had become simply 'Manx' when production resumed in 1946. Norton's over-the-counter Manx racers were much the same as their pre-war counterparts, with single-overhead-camshaft engine, 'square' cylinder head finning, upright gearbox and plunger-suspended 'garden gate' frames. Only the presence of the Roadholder telescopic front fork readily distinguished them from the '39 machines. 1949 brought the first significant change in engine specification, the Manx gaining a double-overhead-camshaft cylinder head like that enjoyed by the works bikes for many years, but the major development was the arrival of the Featherbed frame for 1951. The works' adoption of the McCandless-designed duplex-loop swinging-arm chassis the previous year had given the Nortons a new lease of life in Grand Prix racing, and Geoff Duke duly took both the 350 and 500cc world titles in 1951. The cycle parts remained essentially unchanged from then on apart from the adoption of a double-sided, twin-leading-shoe front brake for 1962. Manx engine development though, continued steadily, latterly under Doug Hele's direction, until production ceased at the end of '62, among the most significant design changes being the adoption of 'square' bore and stroke dimensions for 1954 and coarser-pitch bevel teeth in 1957.
Utilizing a 499cc 2-valve single, the earlier models (pre-1954) of the Manx produced 47 horsepower and could hit a top speed of 130 miles per hour. Weighing just 313 pounds thanks to the light engine, this bike absolutely dominated the Isle of Man TT in its day.
According to the VMCC extract from the Norton Archives this example was dispatched from the factory on the 19th May 1947 to Daniels of London for Thornton.
Its early history is unknown but our vendor bought it in 2012, he has ridden it at Coupes Moto Legendes, Dijon, 2014 and Mallory Park 2015. Unused in recent time it will need a little recommissioning before hitting the track again.
Sold with the VMCC build sheet, a copy instruction manual and several photographs. 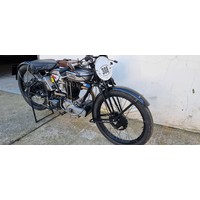 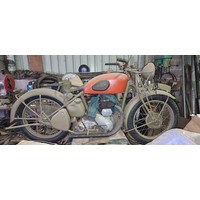