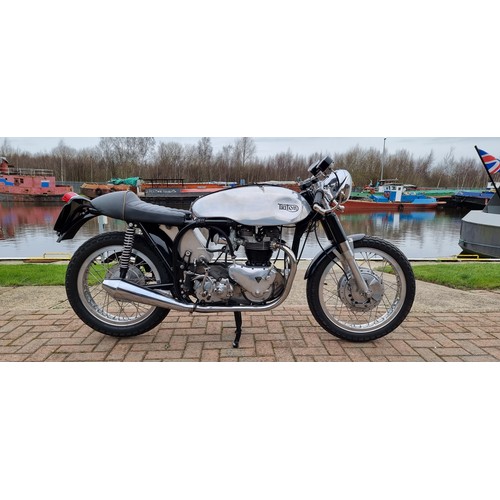 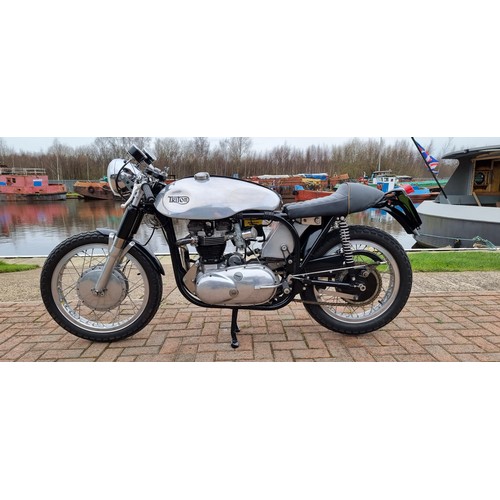 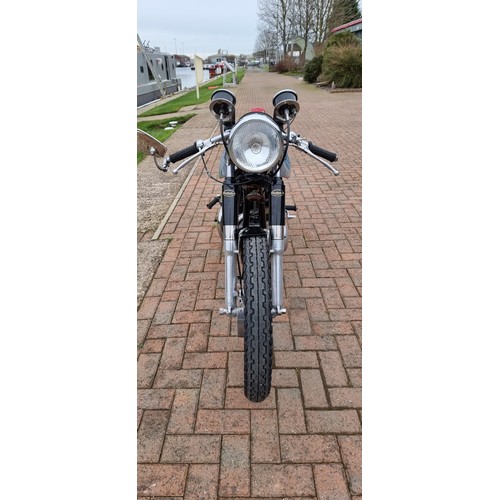 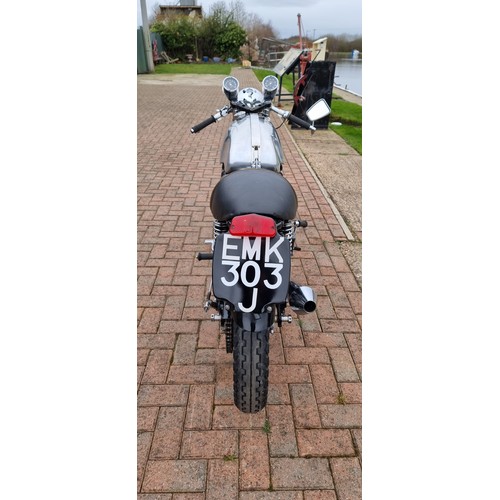 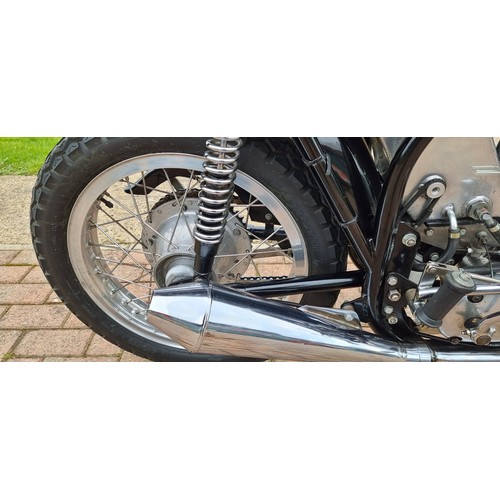 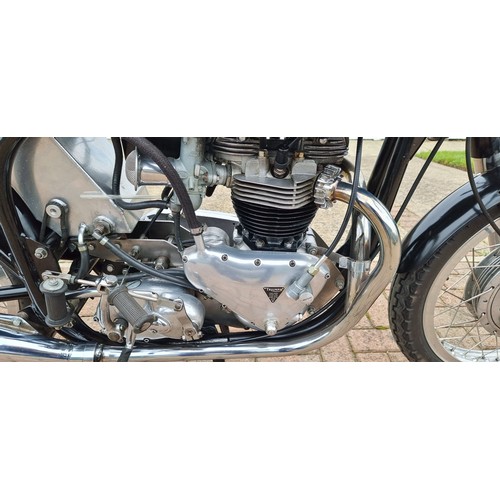 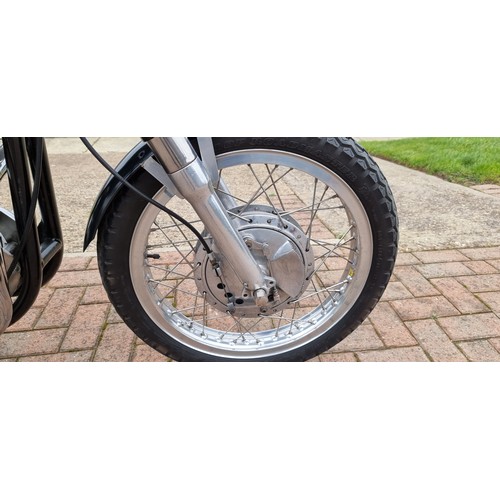 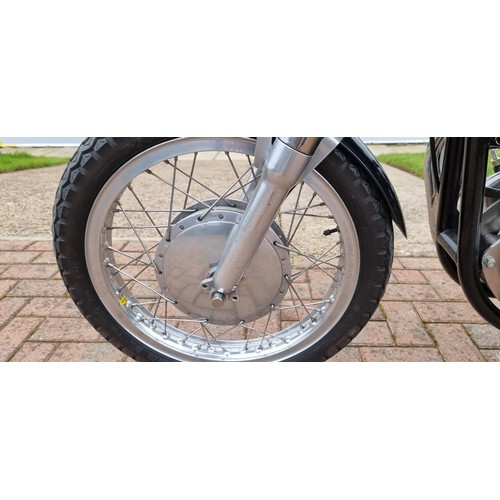 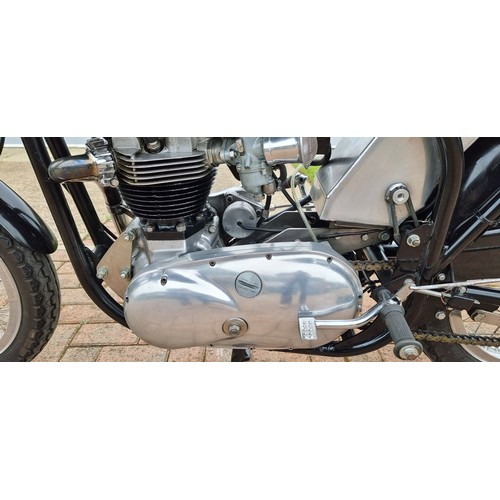 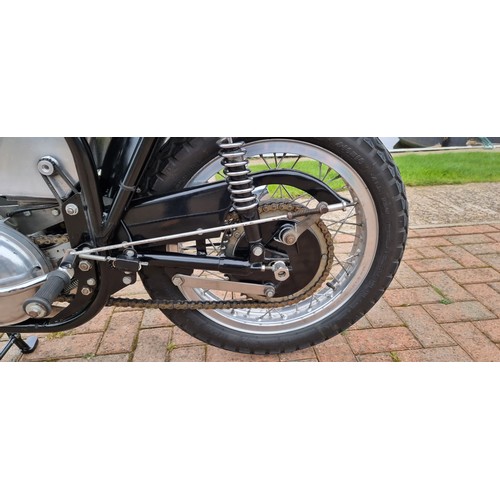 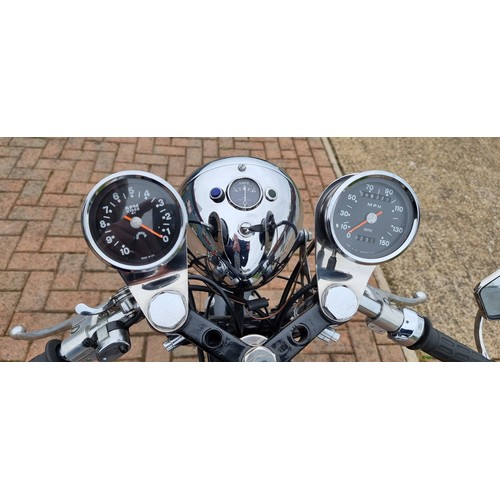 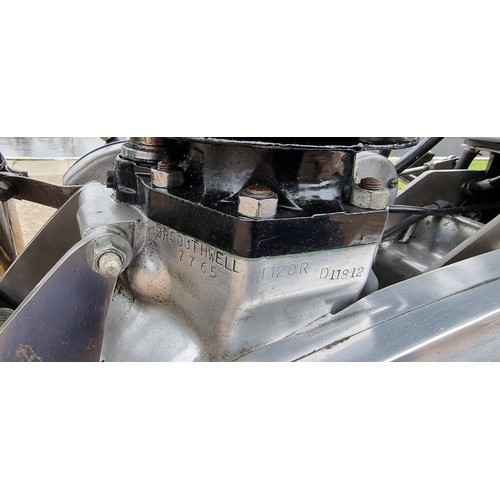 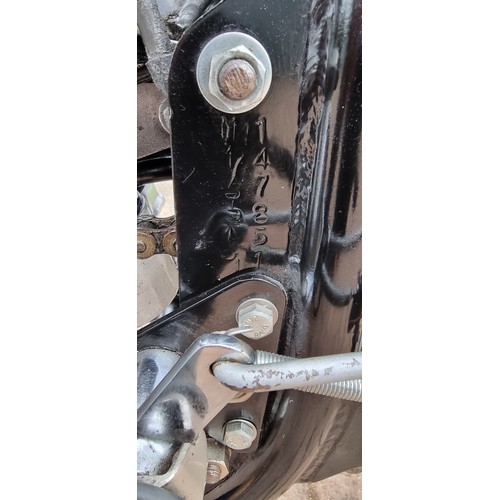 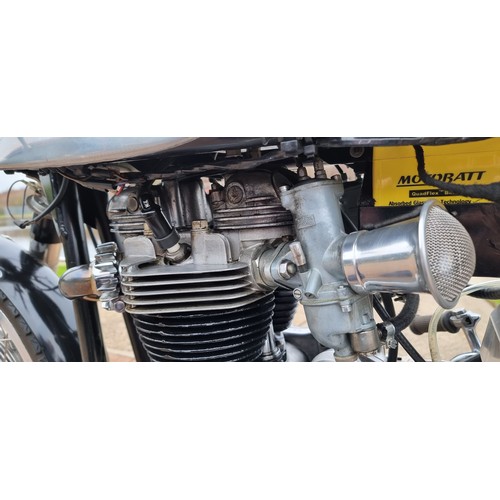 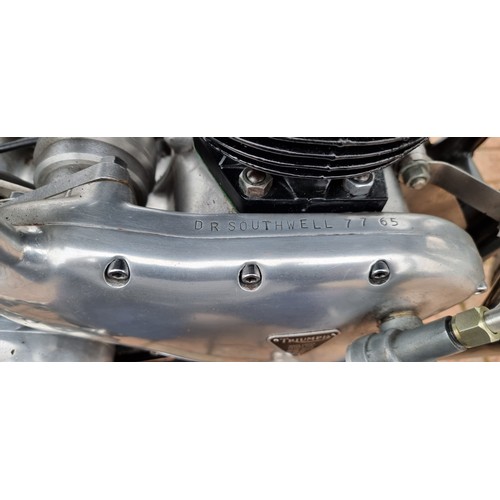 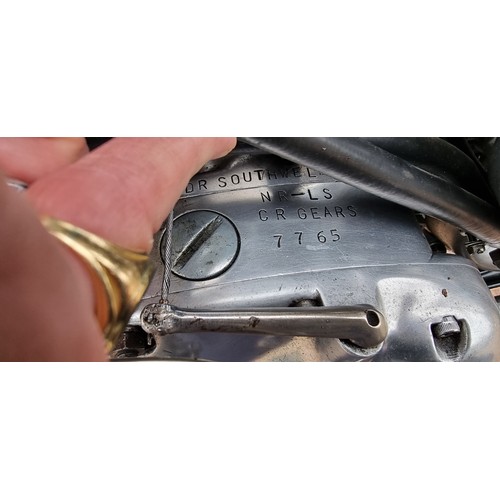 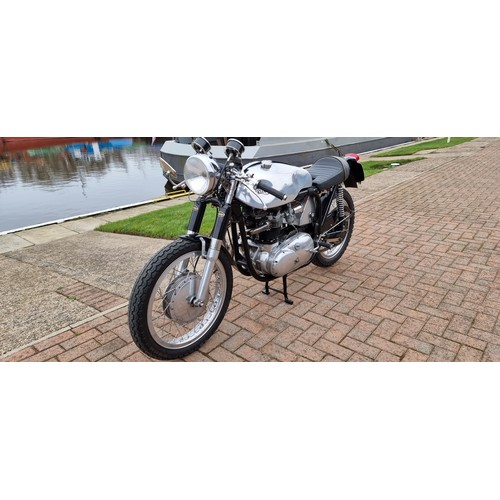 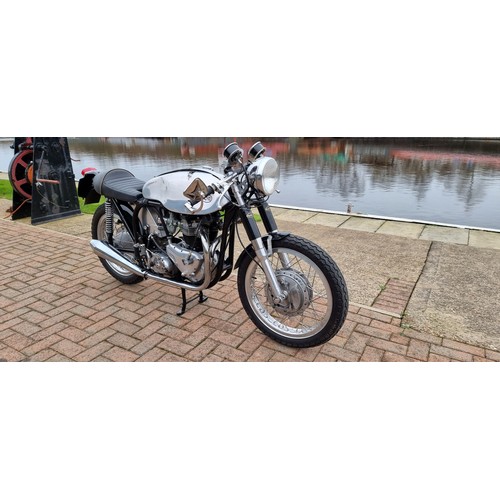 1971 Norton Triton, 650cc. Registration number EMK 303J. Frame number N14 78513. Engine number T120R D11812.
A happy marriage of Triumph power and Norton roadholding, courtesy of the latter's peerless Featherbed frame, the Triton is rightly regarded by enthusiasts as the quintessential British sports special. This hybrid first emerged in the 1950s and continues to be built by professionals and amateurs alike, enjoying marque status today. One of the first specials-builders to put the Triton into what might be termed 'limited production' was Dave Degens, proprietor of Dresda Autos. Riding one of his own Dresda Tritons, Degens won the prestigious Barcelona 24-Hour Endurance Race in 1965, defeating many works-entered bikes in the process, and went on to develop his own Featherbed-derived frame to take power units other than the original Triumph. The T140 750 cc was the second generation in the Bonneville series developed from the earlier 650 cc T120 Bonneville and was produced by Triumph in a number of versions, including limited editions, from 1973 until 1983 when the company was declared bankrupt. Licensed production of the T140 Bonneville was continued by Les Harris between 1985 and 1988 at Newton Abbot in Devon, these machines became known as 'Harris' or 'Devon' Bonnevilles.
EMK was built in 1965 by D R Southwell using a 1959 Dominator wide line frame (uncut), a 1961 T120R Bonneville engine, with a close (high) ratio box, all casings are stamped with Southwell's name and dates. It is believed he built as a club racer then subsequently road registered with DVLA in 1971 as a Norton Triton. Completely rebuilt to current spec 12 years or so ago.
Akront rims, Dresda Tacho, Belt drive primary, electronic ignition, sporty cam, twin Amals, fully rebuilt tuned motor (still on perfect standard bores)
Our vendor states that it started first time but it has now been unused so several months so will need recommissioning, runs and rides really well. The MOT history from being put on the road in 1996 with 22 miles through to 2001 at 4,500 miles, by 2012 it was 5,933 miles, 2013 at 6,025, 2018 at 6,073 and today it is 6,637 miles.
Sold with the V5C, historic class, some history, and a few old photographs. 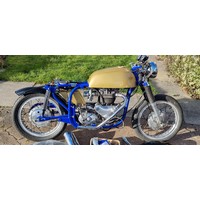 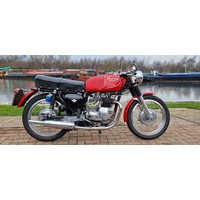