Local interest at our next Railwayana and maritime Auction

Coming up on 13th May 2022 we are bringing local history to the sale room and the canal! We are pleased to announce that the Wallingfen Coracle Men will be 'messing about on the river' whilst the auction takes place. Open to the public to view the coracles and watch the auction.

The Coracle Men and local history at Spicer's Auctioneers

We're excited to have the coracle men visit whilst the auction is running, paddling their bowl shaped boats around the canal as we work through the Lots!

The coracle - also known as the currach, bull boat, quffa, parasil - is a small, keel-less boat. Their main uses has always been as a means for fishing or transportation. Today, certainly within Europe, their main use tends to be recreational, although in Wales a number of licences exist to permit use as a fishing vessel. In other parts of the world, particularly the Middle and Far East, they are still used for their original purpose - as a workboat for fishing or transportation. The coracle has a long history spanning thousands of years, evidenced in cave paintings of their use from the early Bronze Age and perhaps as far back as the Ice Age. The coracle is likely to be the first form of water transportation.

To find out more visit their website The Coracle Men 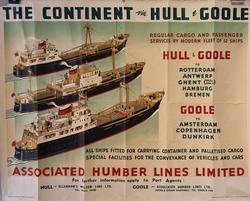 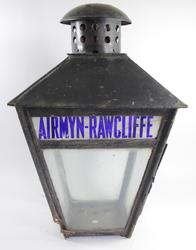 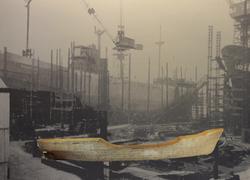 Provenance: Our vendors Uncle was a chalker at the yard until it closed in 1984, he was given them as a leaving present, then by descent. The stern freezer trawler saw service until 1987 when she was renamed Lord Shackleton and used as a safety vessel, then renamed Shackleton in 1993 as a salvage vessel, in 1998 she became Al Raya 1 and was broken up in India in 2004.  There are also two others, Thuntank 5, built at Goole Shipbuilding and Repairing Co. Ltd., for Thun Tankers Ltd., London, 1970, and Alacrity, built at Goole Shipbuilding and Repairing Co. Ltd., for Everard & Sons Ltd., London, 1966, as well as over 100 local history postcards.