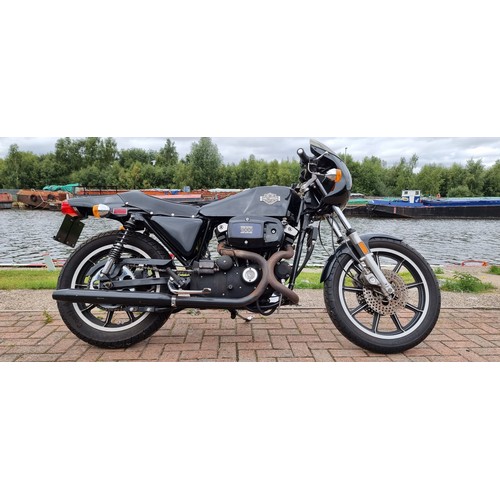 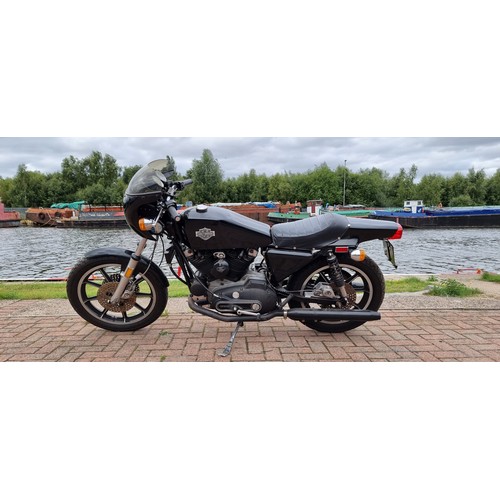 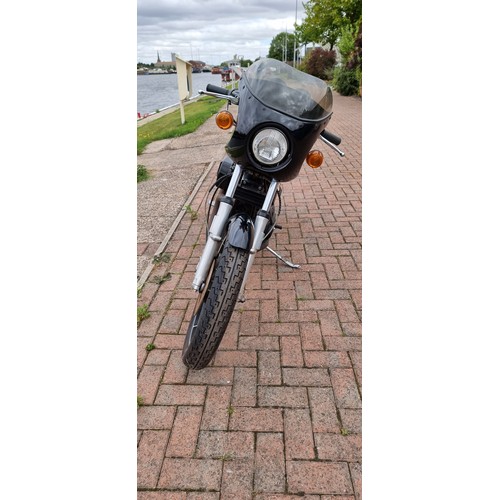 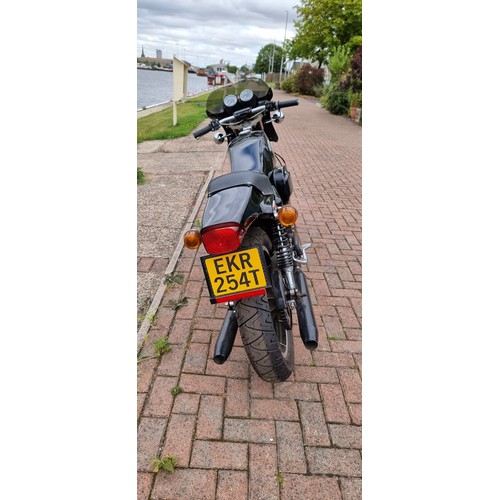 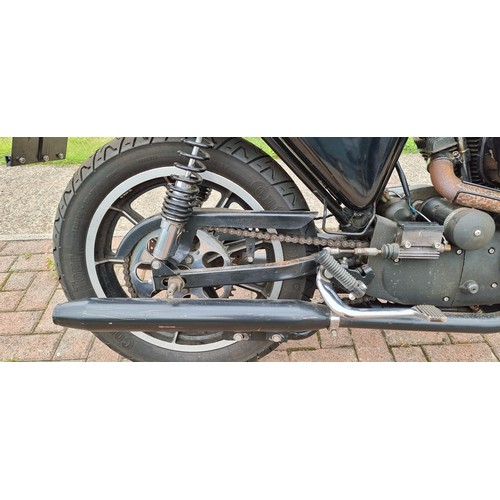 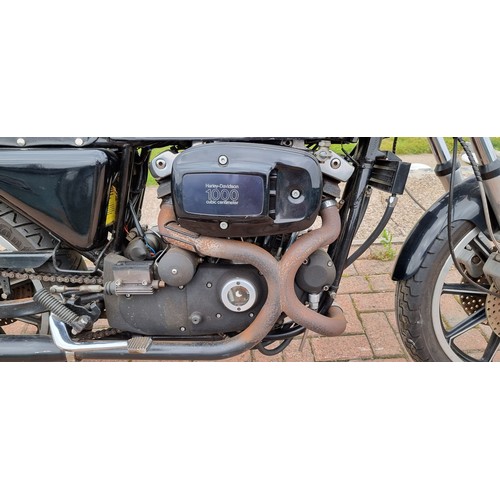 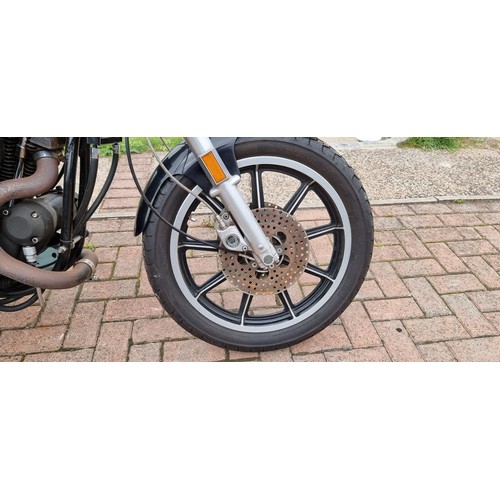 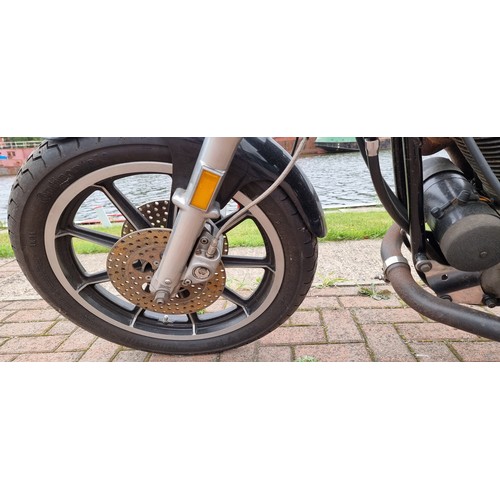 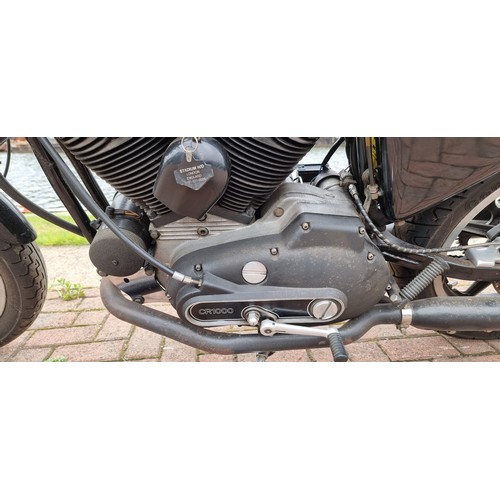 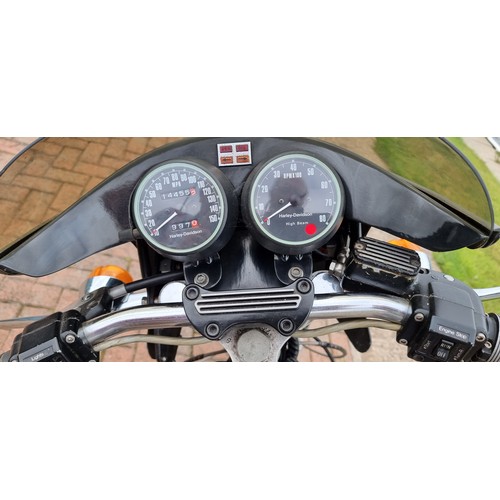 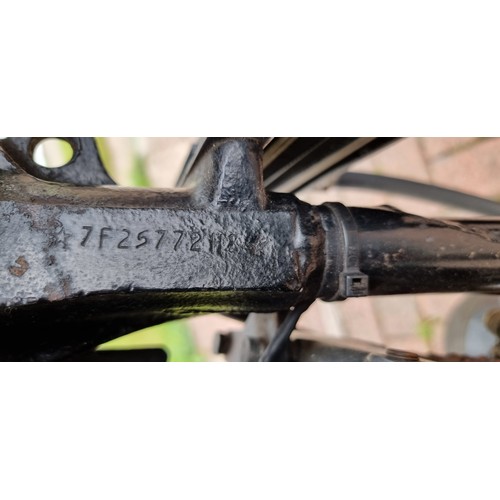 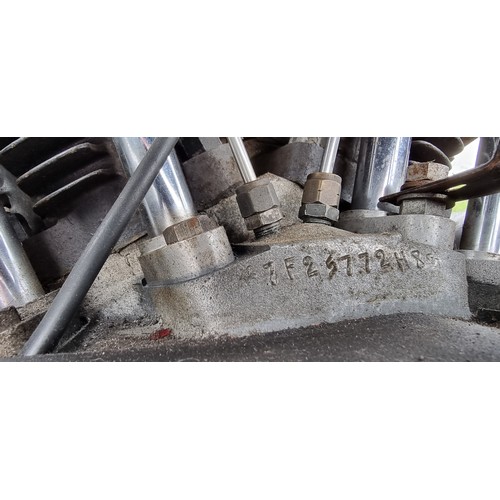 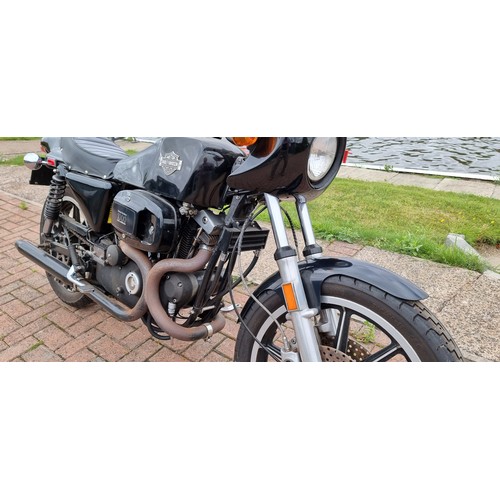 1977 Harley Davidson XLCR1000, 998cc. Registration number EKR 254T. Frame number 7F25772H8. Engine number 7F25772H8.
First released in 1977, the XLCR was quite a bold departure from the Harley-Davidson formula. A Sportster in café-racer clothes, it was in production for just two years and has become one of the most interesting and collectible of modern Harleys. With much input from then-new styling chief Willie G. Davidson, the short-lived XLCR (XL denoting the Sportster family, CR for Café Racer) comprised a lightweight frame and standard Sportster engine. The petrol tank and tail section had a certain XR750 dirt-tracker feel, but stretched and streamlined, complemented by low-rise handlebars and a bikini fairing up front. Morris mag wheels and triple disc brakes were used, along with a Siamesed exhaust system in black chrome.
Unfortunately the bike's sinister all-black appearance wasn't backed up by its performance, sales were slow, and production ceased in 1978 after less than 2000 examples had been manufactured, assuring its collector status.
EKR was imported into the UK in 1990 being owned by Daniel Smith of Pittsburg from 1986. By 1999 it was with Mark Martin and there are receipts on file from Black Bear and Warr's for service parts purchased. Our vendor bought it in 2005. There are MOT's on file from 1997 at 24,998 miles to 1999 at 25,930 miles. In 2001 it was recorded at 13,203 indicating a new speedo, through to the last one in 2014 at 14,197 miles, the front brake master cylinder failed on a ride and it was parked up.
Now in need of recommissioning this rare machine will make a good winter project ready for the spring.
Sold with the V5C, USA title, MOT history, various receipts, owners manual and parts book. 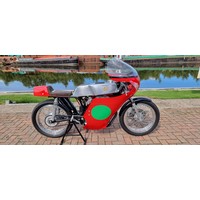 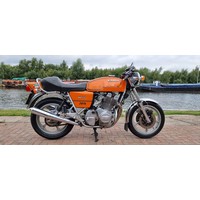