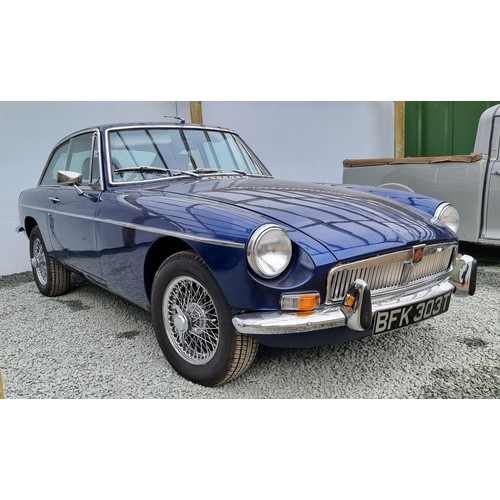 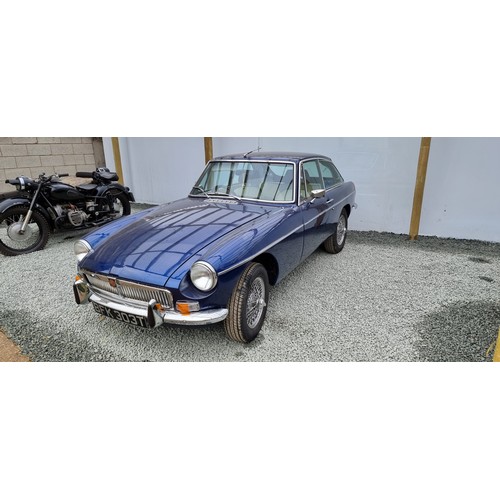 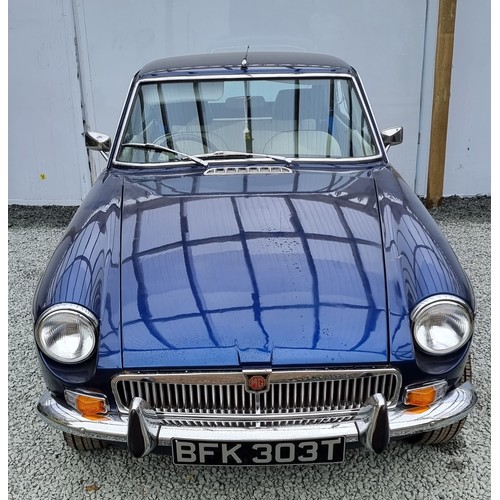 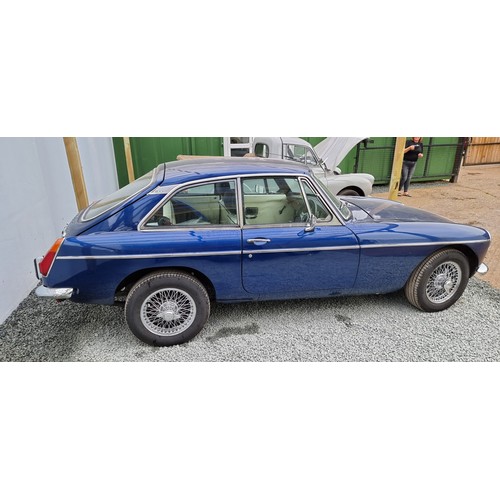 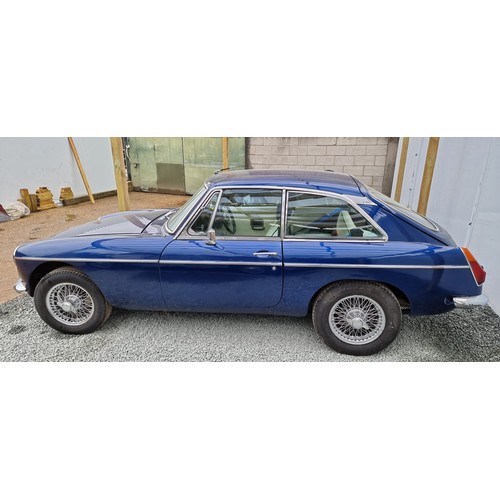 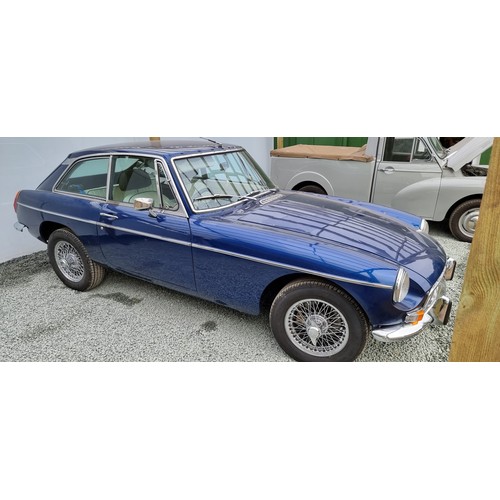 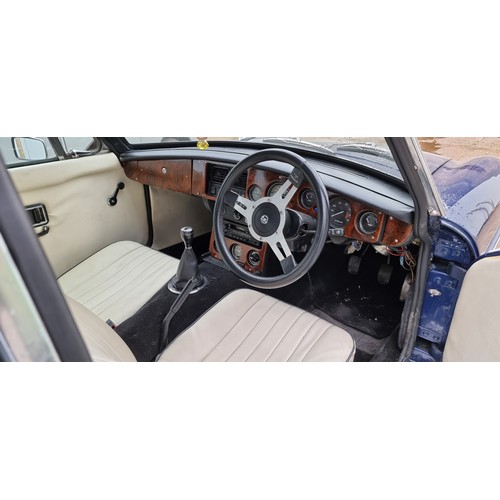 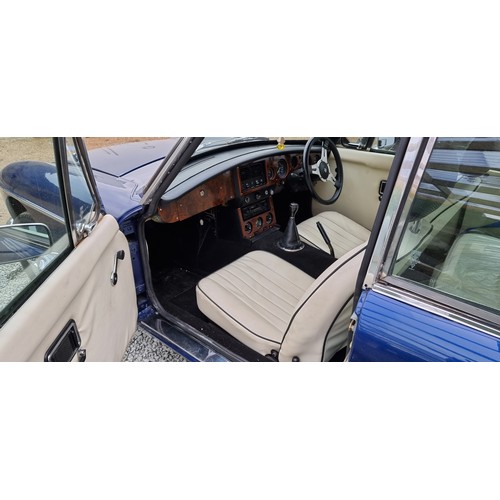 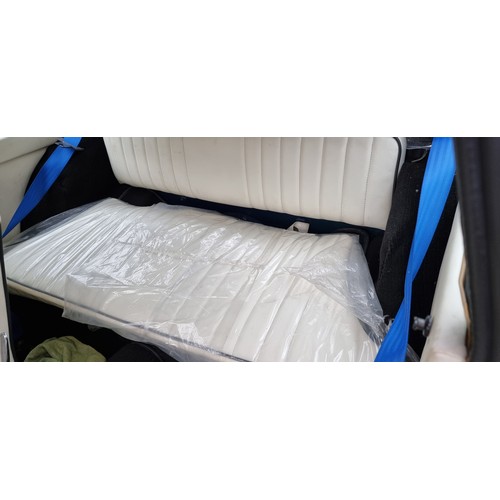 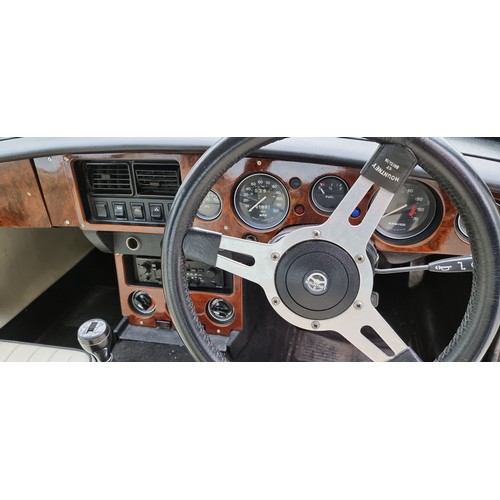 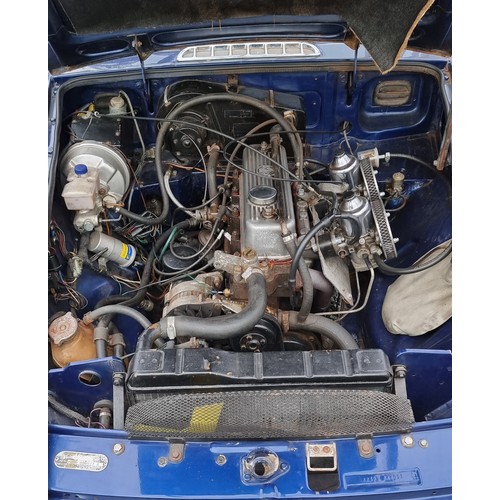 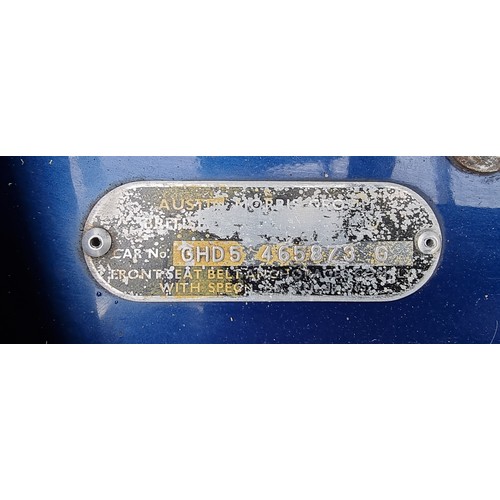 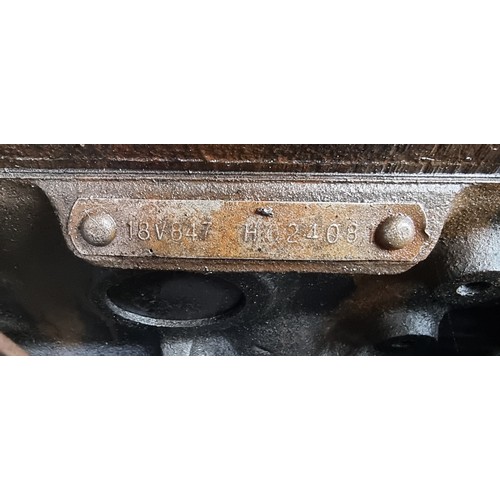 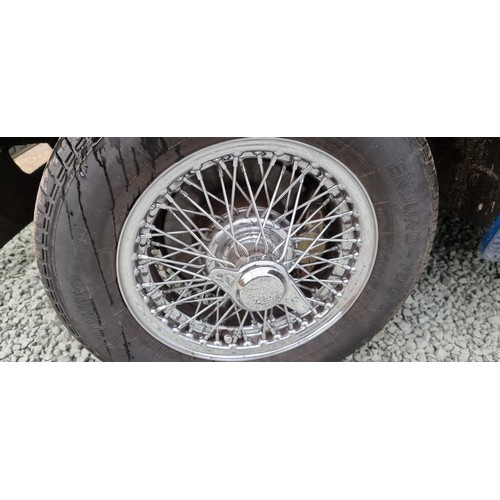 1978 MG BGT, 1798cc. Registration number BFK 303T. Chassis number GHD5 465873 G. Engine number 18V 847 H 24081.
The MGB-GT was originally introduced in 1965. By 1967, incremental changes lead to the designation of Mark II (officially the 1968 model year). This model continued in production until August 1971, and was then superseded by the Mk III in October 1971, from chassis number 258004. Like the Mk I and II, the Mk III is a two-door 2+2 powered by a front-mounted, rear-wheel-drive 1798cc B Series engine. The Mark III had a revised interior, with centre console housing rocker switches and two vents in the middle. An armrest was fitted between the front seats, which now had nylon inserts.
In October 1974, from chassis number 361001, the model underwent its most dramatic visual change when large black 'rubber' bumpers on front and rear were added to meet US impact regulations. The nose was redesigned and front indicators incorporated into the bumper. The ride height of the car was increased slightly and overdrive included as standard.
BFK was owned by Charles Bolland of Wolverhampton in the 1980's and then in 2019 Michael Rollason of Doncaster bought selling it to our vendor in November 2020. At some point it has undergone a full, engine out , respray from the original Inca Yellow to the the current blue, the seats have been replaced with cream leather, the dash board replaced with a wooden version and proper splined chrome splined wire wheels added.
The MOT history shows 61,571 in 2012, it was then off the road until 2018 at 61,735, presumably the period of its restoration. Today it shows 61,891 miles.
Sold with the V5C and various paperwork, this MB is now ready to be enjoyed over the summer months. 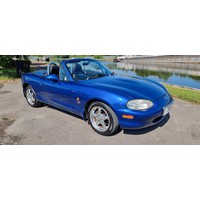 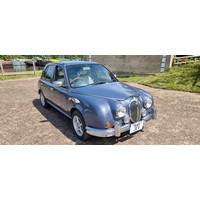