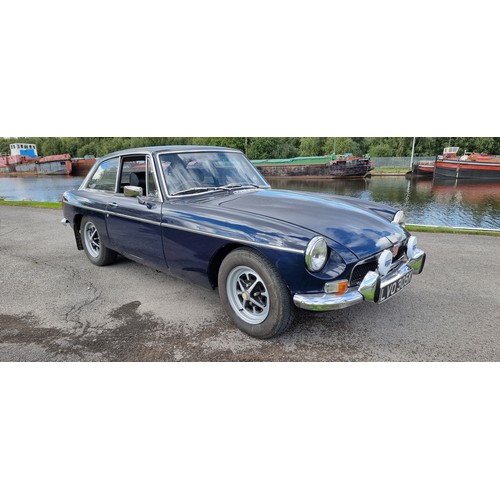 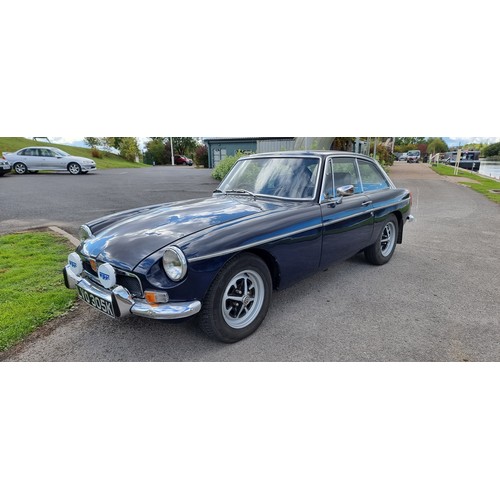 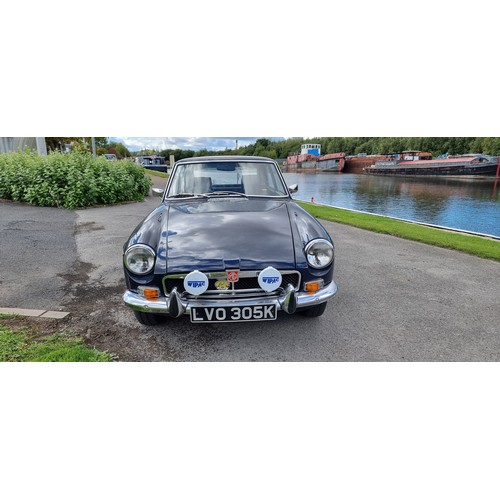 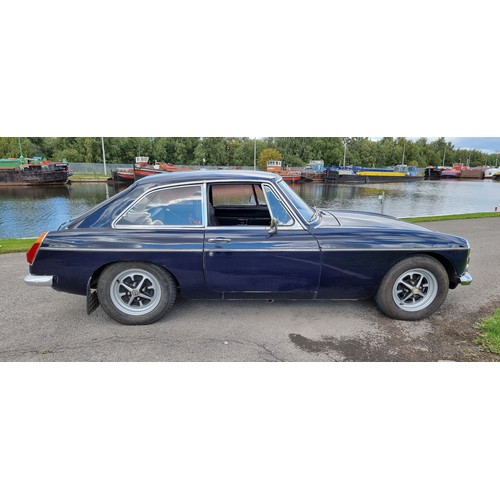 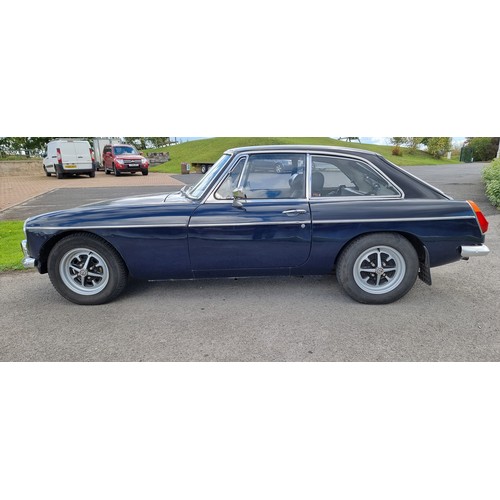 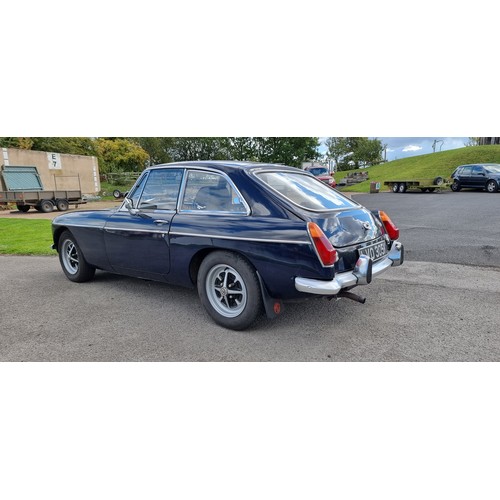 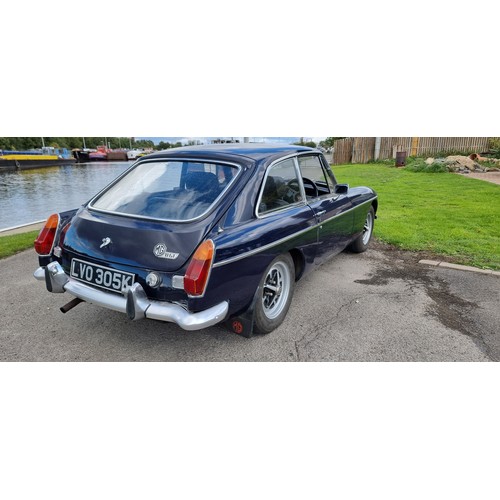 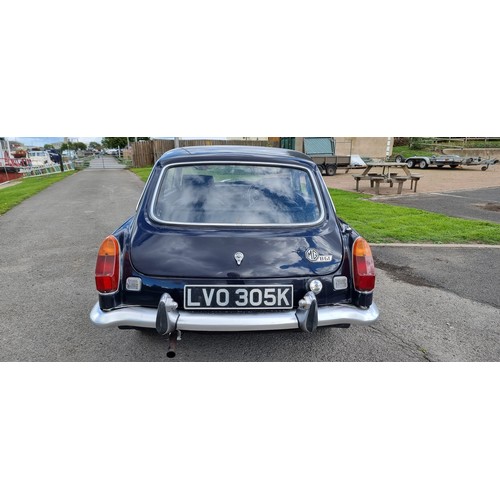 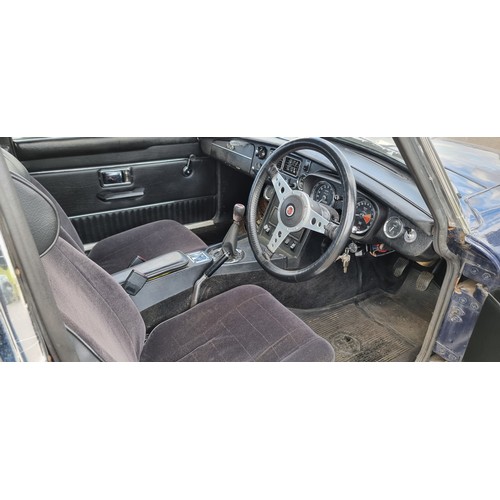 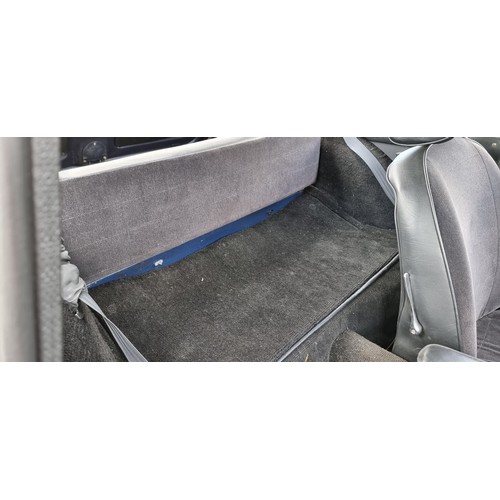 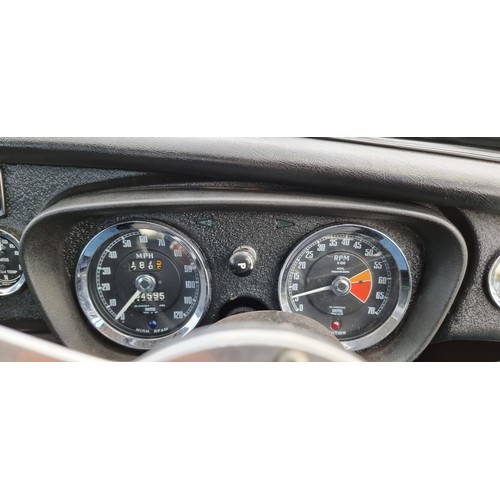 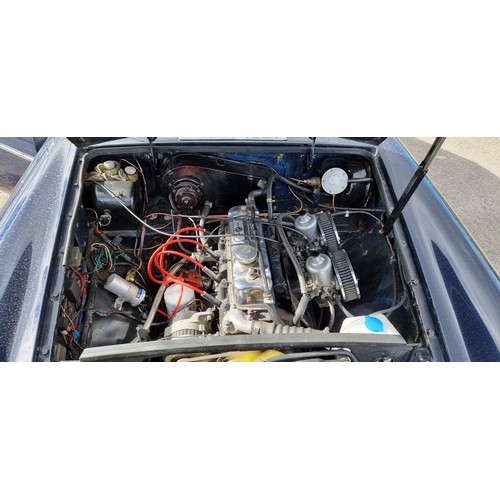 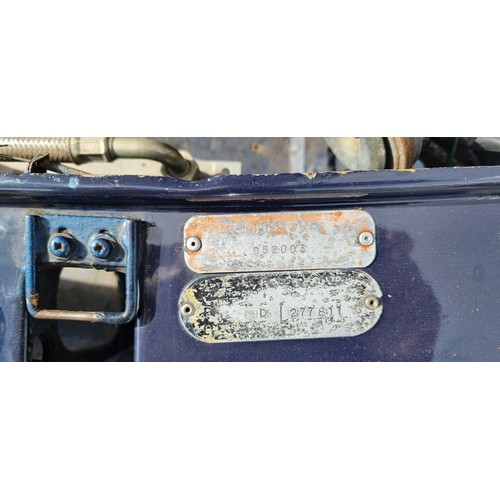 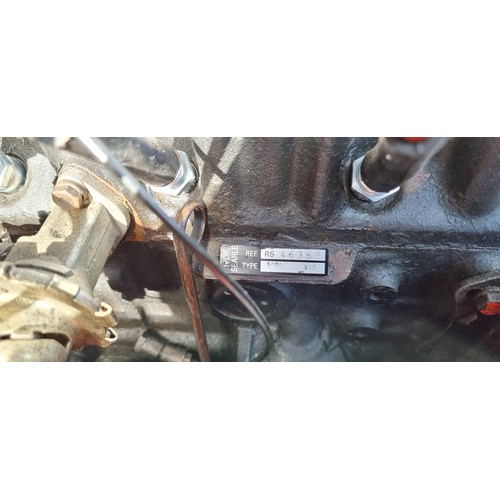 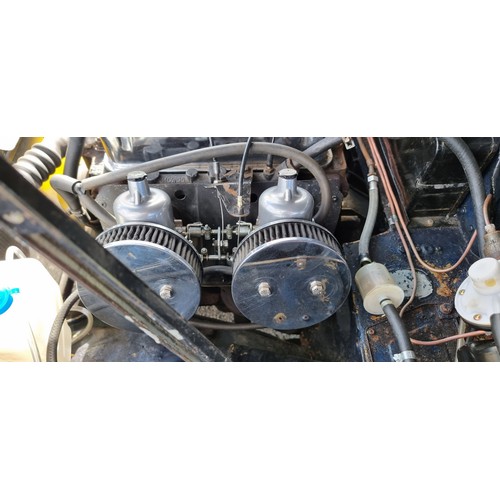 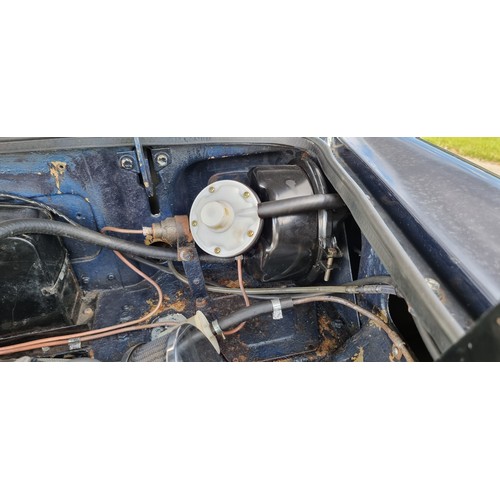 1972 MGB GT, 1798cc. Registration LVO 305K. Chassis number G-HD5/277811-G. Ivor Searle Engine number RS 46382, type 1072 910.
The MGB-GT was originally introduced in 1965. By 1967, incremental changes lead to the designation of Mark II (officially the 1968 model year). This model continued in production until August 1971, and was then superseded by the Mk III in October 1971, from chassis number 258004. Like the Mk I and II, the Mk III is a two-door 2+2 powered by a front-mounted, rear-wheel-drive 1798cc B Series engine. The Mark III had a revised interior, with centre console housing rocker switches and two vents in the middle. An armrest was fitted between the front seats, which now had nylon inserts.
In October 1974, from chassis number 361001, the model underwent its most dramatic visual change when large black 'rubber' bumpers on front and rear were added to meet US impact regulations.
LVO's Heritage Certificate shows it left the factory with Harvest Gold body colour, Navy interior, Rostyle wheels, overdrive, brake servo and heated rear screen and was registered on the 1st April 1972. The MOT history goes back to 1996 at 1859 miles, rising to the last one in 2012 at 19,686 miles, today it is at 34,595 miles.
In 1996 it was owned by Mr Chapman of Wakefield who had the new Ivor Searle unleaded engine fitted and the speedo replaced, so the current odometer reading will be all the engine has done. In 1999 it moved to David Gordon who moved it to our long term owner in 2000. In 2005 there was a photographic restoration of the body, including new sills, partial floor and inner wings, in 2009 more rust repairs undertaken on the windscreen surround and scuttle. In c.2016 an electric power assisted steering conversion was undertaken, believed to make use of a Vauxhall's Corsa 'C' unit, no paperwork is available for this, in 2015 the overdrive was overhauled. Earlier this year, on his passing, it was given to a family member who has entered it for this auction. It was driven some 50 miles to the saleroom.
Sold with the V5C, MOT history, photographs of repairs, receipts mentioned. 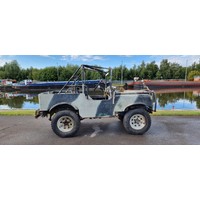 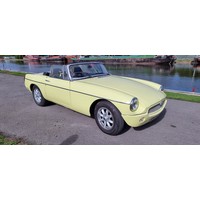