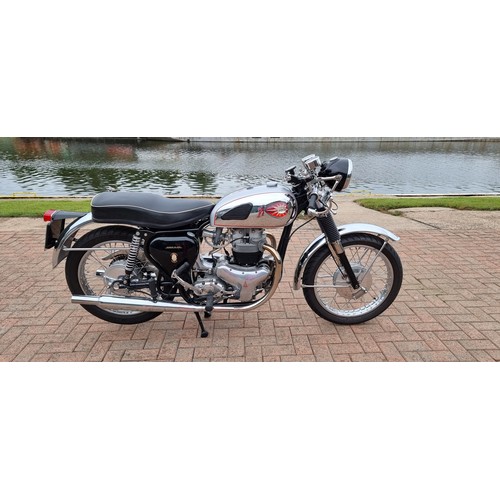 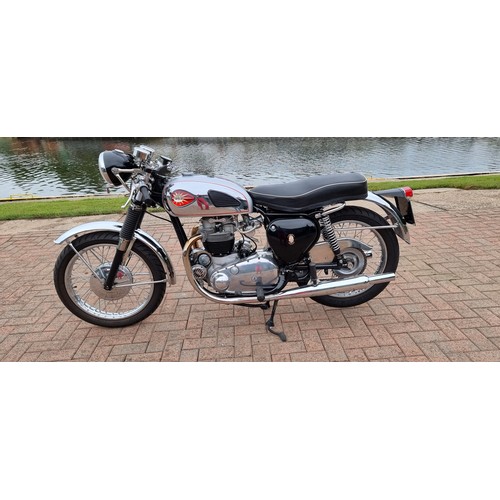 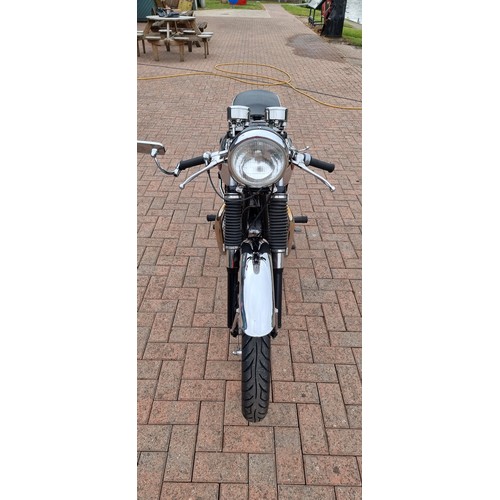 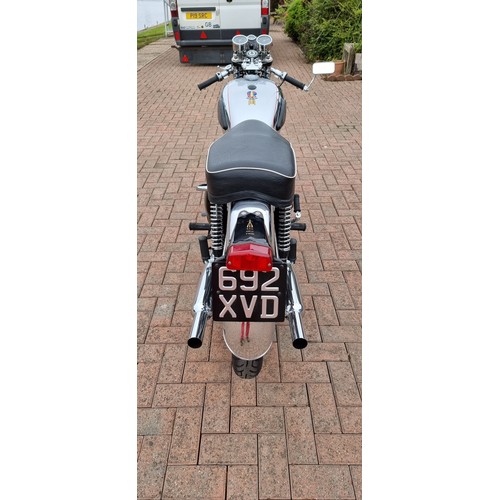 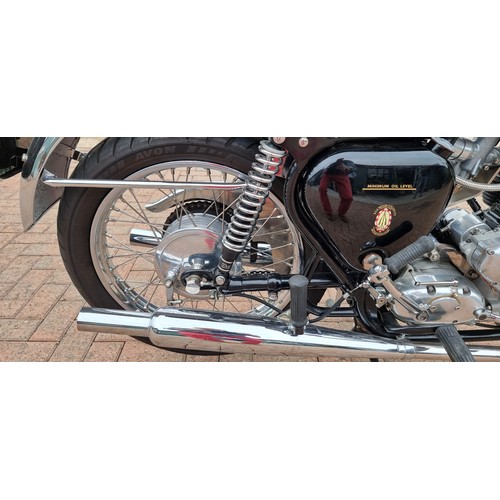 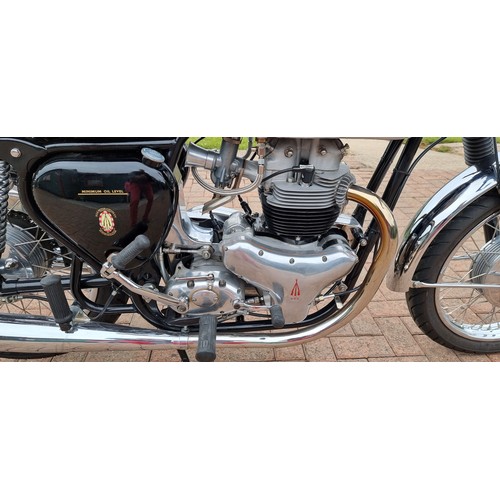 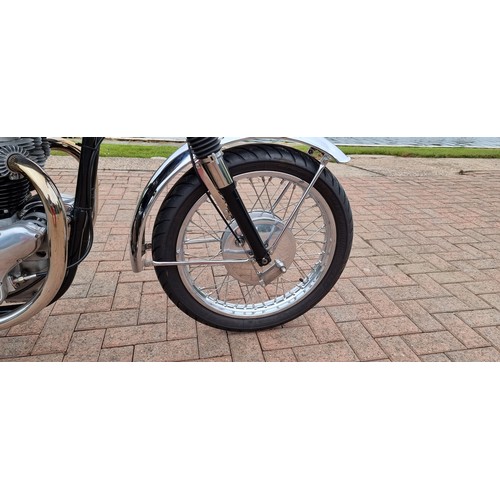 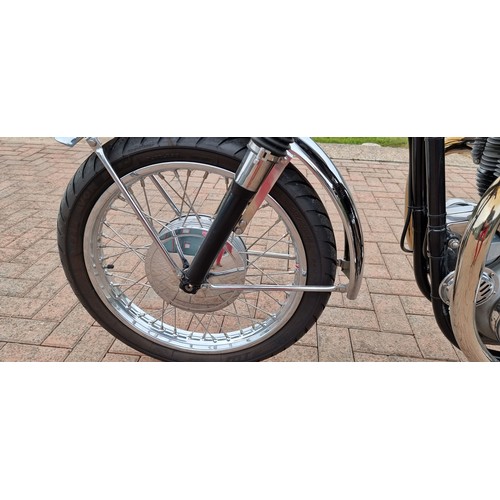 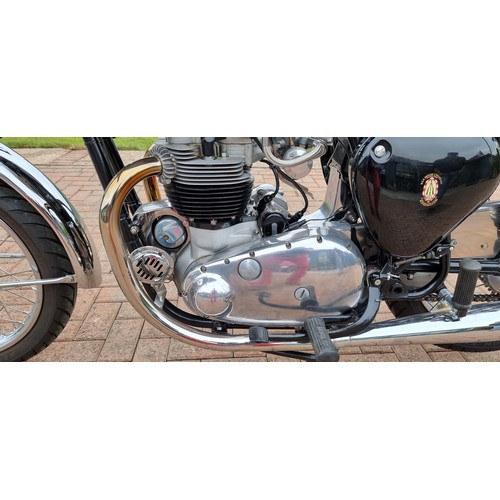 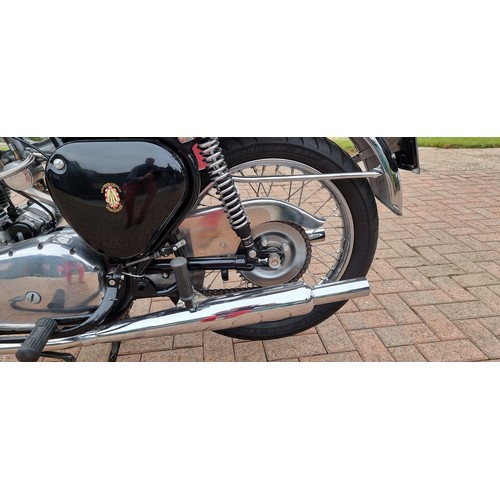 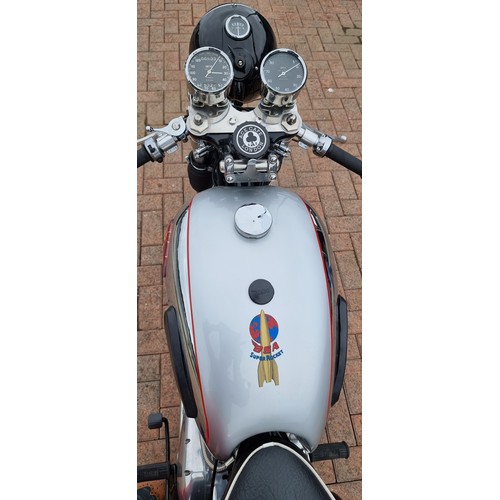 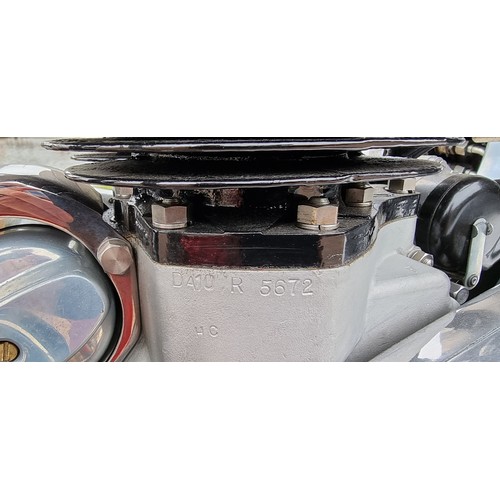 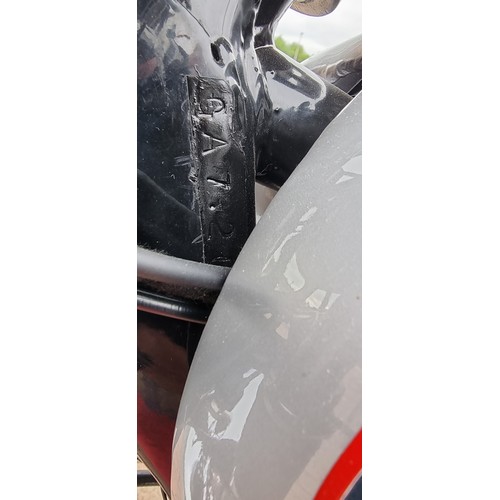 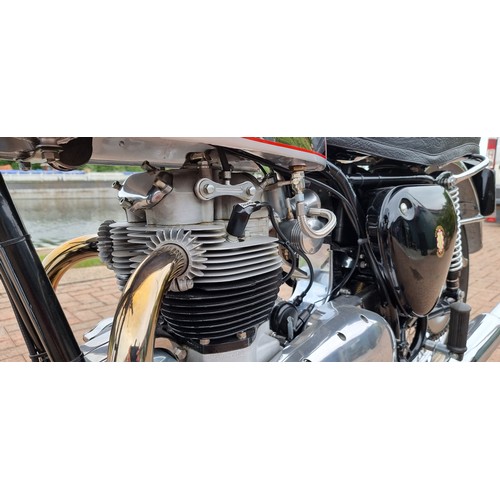 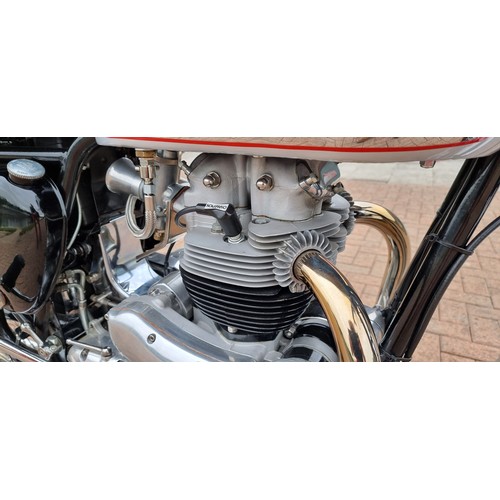 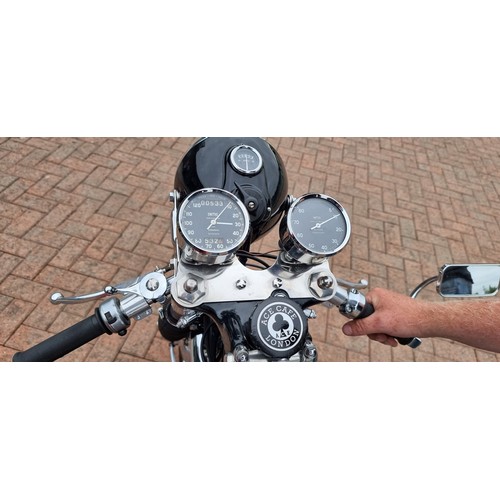 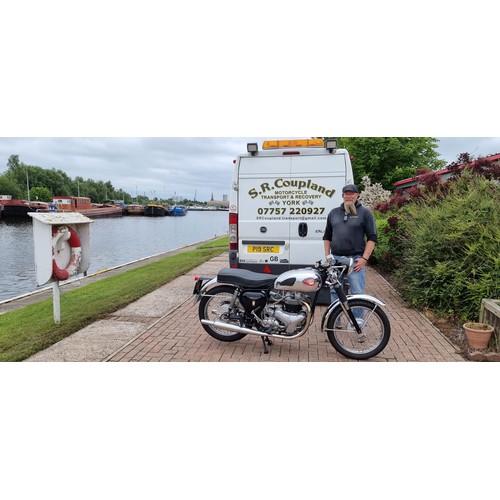 1961 BSA A10 Super Rocket, 646cc. Registration number 692 XVD (non transferrable). Frame number GA7 20232. Engine number DA10R 5672.
One of BSA's most beloved engines, the pre-unit A10 650 joined the 500cc A7 model in 1949. The existing parallel-twin architecture was retained for the A10, with its bolt-upright cylinders, 360-degree crankshaft and single camshaft. In 1955 the A10 Road Rocket arrived with a sporty 40bhp tune courtesy of an aluminium cylinder head. The editors at England's Motor Cycling magazine coaxed their test bike to a top speed of 109mph. For 1958 the model morphed into the Super Rocket, which added a further 3bhp to the package by way of additional cylinder-head tweaks and an Amal Monobloc carburettor, not that the bike was all about speed. "The current model can be throttled back to accept happily the inevitable limitations of built-up area riding," noted Motor Cycling. "In these less spectacular circumstances, one's patience in jogging along at 30mph is rewarded by remarkable - for a lusty 650cc twin - fuel consumption." The Super Rocket would remain in the company catalogue until the 1964 advent of the unit-construction A65s.
XVD, is a matching numbers machine that was dispatched from the factory to Warburton Hollingwood of Oldham on the 23rd October 1961. C.1971 our vendor owned it, photograph on file, he subsequently passed it onto a family member and then to their children who used it as a field bike. Around 2002, with a bereavement, the paperwork was lost and our vendor managed to buy it back in 2018. He then began the most exacting restoration with every nut and bolt being replaced with stainless, the entire machine was stripped and restored, powder coating where needed, chromed where needed, new loam, bearings clocks rebuilt.
The restoration was completed in 2018 with a new MOT and re-registered as 692 XVD. He has covered some 533 miles on her and she lives in his conservatory. Sadly his wife has passed away and he has lost interest in the Rocket.
When collected by our courier it fired up with ease and sounds wonderful, Spicers can highly recommend this machine.
Sold with the V5C, 2018 MOT, BSA Owners Club dating certificate, large quantity of receipts for the restoration, photographs, the original bars and pipes and other spares. Our vendor will happily discuss any aspect of the machine with the new custodian. 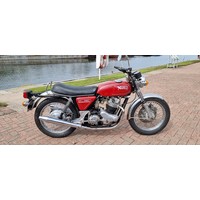 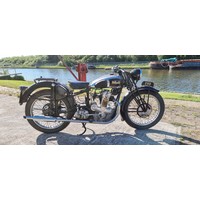