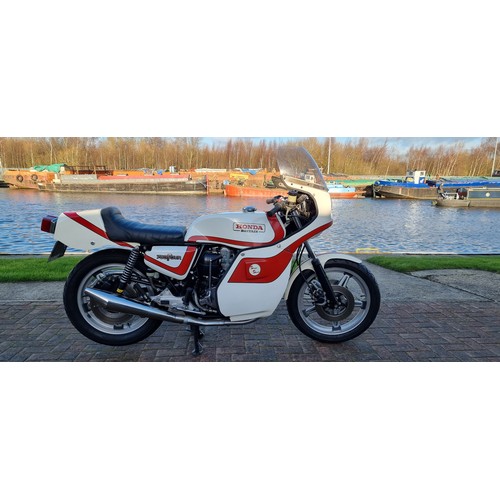 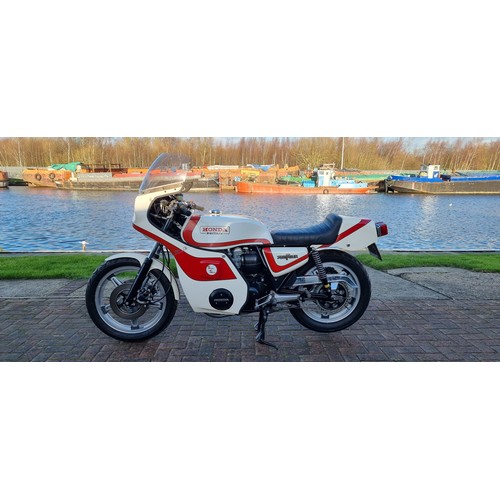 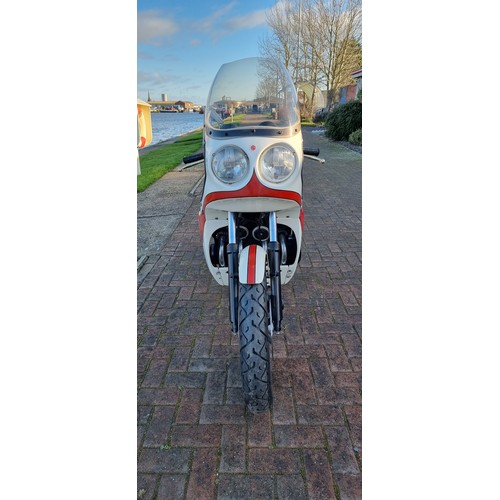 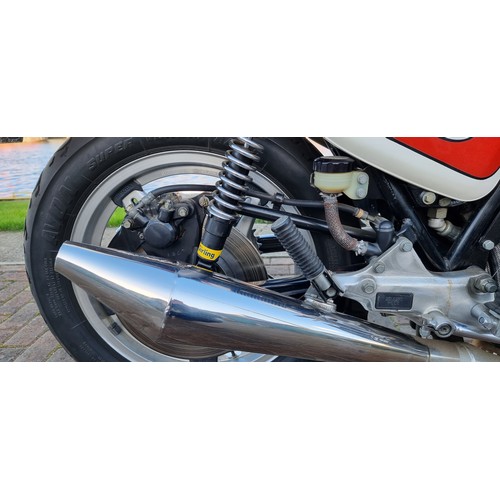 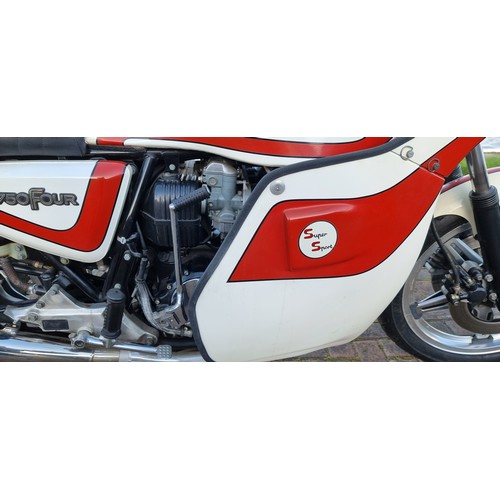 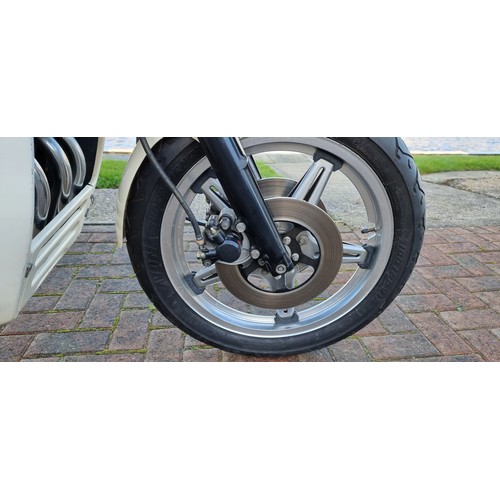 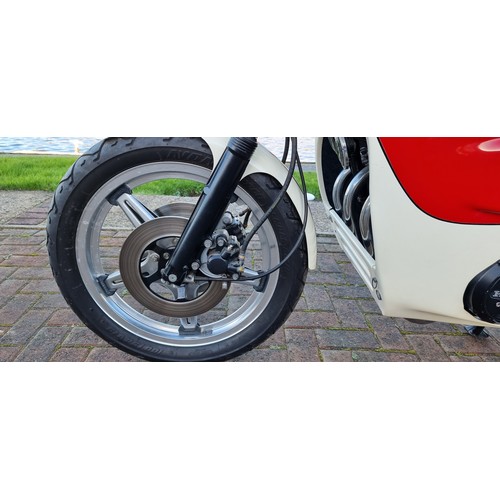 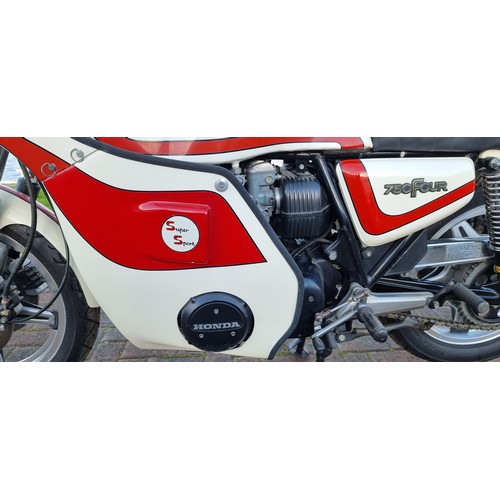 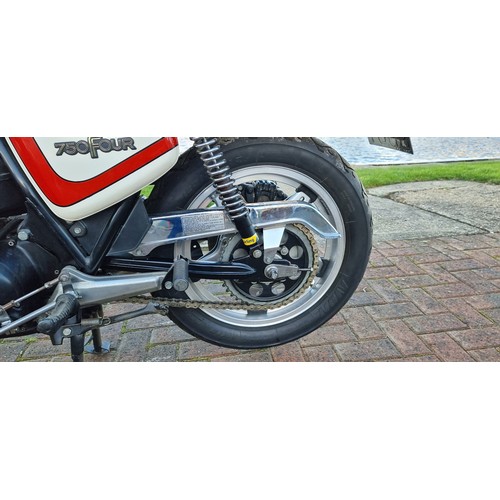 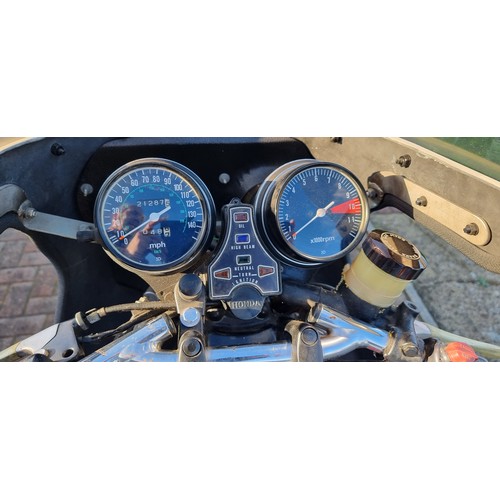 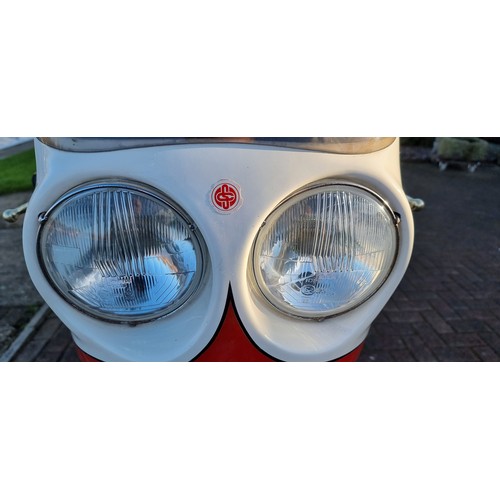 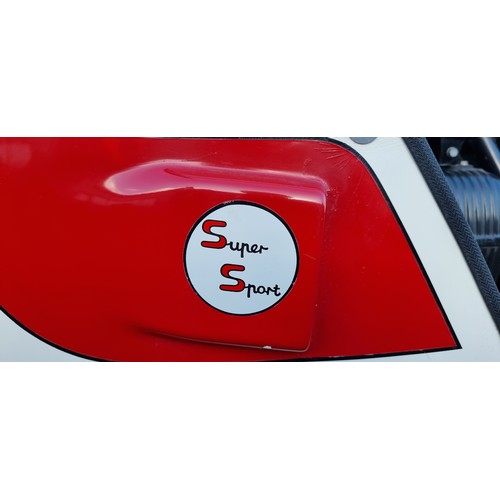 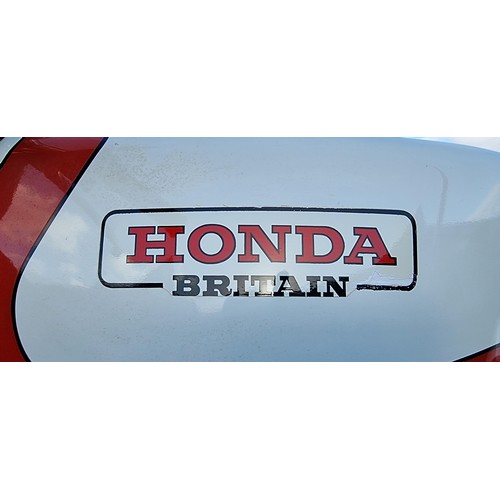 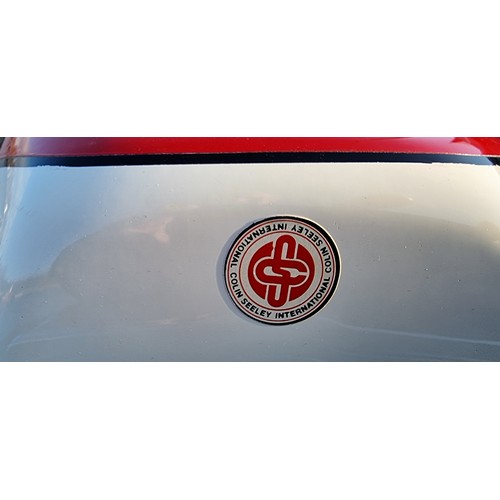 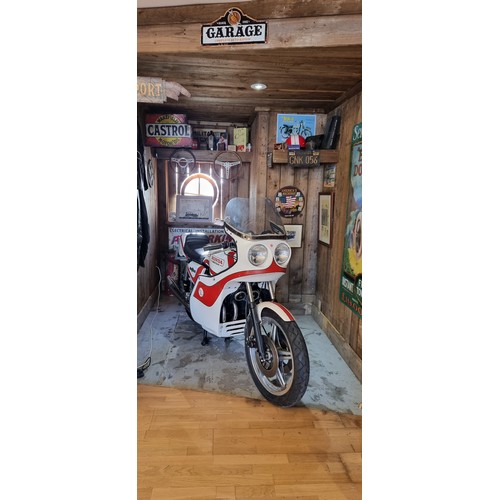 1979 Honda Britain CB750SS, 736cc. Registration number CKE 680T. Frame number CB750G1013683. Engine number B750GE1011705.
When Phil Read won the Isle of Man’s inaugural Formula 1 TT on a works Honda CB750 in 1977 the stage was set for a special version of the manufacturer’s trend-setting superbike. As a result, Honda commissioned Colin Seeley to build a batch of replicas of Read’s winning machine. Not to be confused with the Seeley-Honda, which used a Seeley frame, the Phil Read Replica relied on special bodywork finished in ‘Honda Britain’ livery to set it apart from the standard production model. The Phil Read Replicas were painted red, white and blue, the same as the Honda Britain Racing Team, and were released in the spring of 1978. However, after building just 150 examples of the motorcycle, Read fell out with Honda over royalty payments and there were a surplus of components. Eric Sulley of Honda decided to carry on production with minor changes, a new paint scheme and re naming the bike the “Honda Britain 750 SS”. In November 1978 Colin received an order for 50 machines in red and white, and 50 machines in blue and white. The conversion from the standard F2 750 Honda consisted of the Phil Read type fairing and seat unit, alloy petrol tank, modified side panels, front mudguard and a Seeley reverse cone exhaust system. The total production run for these machines was 225, with the first models reaching dealerships in early 1979. Colin Seeley did not keep records of the frame numbers of this series of motorcycles, it is believed this was probably because this was essentially a styling exercise and did not utilise Colin’s own superior Seeley made frame of the original Seeley Honda 750.
With thanks to Eva Seeley for the background.
CKE has a wonderful history file, starting with a copy of the V5 listing Andrew Southland of Faversham as the first owner in May 1979, it was sold by Robin Powell Motorcycles in December 1980 to John Gordon of Chatham for £1,695, p/x a CB750K7. Michael Magness of Buckley was the next owner in May 2004 followed by Kenneth Smith of Doncaster in 2005. Our vendor bought it in June 2006 for his collection with a mileage of 21,286, today it is 21,287. The mileage can be confirmed by old certificates from 1982 at 8,789, and twelve more thereafter.
This highly original machine, with the correct Seeley stickers comes with the V5C, various copy V5's, the old MOT's and other paperwork, a wonderful opportunity to own a rare machine that will require recommissioning if you want to take it out. 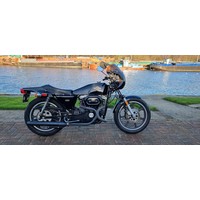 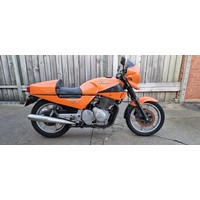