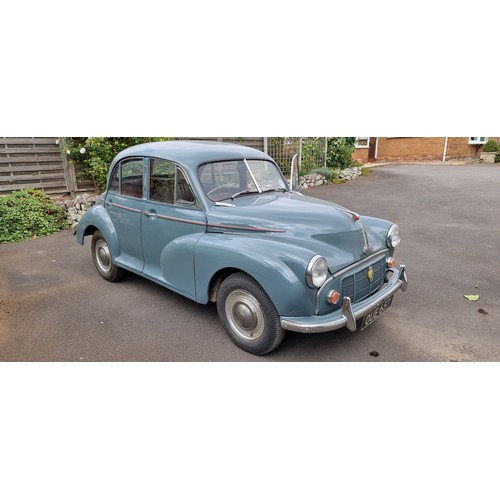 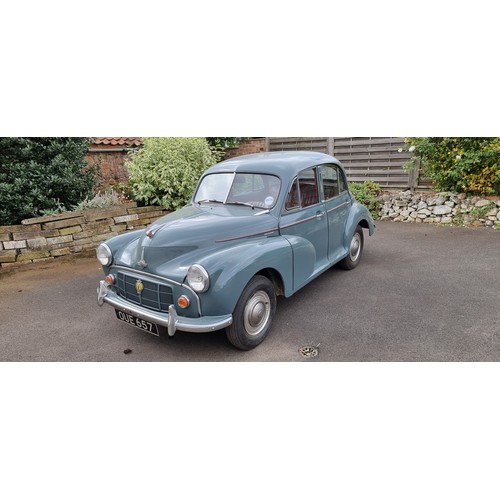 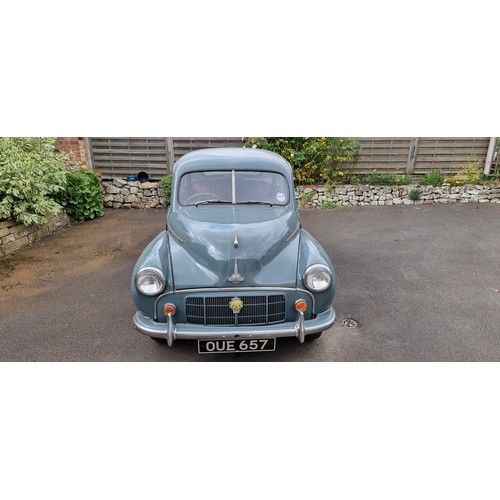 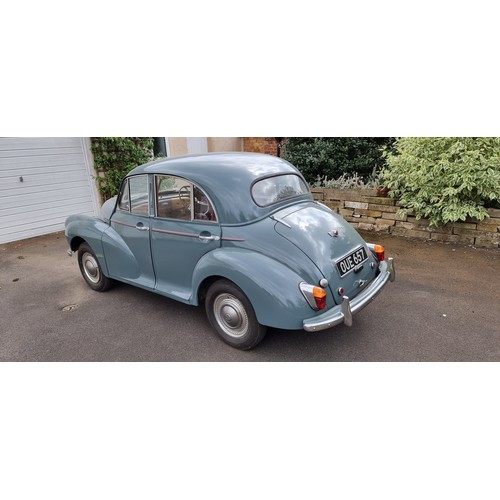 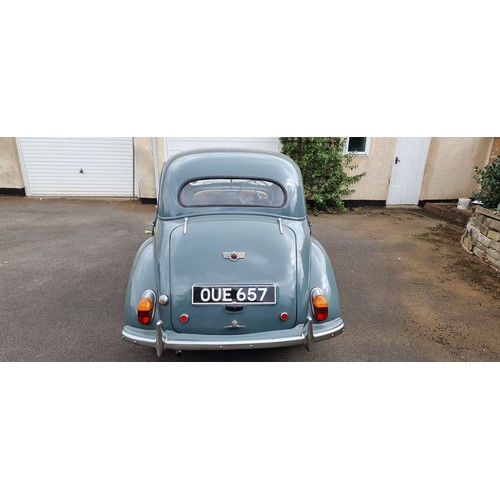 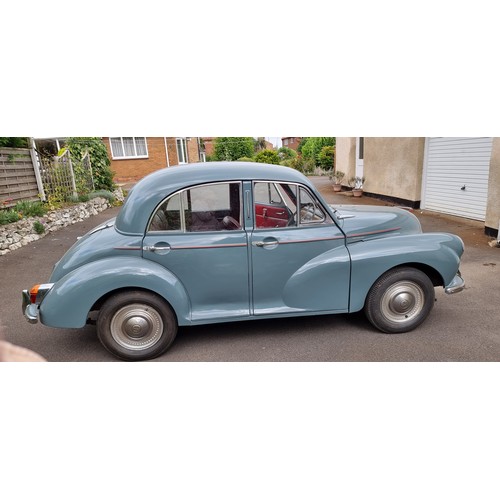 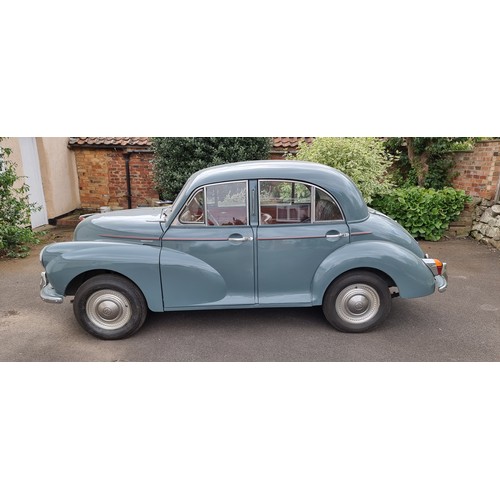 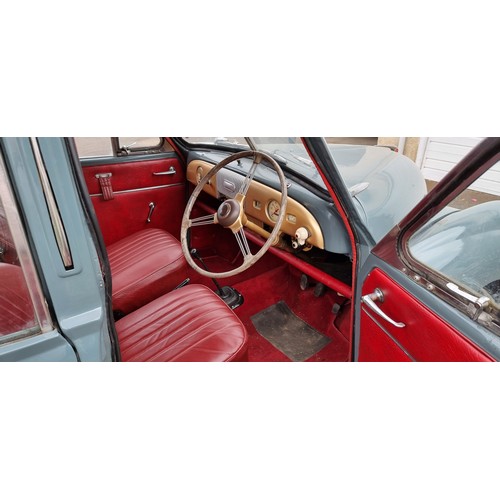 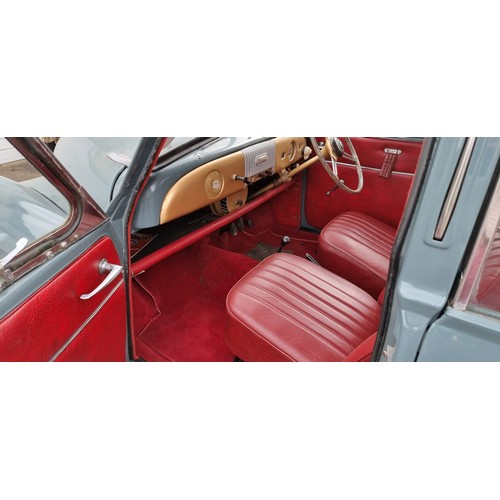 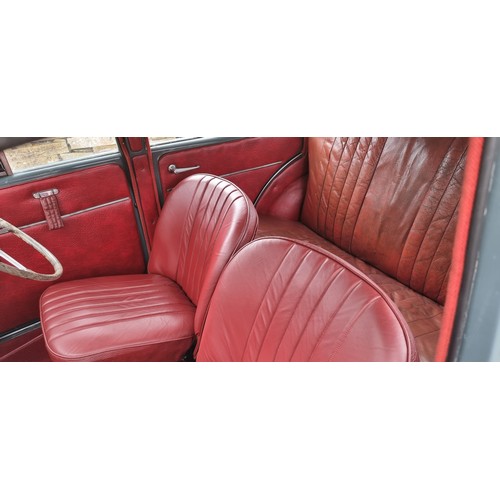 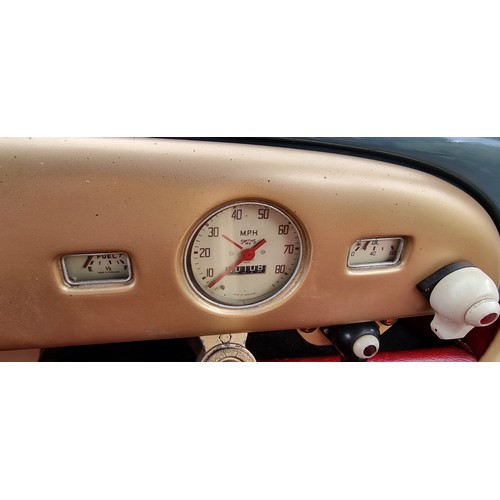 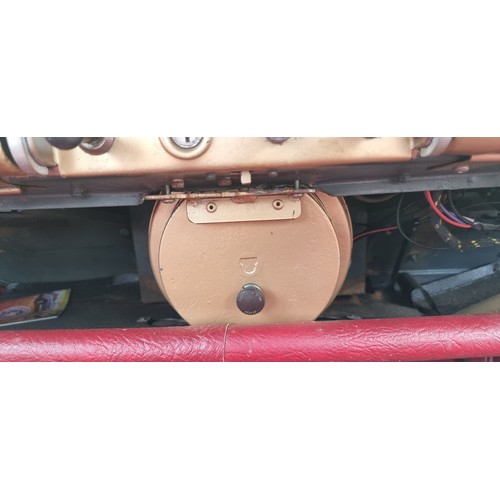 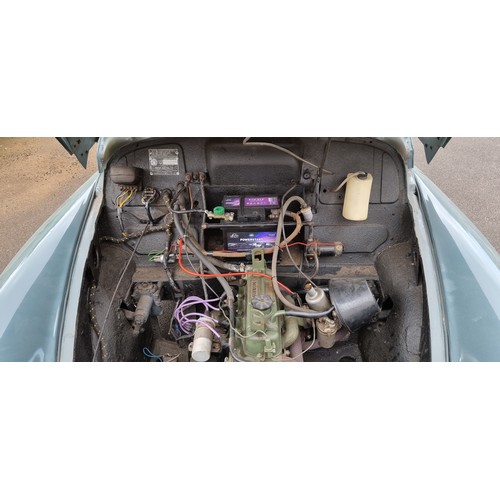 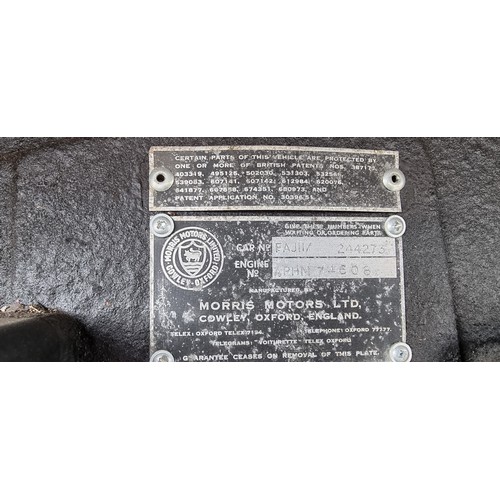 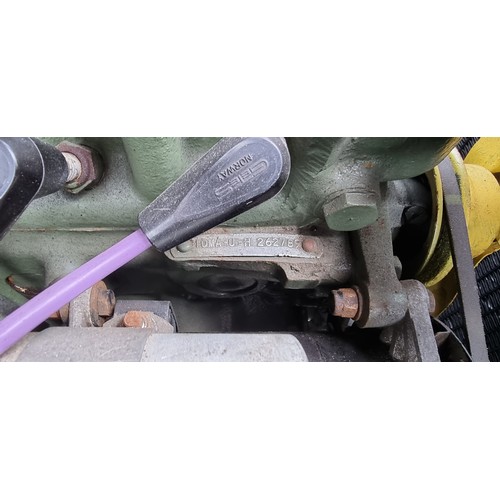 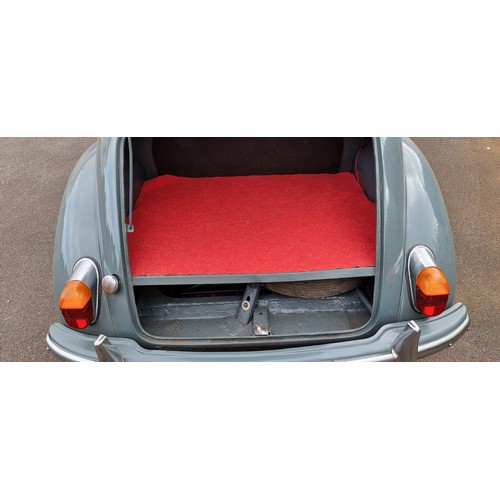 1954 Morris Minor, 1098cc. Registration number OUE 657. Chassis number FAJ-11/244273. Engine number IOMA-U-H 262789 (please note this has not been changed on the V5C).
The post-war Morris Minor, one of Alec Issigonis’s first masterpieces, became nearly as iconic during its 23 years of production as its ostensible successor and sister icon, the Mini. Released in 1948, it used unitary construction and torsion bar front suspension, although some other novel features, like a flat four engine, never reached production.
Exports to the United States began in 1949, which required raising the headlamps from their position in the grille in order to meet local legislation. This change was soon adopted across the board. Initially the line included both two- and four-door saloons, and a jaunty little tourer which commanded about a third of the market.
After Morris merged with Austin to form the British Motor Corporation (BMC), a Series II Minor was introduced in 1952 with the 803 cc overhead valve Austin A-series engine from the A30. A ‘Traveller’ estate car, a van and a pickup were introduced at this time, built on a separate chassis frame.
OUE has had only two owners since 1978, one being Peter Roger of Doncaster who bought it on the 8th December 1978 from Bromsgrove Street Motors of Birmingham for £395, receipt on file. In 1981 it underwent a large restoration that cost £1,330.88 at the Morris Minor Centre of Bath. Our vendor, a neighbour, bought it from him in 1990 and has garaged it ever since. Used occasionally it has lead a gentle life and at some point in his ownership the engine was upgraded to the current 1098cc version.
Well maintained it is now being sold due to lack of use. Unused for the last three years, it started with ease and was driven the 20 miles to the saleroom.
Sold with the V5C, V5, 1978 and 1981 receipts, this Minor appears to be a solid example that also has a rare heater fitted. 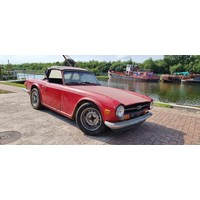 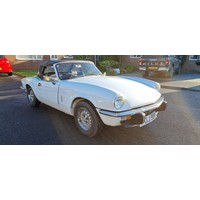