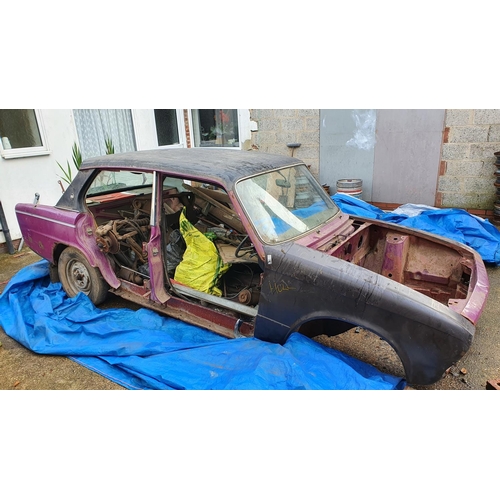 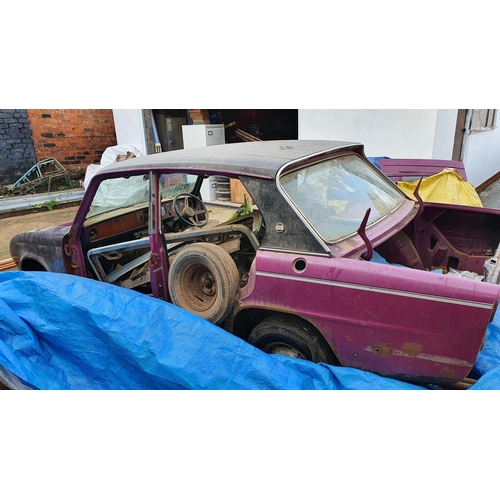 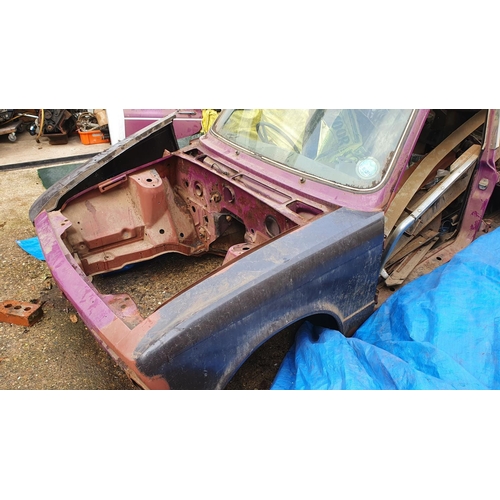 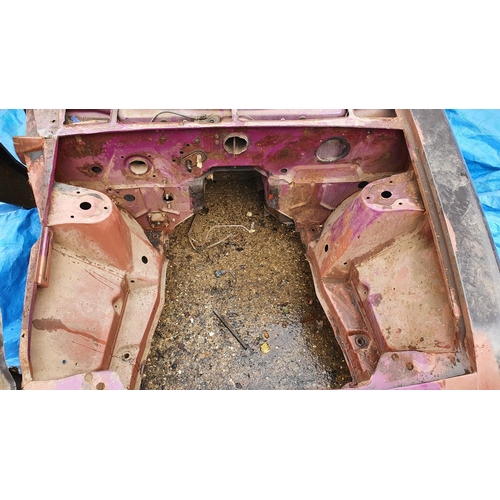 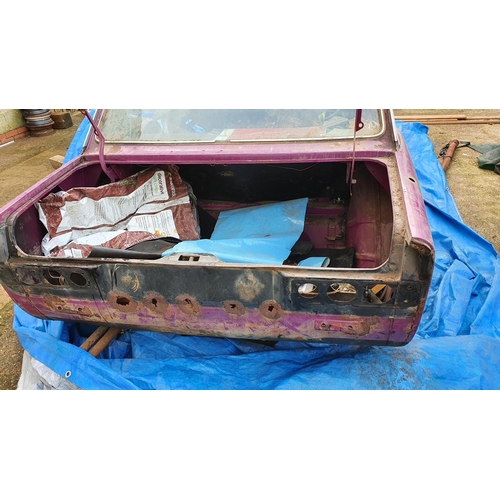 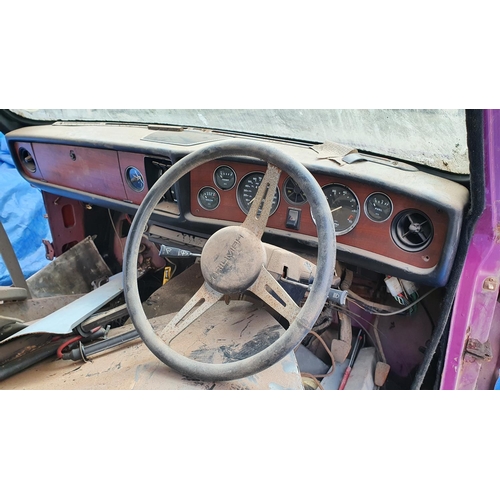 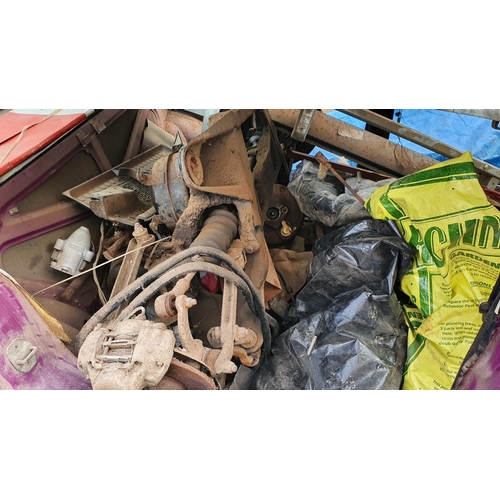 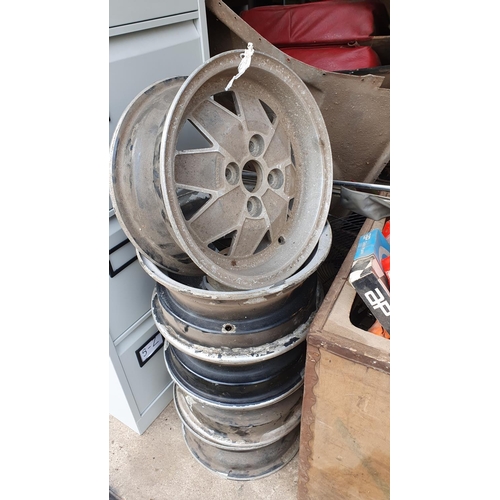 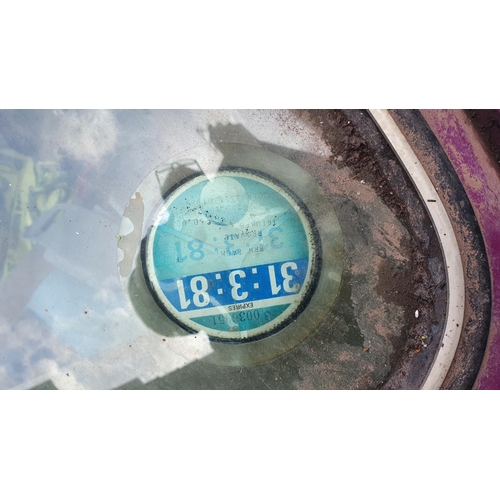 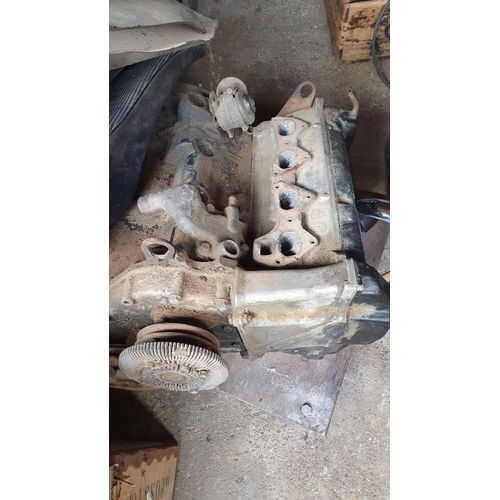 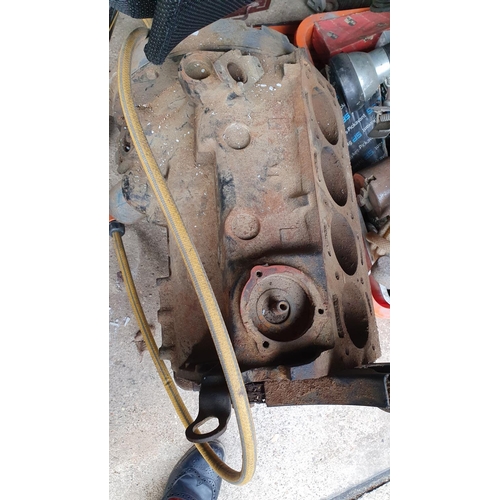 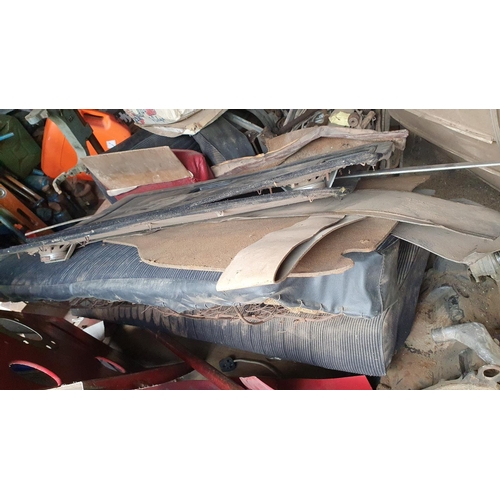 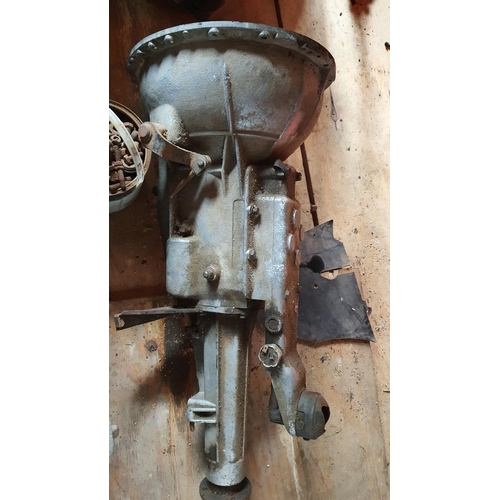 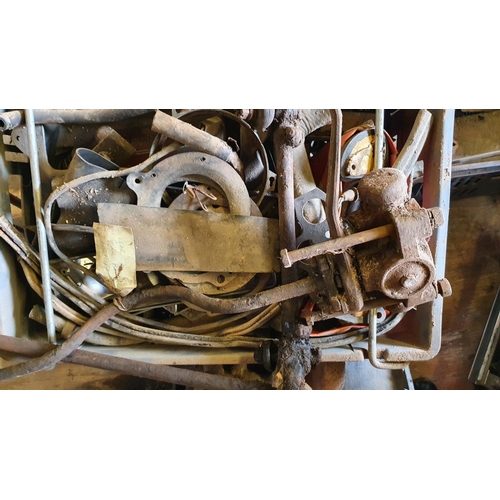 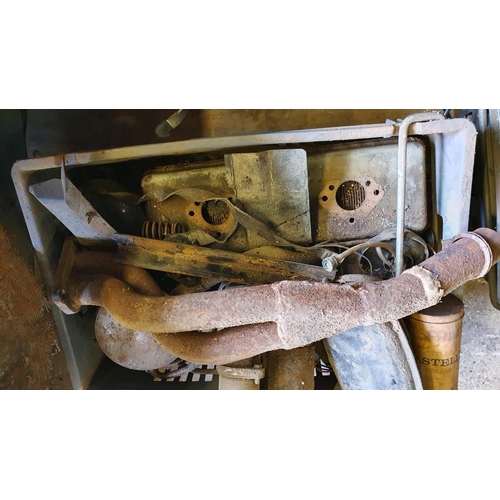 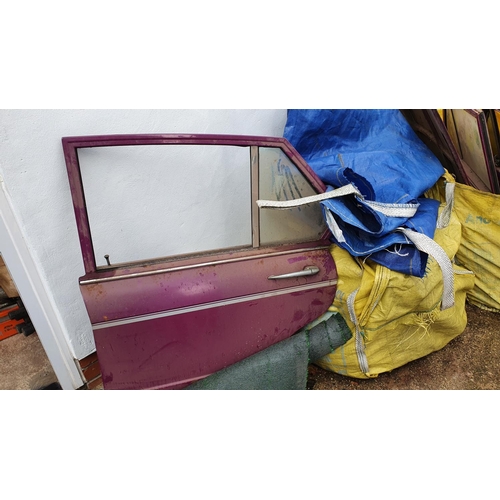 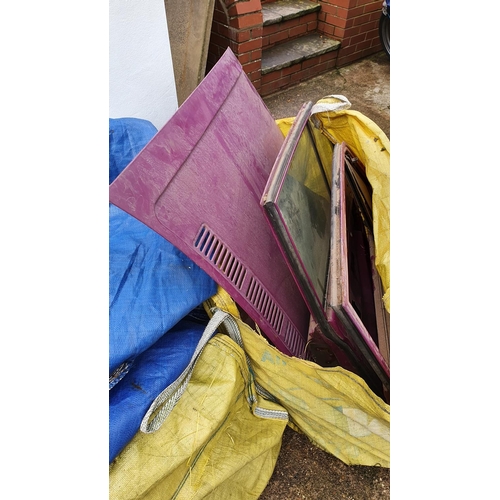 1974 Triumph Dolomite Sprint Project, 1998 cc. Registration number PRH 840M. Chassis number VA7694DL. Engine number TBC.
Although the Triumph Dolomite range, introduced in 1972, had proved to be refined and sporty, competitors such as BMW's 2002 had a performance advantage which was costing Triumph dearly, both in terms of sales and prestige. To remedy this, they unveiled the Dolomite Sprint in June 1973, although the launch had been delayed by a year, having been due to go on sale in 1972 alongside the main range.

A team of engineers, led by Spen King, developed a 16-valve, single overhead camshaft head. The capacity was increased to 1,998cc and combined with bigger carbs the output was upped to 127 bhp. This represented a significant increase over the smaller 1850cc variant, however, it fell frustratingly short of the original target of 135 bhp. As a result of this new engine, the Dolomite Sprint has a claim to be the world's first truly mass-produced multi-valve car and the design of the cylinder head won a British Design Council Award in 1974. Performance was excellent, with 0-60 mph taking around 8.4 seconds and a maximum speed of 119 mph.
PRH was bought by our vendor in 1980 and driven for a few months until he decided to restore it, stripped for welding, some of which has been undertaken and some new panels obtained as well as a spare engine. It was then pushed into the corner of his workshop and left until its recent removal. Most of the car is believed to be present, apart from the boot lid, buyers should satisfy them selves as to the completeness of this worthy project.
Sold with the V5C. 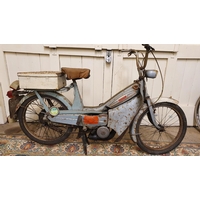 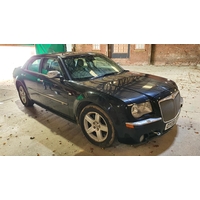