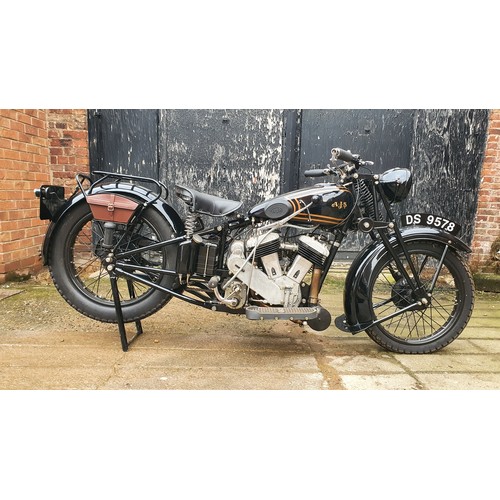 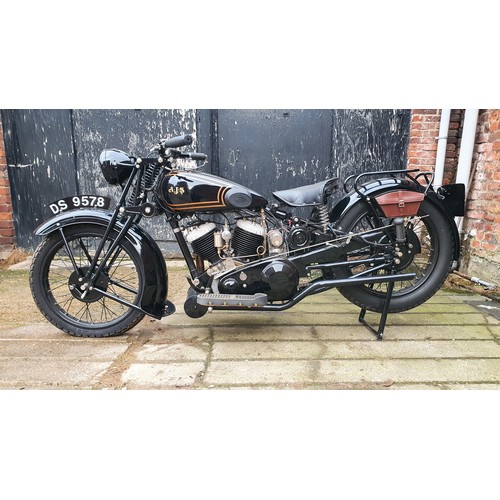 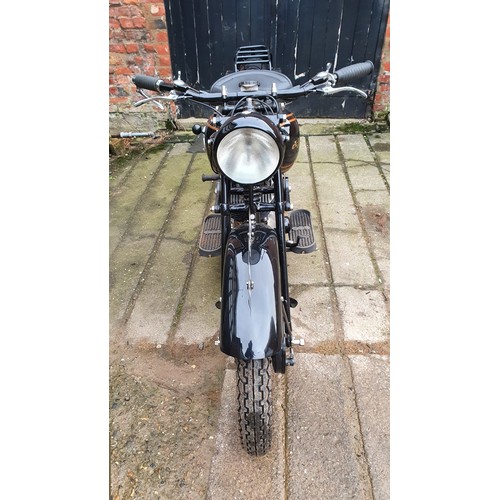 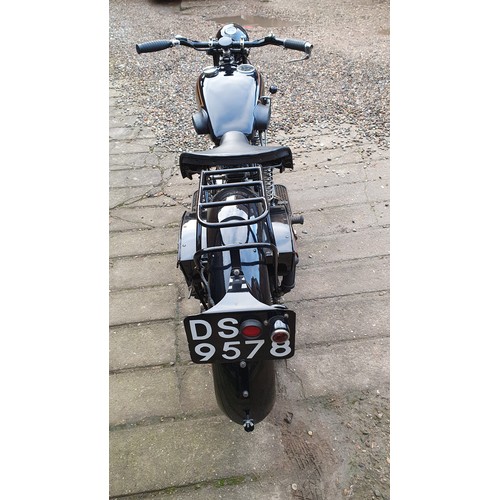 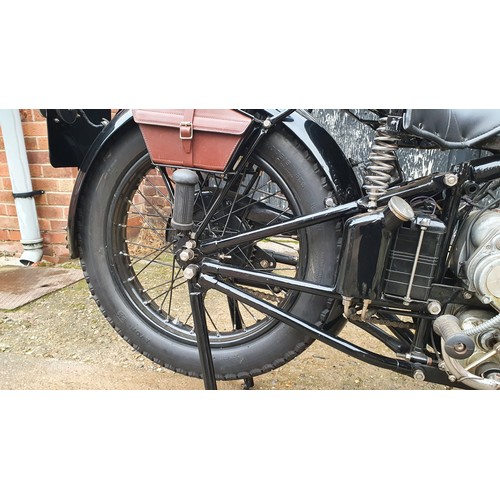 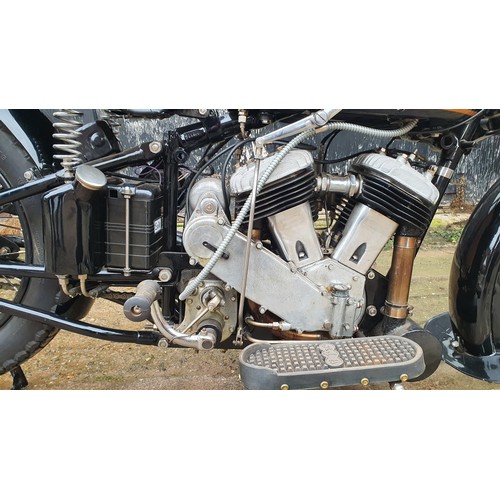 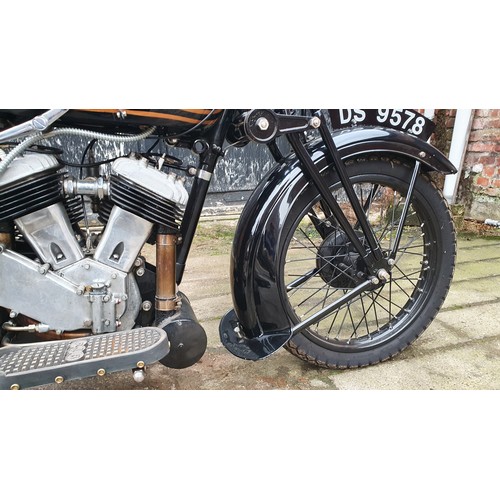 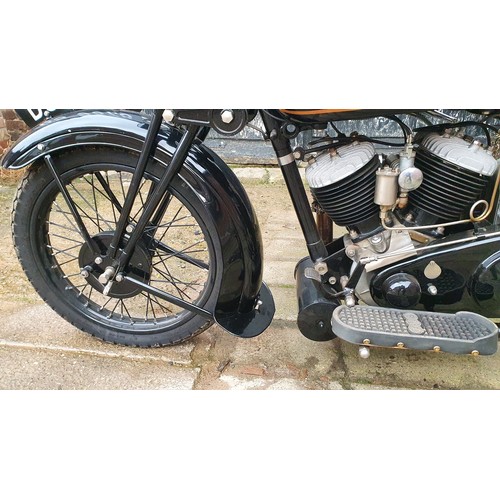 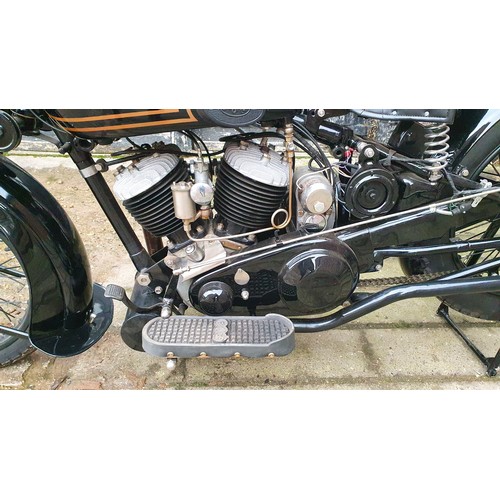 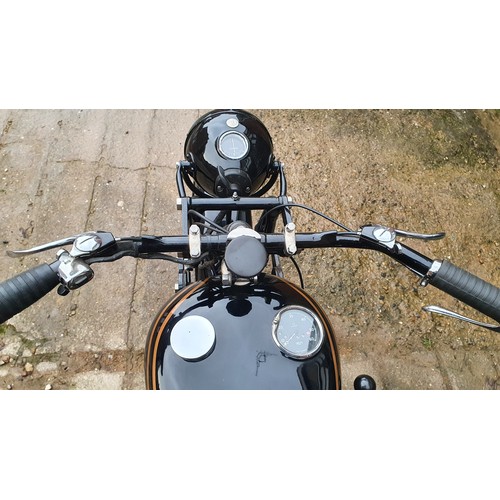 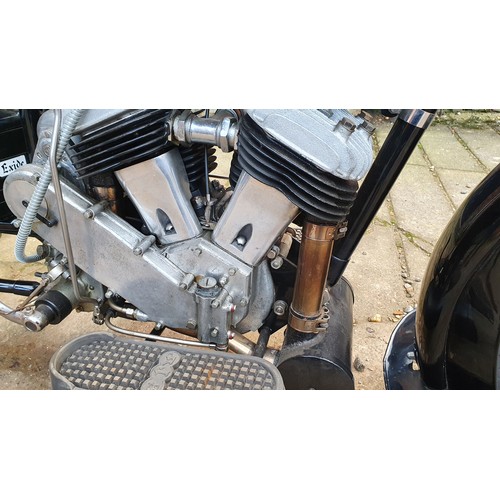 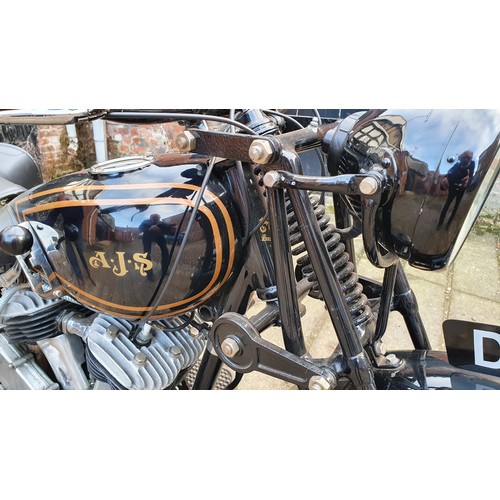 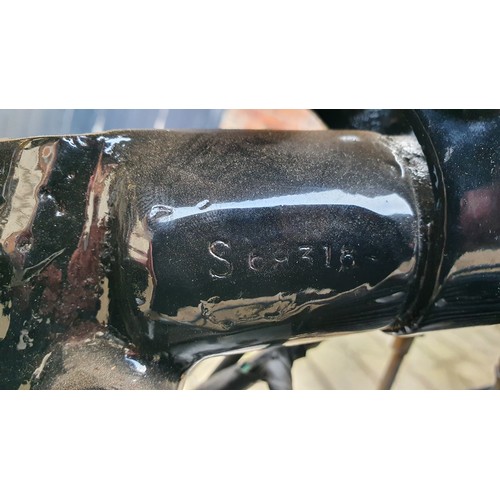 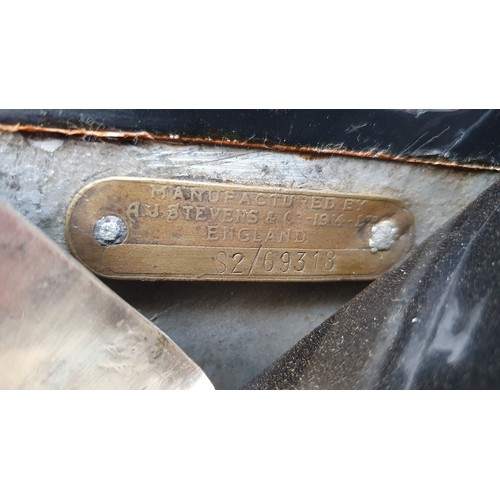 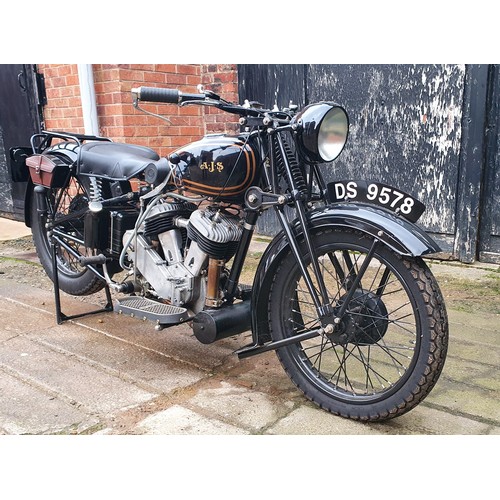 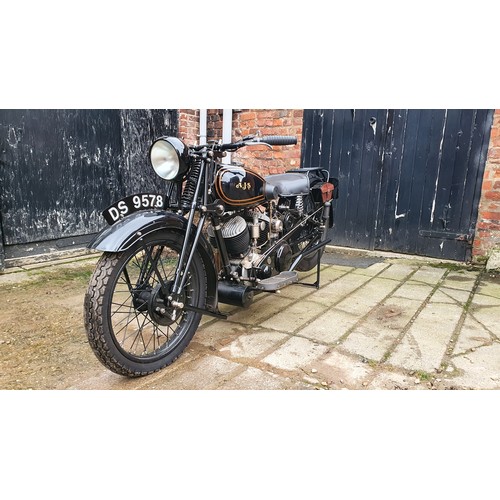 1930 AJS Model S2, 996 cc. Registration number DS 9578 (non-transferrable, originally PO 3338). Frame number S 69318. Engine number S2 69318.
Four of the five Stevens brothers (sons of a blacksmith) produced their first motorcycle in 1897 using a proprietary engine, by 1910, to protect the existing name of their engines, it was thought necessary to introduce a new name for their motorcycles. After much deliberation, they chose to use initials only, and as only one brother, Jack, had two Christian names (Albert John), the new marque was christened A.J.S. Up until the take-over by Colliers in 1931 they produced a wide range of machines, some of which gained distinction in the TT. By 1930 the company held 117 world records but was in financial trouble. After 1931 the only true AJS's were the racing 7R's, Porcupines and the AJS Four.
Optimistically as ever, the company added 5 new models to the existing range for the 1931 catalogue, the ‘S’ series were extremely good value for money, and were offered at very attractive prices. The range consisted of 9 basic models, ranging from a 248 cc OHV single to a 996 cc V-twin machine intended for sidecar use or fast and comfortable touring.
The company made good motorcycles but in 1930 it had shown a big loss for the fourth year in a row and in the autumn of 1931 the company went into voluntary liquidation. Matchless Motorcycles Limited of Plumstead, London, purchased the A.J.S. name, manufacturing rights, and good will for £20,000,
consequently the 1931 AJS models were the last Wolverhampton AJS machines.
The S2 had a bore and stroke of 84×90 mm, a 3 speed gearbox with foot-operated clutch and detachable aluminium cylinder heads. The weight was 375 lb.
DS started life out with a registration number of PO 3338 (not found at DVLA’s record office so it may be possible to apply for it) and in 1947 was with Robert Fox of Chichester with a sidecar attached. It was taxed every year up until 1959 and then sold to Stuart Tallack of Felpham in Sussex in 1977. In August 1983 it was bought by David Crouch of Hailsham, presumably as a project as when he registered it with DVLA it was assigned a new number of DS 9578. Our vendors father, renowned serial vintage restorer Spike Holman, purchased it as a dismantled project in 2005 and began the resurrection of this rare machine. It is believed this machine had been dismantled at one point and the engine used as a boat winch at Peacehaven in Sussex, presumably prior to the 1983 DVLA registration. The engine is stated to have had new sleeves and pistons, new big ends and a rebuilt magneto, it has been running but not for some period of time so recommissioning will be required.
Sold with the V5C, two R.F 60A as PO 3338, various manuals and literature. 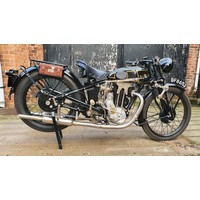 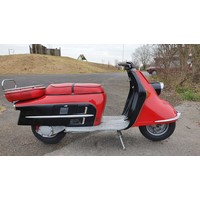