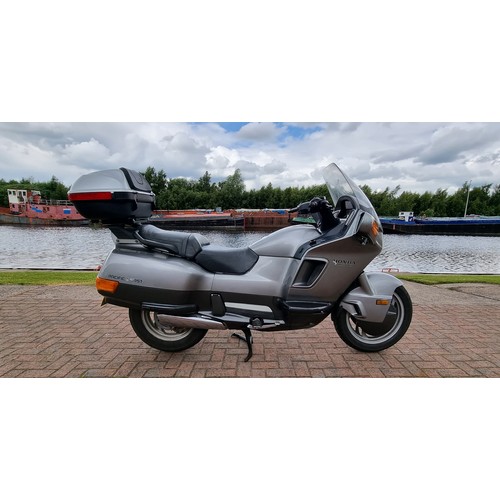 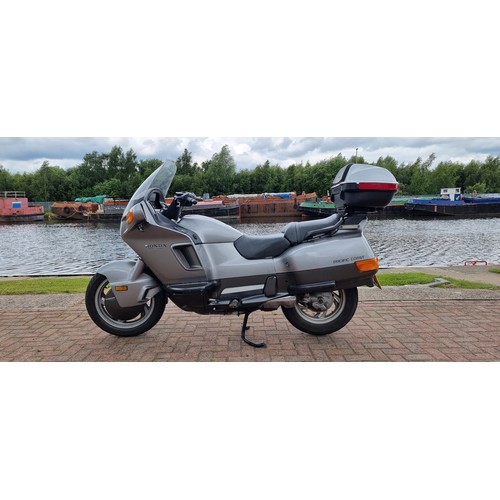 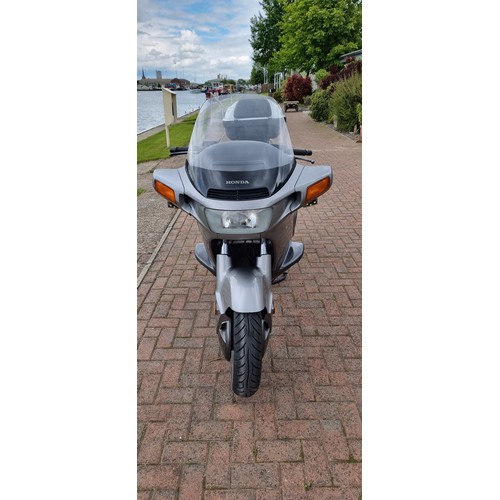 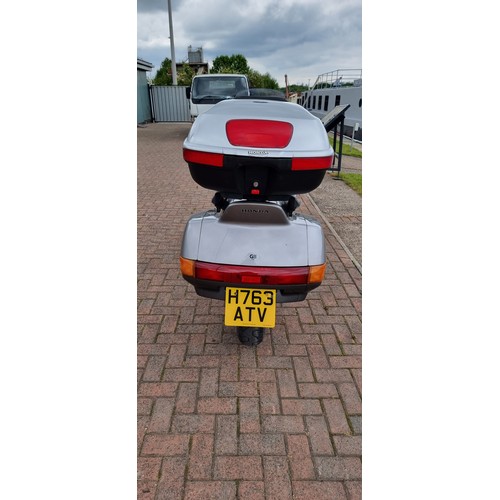 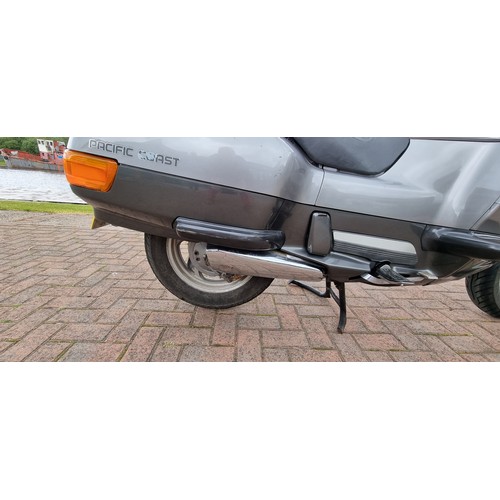 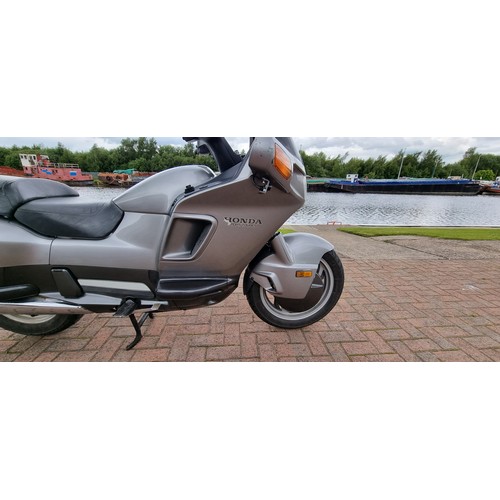 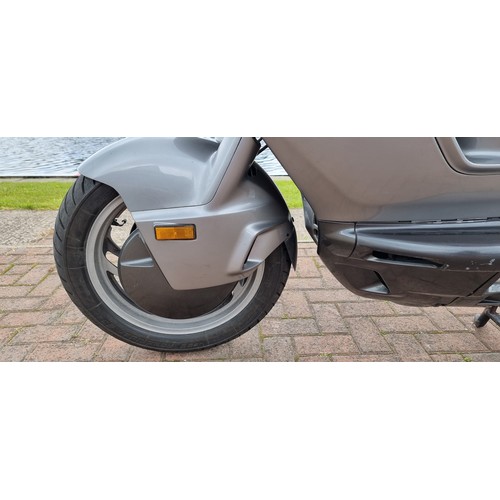 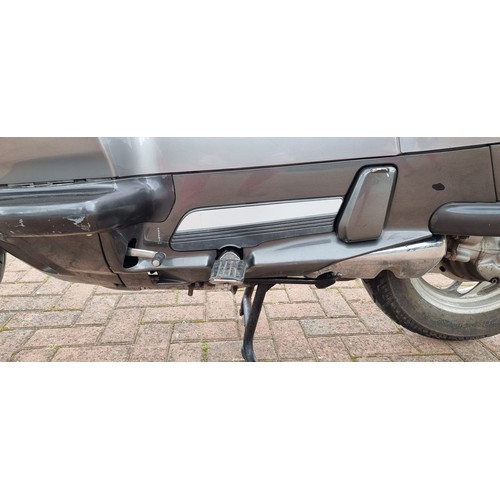 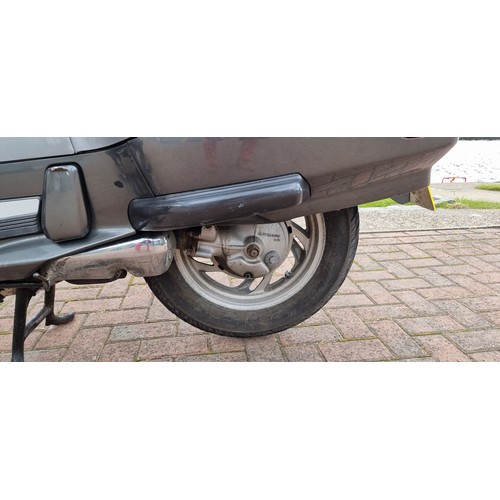 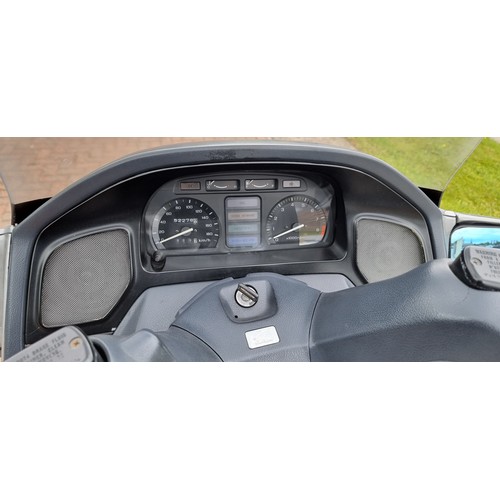 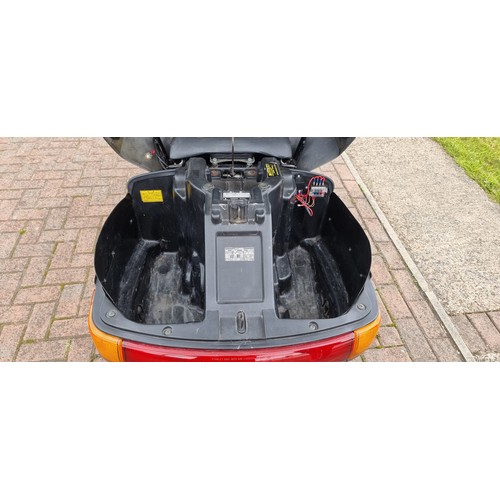 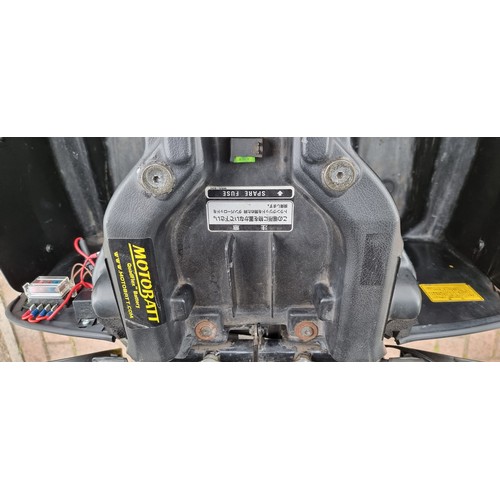 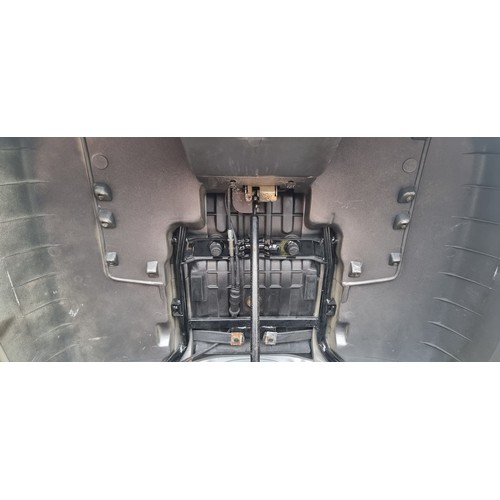 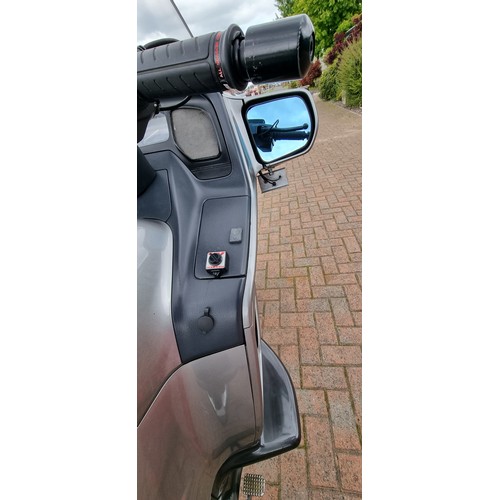 The Pacific Coast was manufactured by Honda between 1989 and 1998, named after California's Pacific Coast Highway, over 14,000 were sold in North America, Europe and Japan. The bike is noted for its single integrated boot straddling the rear wheel and full bodywork.
ATV was imported into the UK in 1999, by 2004 it was with George Budd of Deal and later Gareth Roberts of Mountain Ash in 2008, followed by Mr Leeming of Liverpool a couple of months later. The first MOT on file, is from 2004 at 32,098 km (19,94421 miles) and every year since a few miles had been added until 2015 at 49, 849 km. It was then stored before being sold by these rooms at the Sledmere House auction of October 2019.

Recommissioned by our vendor and MOT'd at 49,877KM he set about improving the machine with heated grips, LED headlamp and driving lamps, new Hagon shocks, new steering head taper bearings, fully rebuilt the front forks, the front calipers were resealed, USB and 12v sockets added and upgraded the rear drive unit to an 1100 version, (this reduces the revs by 500RPM when cruising).
Used by him for the last three years the mileage has increased, the last and current MOT was undertaken in November 2021 at 52,080KM. It is now being sold as he requires a hip operation and is downsizing to a smaller machine.

Sold with the V5C, MOT history, various receipts for works, two keys, including the red master one. It was ridden to the saleroom but the battery is very low so will need replacing. 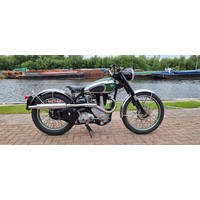 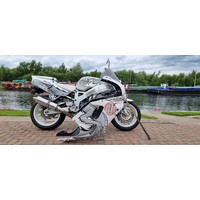