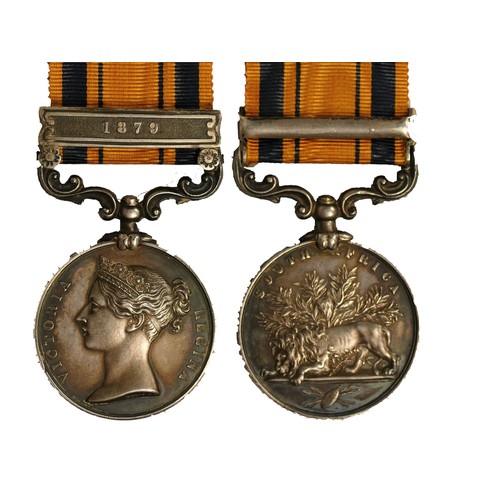 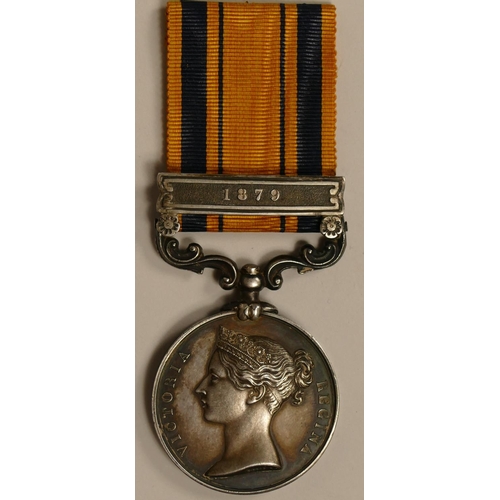 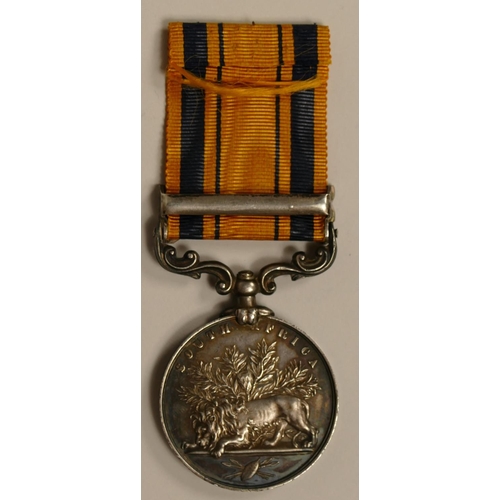 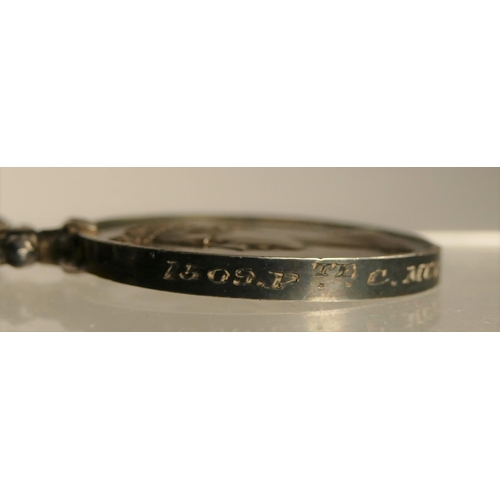 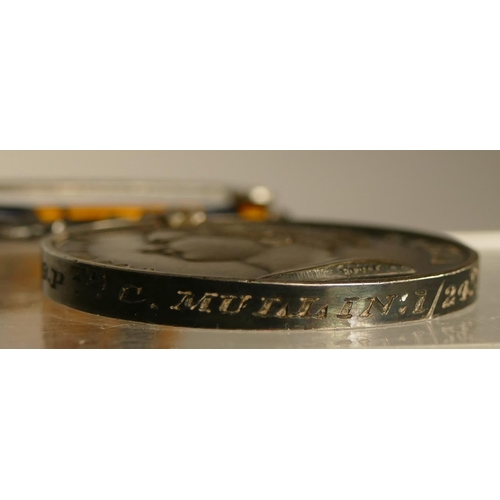 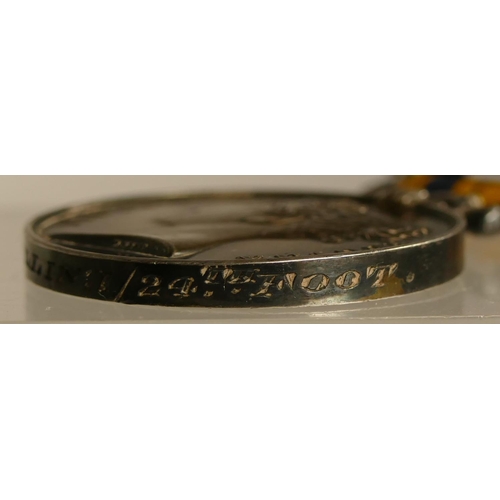 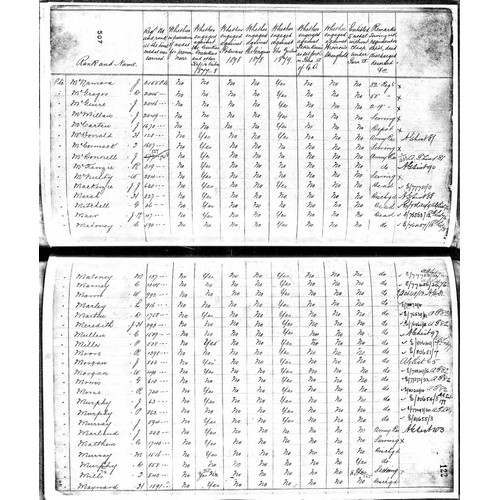 Provenance; purchased by the vendors father in the 1970's.

With thanks to Celia Green, Archivist/Researcher, The Regimental Museum of The Royal Welsh, sold with a copy of her research and a copy of the Medal Roll entitlement.

ISANDLWANA
On 11th January 1879, the Force crossed from Natal into Zululand in three columns. The Force Commander, Lieutenant General Lord Chelmsford, accompanied the left column, which was commanded by Colonel Richard Glyn, 24th Regiment, and comprised 1/24th and 2/24th, a field battery, some mounted infantry and two battalions of the Natal Native Contingent. This column crossed the Buffalo River at Rorke’s Drift, and for the next week was engaged in road making tasks.
On 20th January, leaving B Company 2/24th under Lieutenant Gonville Bromhead to guard the drift, the stores and a hospital established there, the column advanced to Isandlwana Hill, ten miles east of Rorke’s Drift.
During 21st January, a reconnaissance to the south-east came into contact with the Zulus and at 4 am on the 22nd January Lord Chelmsford with 2/24th, the artillery and some of the Natal Native Contingent moved out to bring them to battle. Left in camp at Isandlwana were the headquarters and five companies of 1/24th under Lieutenant-Colonel Henry Pulleine and G Company of 2/24th. Although there had been reports of Zulus to the north-east the previous day, Lord Chelmsford had taken no steps to verify this nor had the camp been put into a state of defence.
At 7 am Zulus were seen collecting in the hills to the north-east of the camp. The alarm was sounded, the troops stood-to, and a message was sent off to Lord Chelmsford, who apparently thought the news of no consequence as he took no action when he received it.
At 10 am Colonel Durnford of the Royal Engineers, arrived in camp from Rorke’s Drift with a rocket battery, 250 mounted Basutos and four companies of the Natal Native Contingent. He was senior to Lieutenant-Colonel Pulleine, and promptly took his men out to attack the Zulus, telling Pulleine to send a company to support him; this he did, the company moving to a ridge 1,500 yards from camp. About mid-day Durnford’s force was heavily attacked and he demanded more support. Pulleine reluctantly sent out a further company, leaving himself with only three companies of 1/24th, one of 2/24th and the Natal Native Contingent.
Masses of the enemy were now advancing directly upon the camp itself, Durnford’s men were retiring and all the companies of the 24th were in action and hotly engaged. Vigorously as the attack was pressed, the 24th were standing their ground well, shooting steadily and confidently and making every round tell. The Zulus, though their main body had worked to within 200 yards of the 24th line, were finding the fire too hot and were on the verge of retreat. Indeed had the ammunition supply been maintained the attack might have been beaten off, but there was great trouble in getting the ammunition boxes off the kicking and plunging mules, and difficulty in opening them, as in those days the lids were screwed down.
Suddenly at about 1.15 pm the fire slackened, the Zulus seized their chance and dashed in with loud shouts, the Natal Native Contingent fled and the Zulus poured through the gap. In a short time all was over. The men of the 24th were found afterwards lying in groups back to back where they had stood to fight it out. Rings of dead Zulus all about them showed how they had held out till their ammunition failed.

Only ten men of the Regiment escaped. 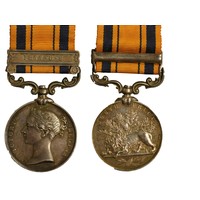