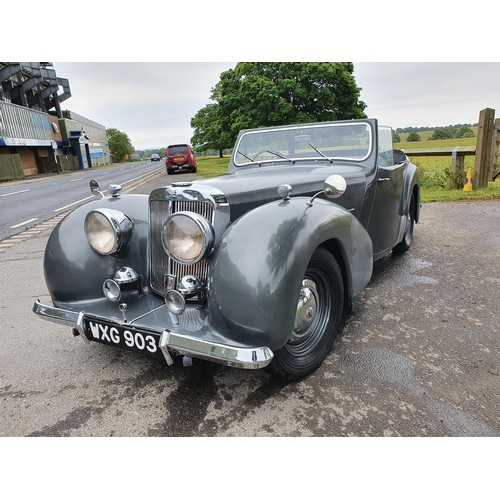 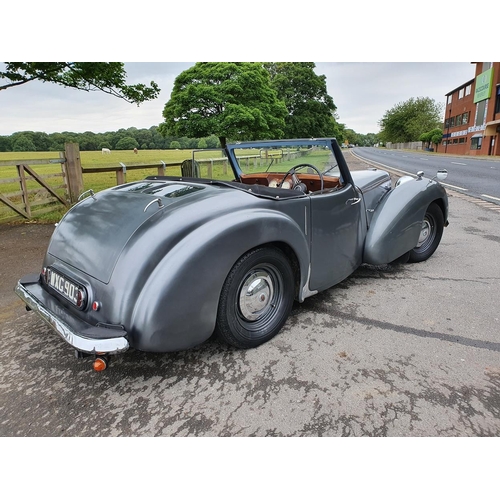 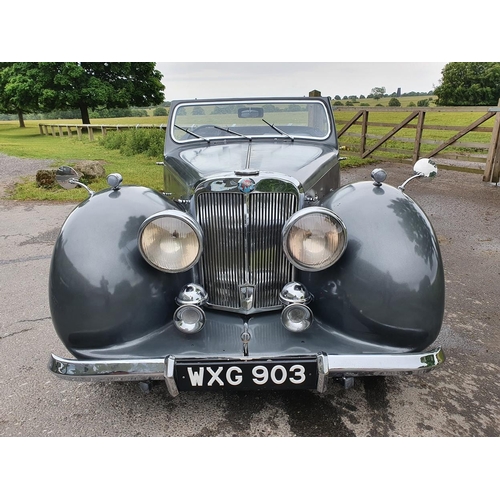 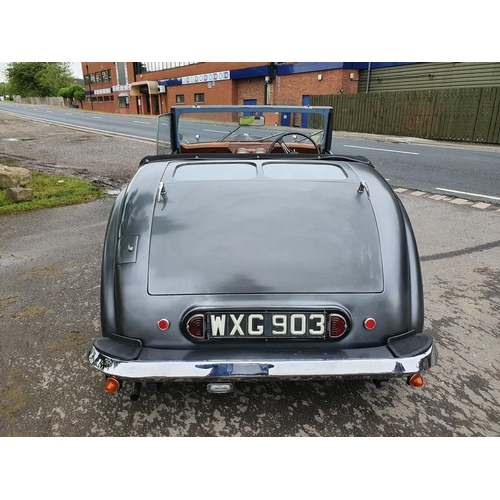 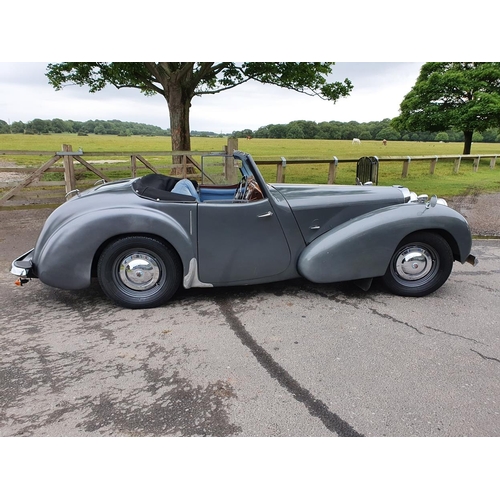 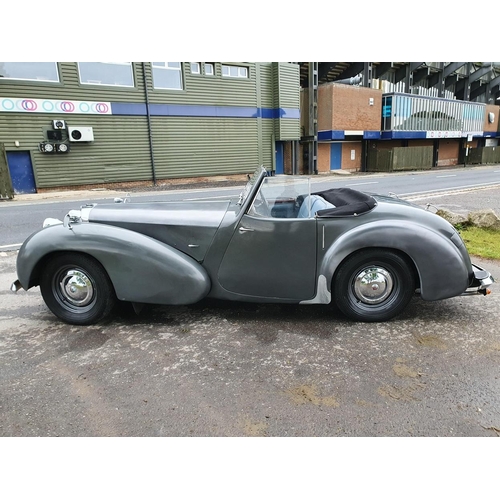 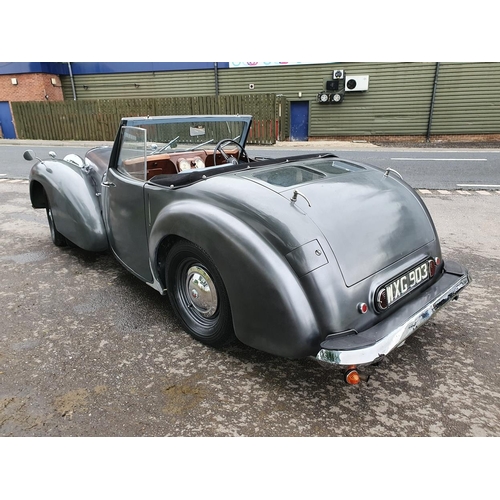 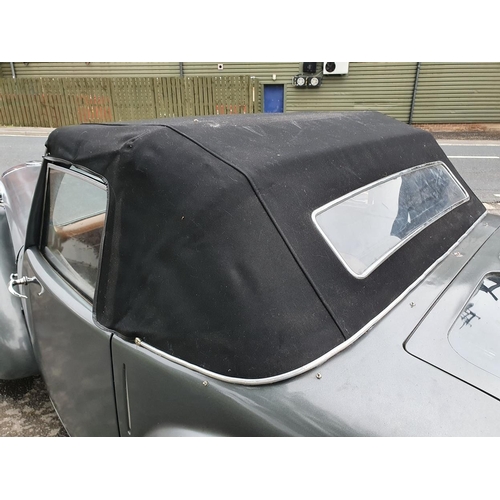 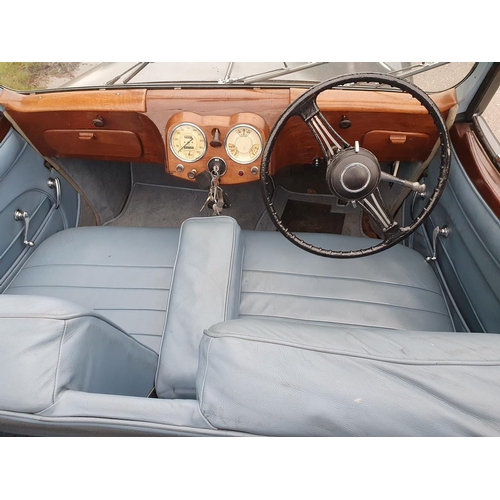 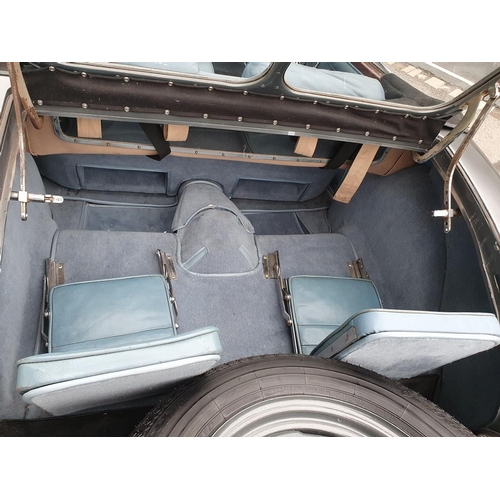 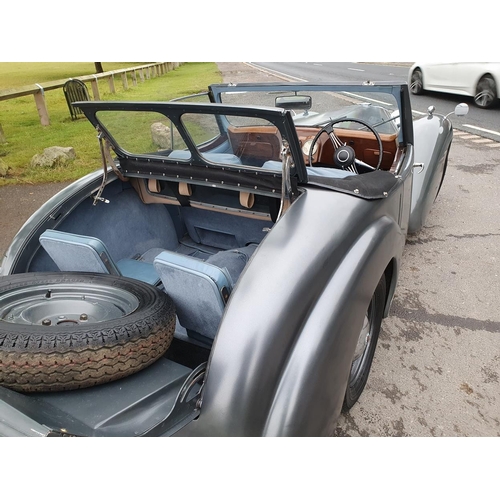 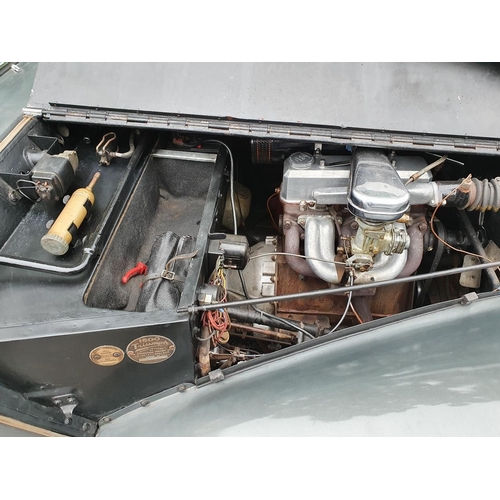 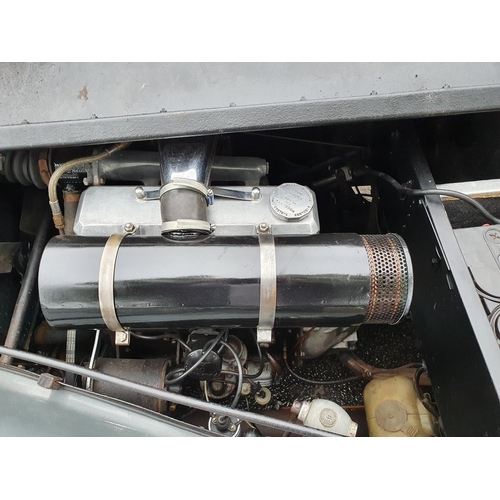 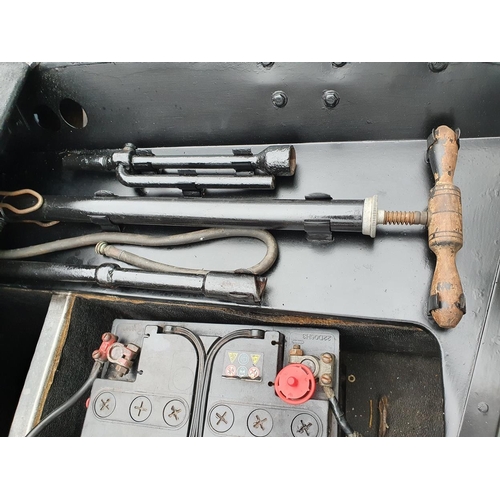 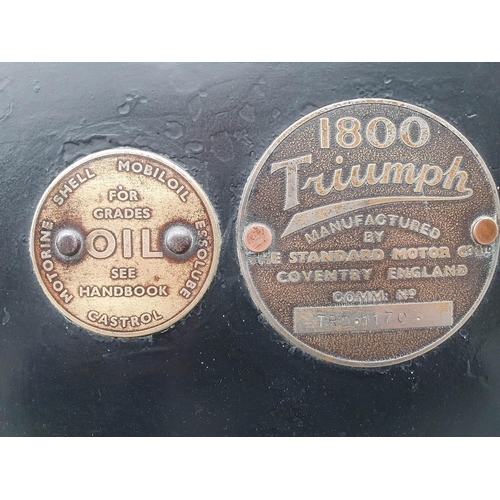 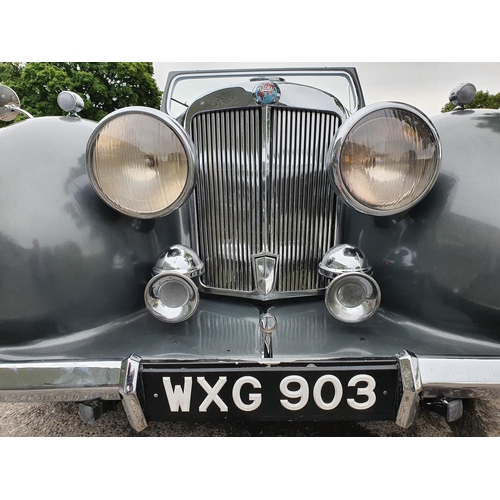 1947 Triumph 1800 Roadster, 1776 cc. Registration number WXG 903 (non transferable). Chassis number TRD 1170. Engine number TRD 1170.
The 1800 Roadster was designed in the closing days of World War II. Triumph had been bought by the Standard Motor Company in 1944, and the managing director of Standard, Sir John Black, wanted a sports car to take on Jaguar, who had used Standard engines in the pre-war period. After getting Black's approval for the general shape, Frank Callaby worked with Arthur Ballard to design the details of the body.
Early post-war steel shortages meant that the body was built from aluminium, using rubber press tools that had been used making panels for the largely wooden bodied Mosquito bomber that had been built by Standard during the war. The engine was a version of Standard's 1.5-litre, four-cylinder side-valve design that had been converted to overhead valves by Harry Weslake and built by Standard exclusively for SS-Jaguar before World War II. The Triumph version differed from the Jaguar version in having a 6.7:1 compression ratio instead of the Jaguar's 7.6:1 and a downdraught Solex carburettor instead of the Jaguar's side-draught SU. A four-speed gearbox with synchromesh on the top three ratios was used.
The tubular steel chassis was a short-wheelbase version of the 1800 saloon, featuring transverse leaf sprung independent suspension at the front and a live axle with semi-elliptic springs at the rear. The rear track was wider than the front by some 4 inches. Brakes were hydraulic.
WXG was originally registered on the 27th September 1947 as AEE 808 and owned by Antony Richards of Shepton Mallet; in January 1962 he sold it to Antony Holmes and then Gerald Pavey in the May, by 1966 it was with Maurice and Sheila Tarrant of Bournemouth and in use until at least 1970 when it was MOT'd at 45 miles. By 1978 it was with its long term owner, Dr Evans of Axminster as he was in correspondence with the Dept of Transport then. There is a V5 on file with this registration number from 1995.
Between 1984 and 1995 he had the car fully restored and painted in gunmetal grey and fitted with blue Connolly Hide, blue Mohair hood and blue 100% wool carpets by Axminster Upholstery at a cost of £2,660, a stainless steel exhaust was also fitted. MOT history from 2006 until 2012 shows the mileage rising from 1,932 to 12,226 when it was taken off the road.
In 2015 he was issued the new registration number WXG by DVLA for an unknown reason and the MOT mileage had dropped to 1,238 miles, today it is at 1,752 miles. Purchased in November 2018 from Charterhouse of Sherbourne Auctioneers at the Bristol Classic Car show, it has had summer use and our vendor has decided sell due to a change of circumstances.
One of only 2501 1800's built between 1946 and 1947, this older restoration runs well and the Axminster interior has stood the test of time very well. Further detailing will make this a wonderful period machine.
Sold with the V5C, V5, R.F.60, vast history folder and the owners handbook 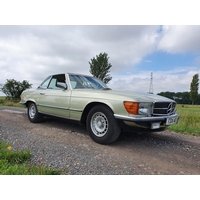 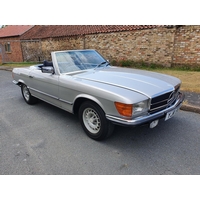