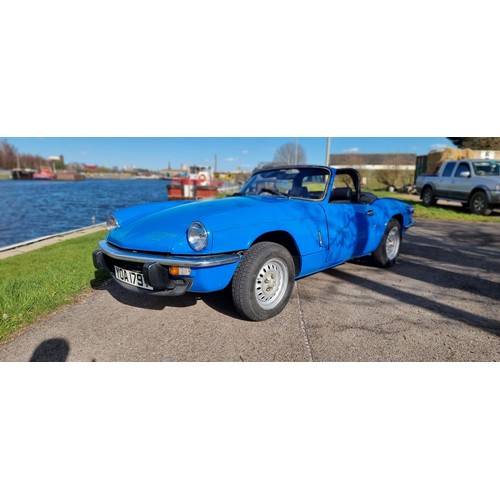 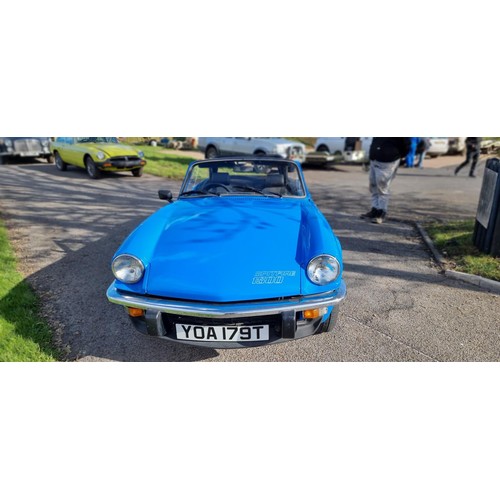 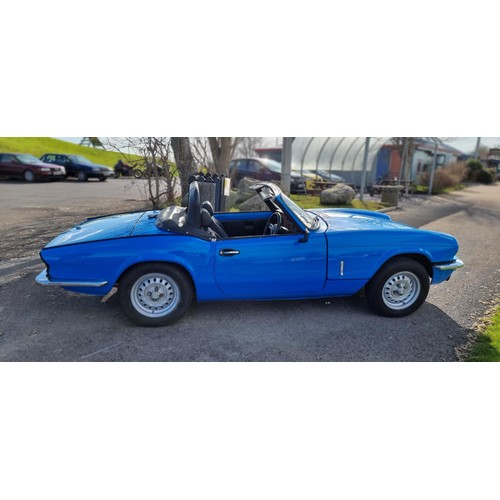 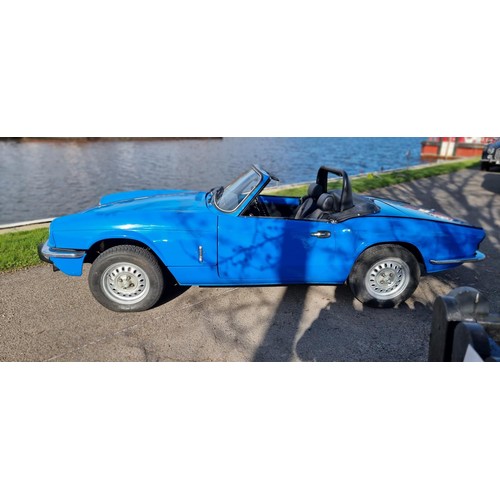 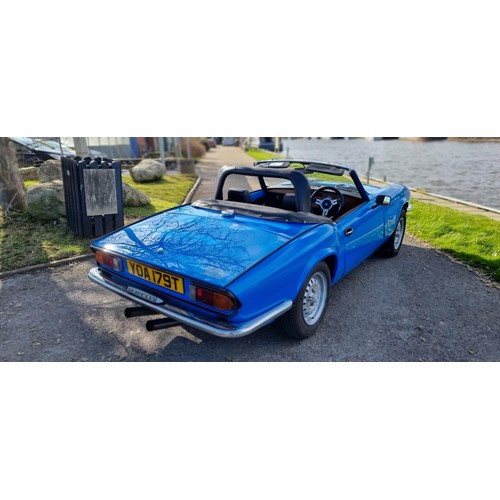 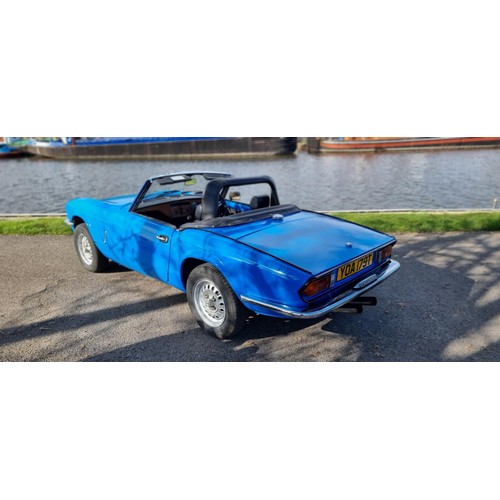 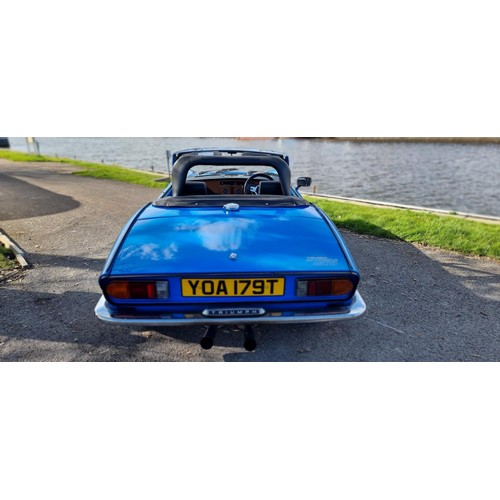 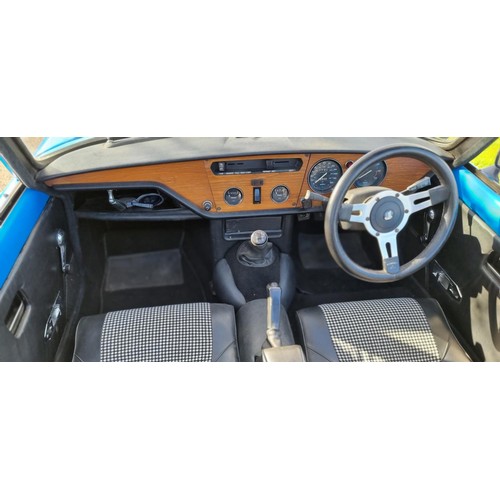 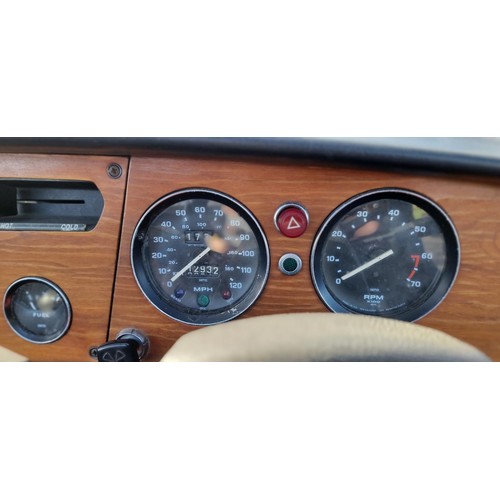 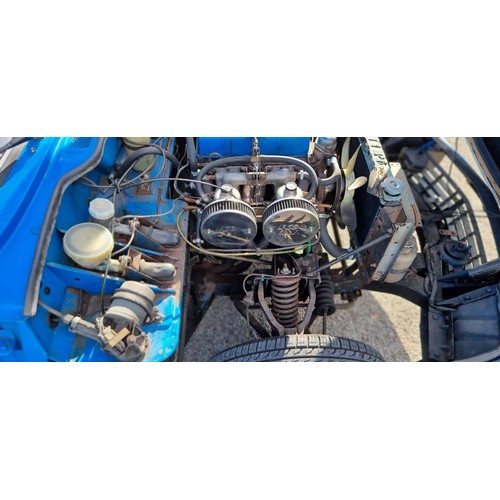 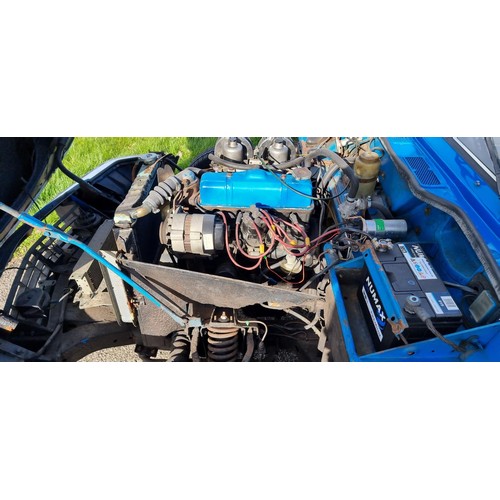 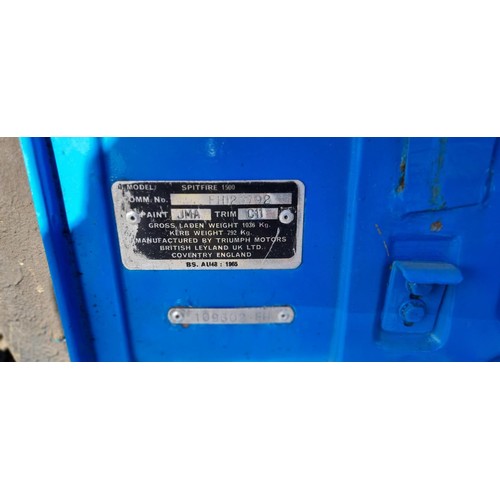 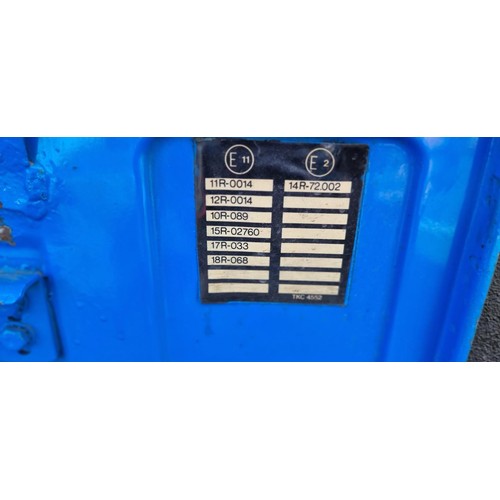 1978 Triumph Spitfire 1500. Registration number YOA 179T. Chassis number FH 126792. Engine number FM/113303-HE.
The Spitfire was conceived by Standard-Triumph to compete in the small sports car market against the Austin-Healey Sprite. The Sprite had used the drive train of the Austin A30/A35 in a lightweight. The Spitfire used mechanicals from the Herald. Where the Austin A30 used monocoque construction, the Herald used body-on-frame — a chassis Triumph was able to downsize, saving the cost of developing a completely new chassis-body unit.
Giovanni Michelotti, who had designed the Herald, styled the bodywork, which featured wind-up windows (in contrast to the Sprite and Midget, which used side curtains) and an assembly of the bonnet and wings that opened forward for engine access. The Spitfire's introduction was delayed by its company's financial troubles in the early 1960's and was subsequently announced shortly after Standard Triumph was taken over by Leyland Motors. When Leyland officials, taking stock of their new acquisition, found Michelotti's prototype under a dust sheet in a factory corner, it was quickly approved it for production.
The Mark IV featured a redesigned rear design similar to the Triumph Stag and Triumph 2000 models, both also designed by Michelotti. The front end was revised with a new bonnet pressing eliminating the weld lines on top of the wings/fenders, door handles were recessed, the convertible top received squared-off corners. The interior was revised to include a full-width dashboard, with instruments ahead of the driver rather than over the centre console, initially finished in black plastic and beginning in 1973 finished in wood. The 1500 followed in 1974.
YOA comes with an extensive history; the Heritage certificate states it was built on the 5th September 1978 but not registered until the 14th February 1979, normal for a sports car.
There is history from 1988 when it was owned by Mr Smith when he had the big end bearings replaced as well as a sill. In 1989 Mr Hardman of Chelmsford had the engine built at 88,000 miles. Eric Sullivan of Flitwick was the owner from 1990 and he set about a comprehensive restoration, including the body tub in 1994. MOT's are on file from 1992 at 6,470 miles, by 2007 it had risen to 9,125 miles and and 2017 at 12,290. Our vendor bought it in 2009 and has only added a few miles each year.
Sold with the V5C, MOT history, Heritage certificate, large receipts history, this appears to be a well sorted Spitfire, ideal for summer fun. 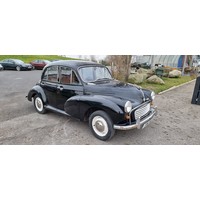 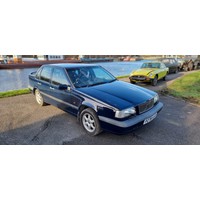