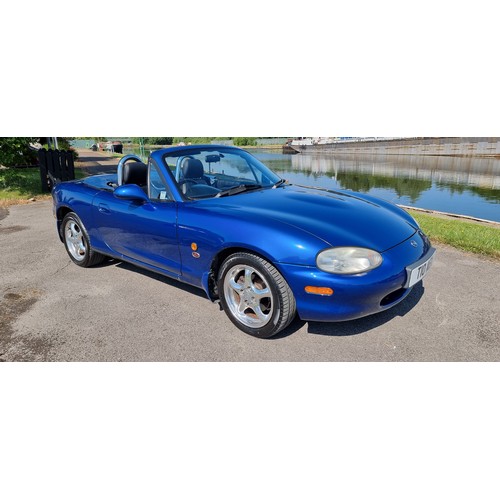 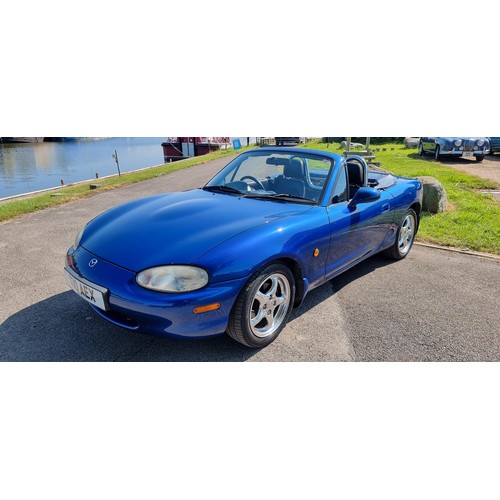 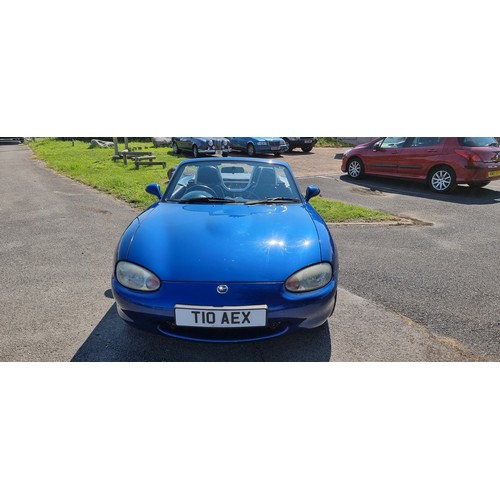 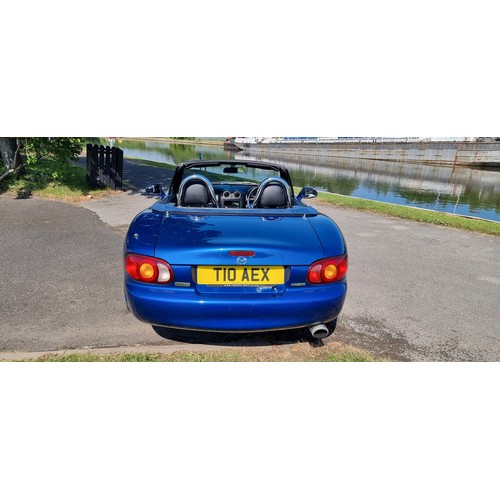 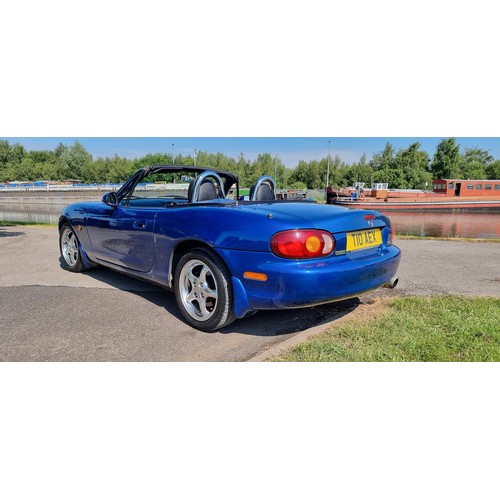 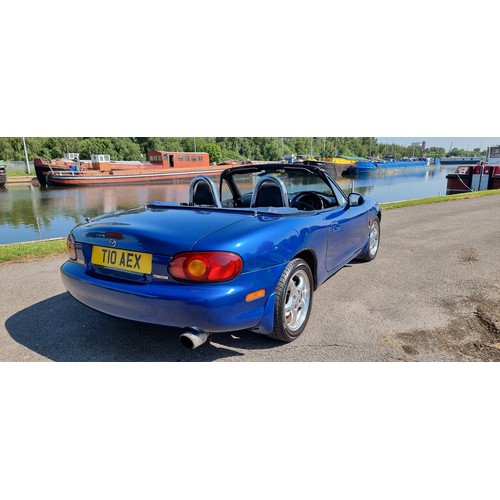 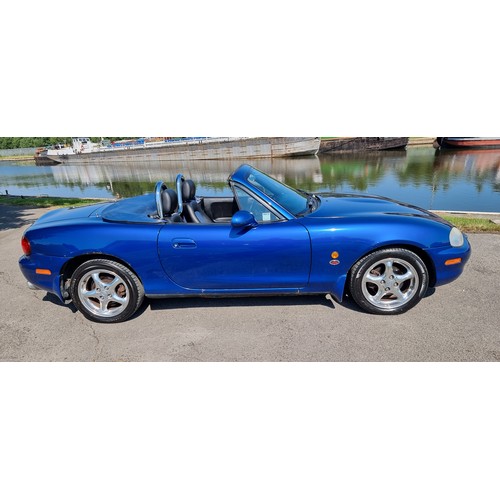 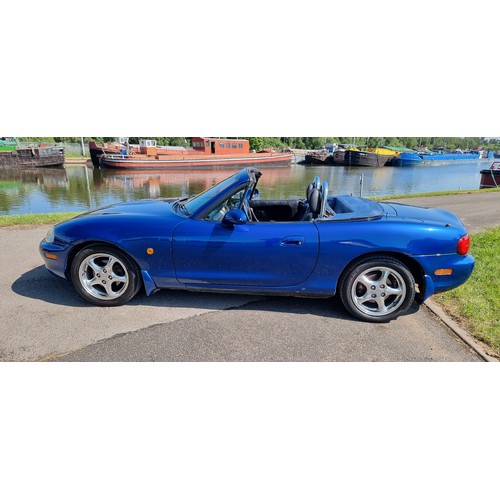 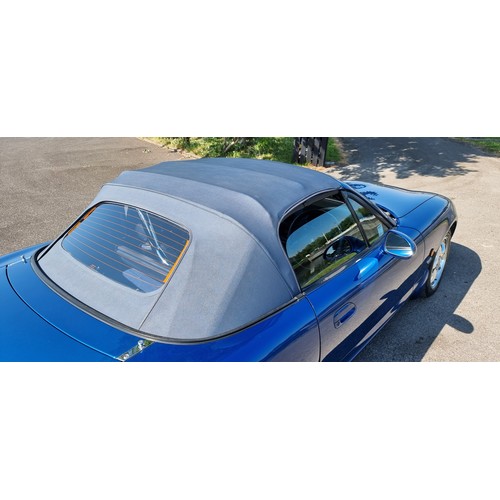 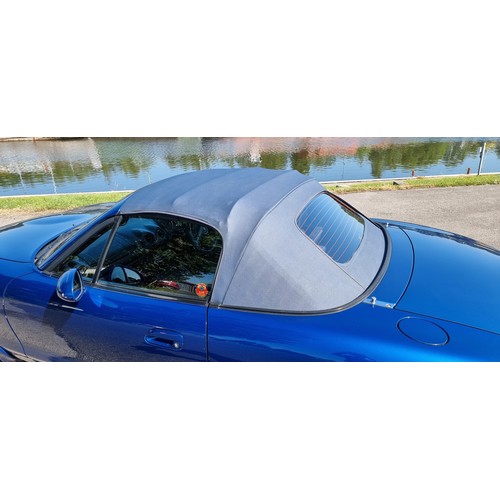 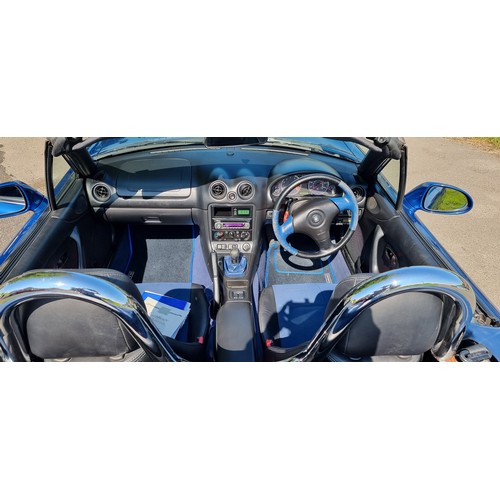 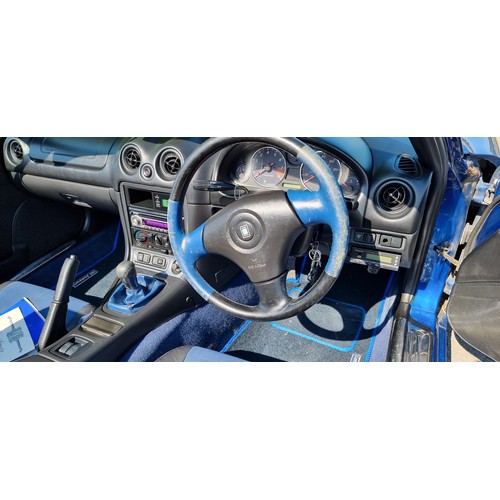 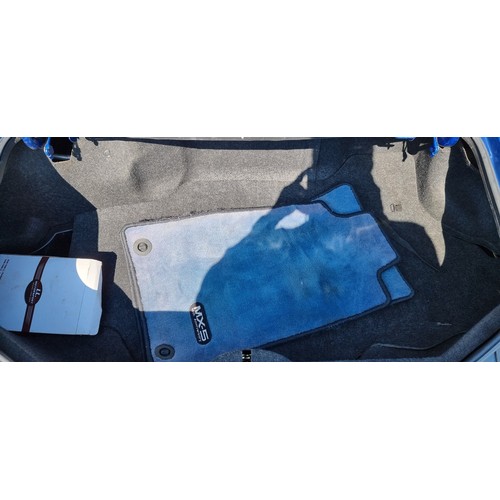 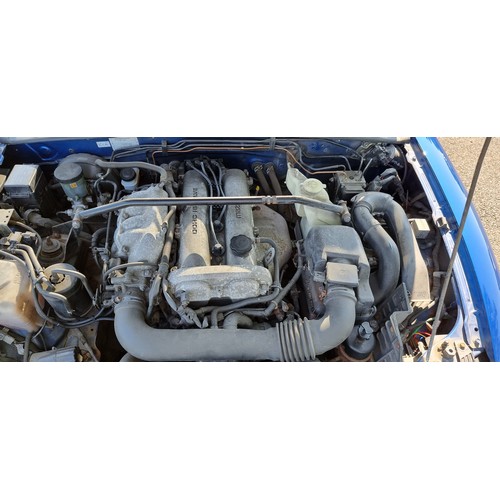 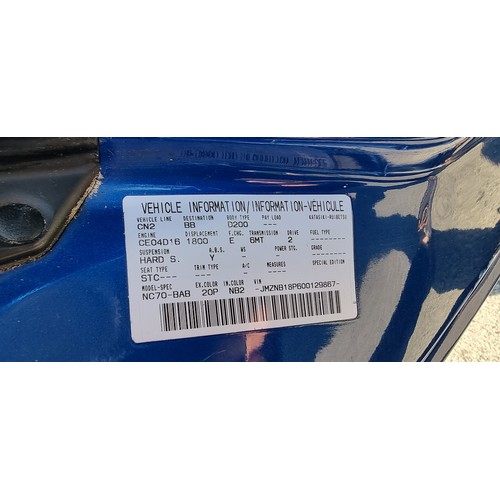 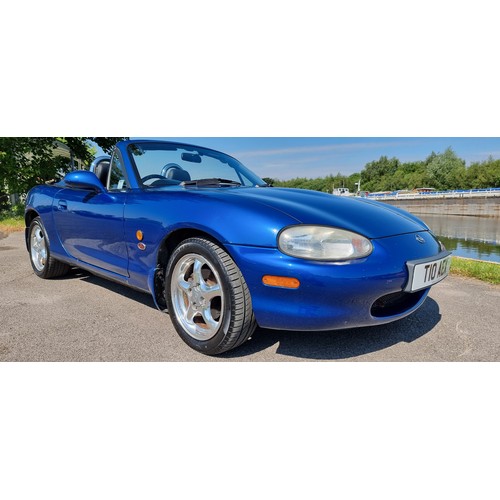 1999 Mazda MX5 10th Anniversary, 1800cc. Registration number T10AEX. Chassis number JMZNB18P600129867. Engine number BP 392029.
The 10th Anniversary is based on a standard 1.8iS model and was introduced to celebrate the Mazda MX-5's 10th birthday. This high spec MX-5 would cost you £21,100.00 when purchased new.
Only 7500 units were made in 1999 and internationally dispatched as follows: Japan 500, UK 600, USA 3000, Canada 150, Europe 3100, Australia 150.
This special version was finished in Innocent Blue Mica with a matching vinyl soft top and sported chrome 15" alloy wheels, low profile tyres and locking wheel nuts.
The interior was trimmed with black leather seats with blue suede inserts. A special 10th Anniversary mat set protected the blue carpet and a blue tonneau cover was used to match the soft top. Further enhancements included chrome instrument cluster rings, carbon fibre trim and a two-tone Nardi leather steering wheel. Standard specification also included: ABS, Torsen LSD,
airbags, central locking, security immobiliser and alarm, electric windows, mirrors and aerial, 6-speed gearbox and power steering.
AEX is number 6,728 of the 7,500 (certificate present) and was first registered as T938 AGO on the 29th of June 1999 by White & Sons of Surrey to Mrs Messenger. Serviced by them at 4,202 , 8,620 and 16,820 in 2003 it was then sold to Dawn Minns in Hull who had it serviced at 25,652 miles in 2004. Our lady vendor bought it in July 2005 and has enjoyed many years of motoring. The yearly MOT's and servicing show the mileage rising to 137,523 when the last MOT was undertaken in January 2021. A new hood was recently fitted. It is believed there are only some 230 of the model on the UK roads today.
Sold with the V5C, cherished registration transfer, MOT until January 2022, past MOT's, service records, original certificate, brochure, owners manuals, over and two keys. 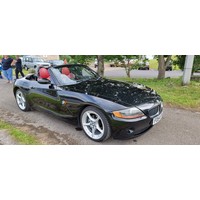 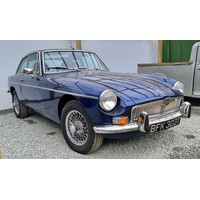